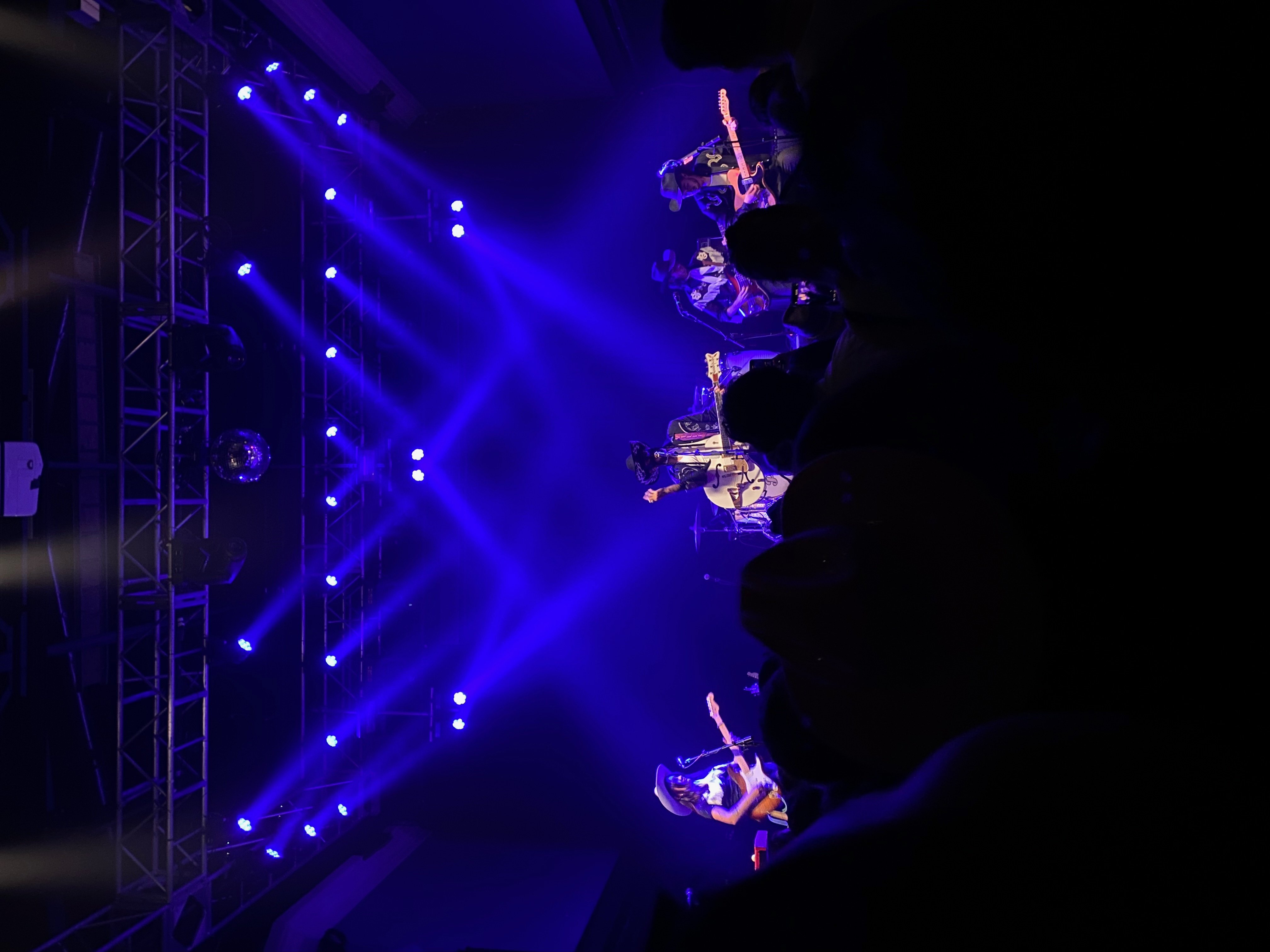 On Monday, May nineteenth, country singer Orville Peck took the stage in Washington D.C. at a venue called the 9:30 Club as part of the tour he embarked on this past April. Dawned in his typical outfit, a mask with fringe falling down from it, a cowboy hat and boots, a wife-beater tank top, and jeans with a belt buckle, fans went crazy as he entered the stage. Orville Peck is somewhat of a mystery, always covering his face and never revealing his real name and not giving many secrets about his personal life. While he might be a mystery, it was no mystery that the sold out crowd for his first of two nights in D.C. was incredibly excited to see him perform. This tour, entitled the Bronco Tour, featured songs from his newest album, as well as fan favorite songs from his previous works. With his deep, commanding voice and his captivating style, this concert was unmissable.

The album the tour was in support of was Bronco, a fifteen song album consisting of singles like “C’mon Baby Cry” and “The Curse of the Blackened Eye”. This album feels like a classic country album, despite the fact that it was released in April of 2022. He takes Western themes, like struggling with life on the road, abuse, and depression, and makes them his own. Following his predecessor’s Willie Nelson and Johnny Cash it’s easy to feel overdone or like a new copy, but each song is uniquely Peck’s. Most country music has moved into the sub-genres of so-called stadium country or Christian country, but Peck has stayed true to the original messages of country music. Not only does the album have great lyrics and messages, but it showcases Peck’s voice excellently as well. He’s well known for his lower range that makes your chest shake when he opens his mouth, but this album featured more high notes for the singer, marking something that his fans haven’t seen before. Because of the success and general love for the album, it made getting to go to the Bronco tour even more exciting.

The evening itself started off with the opener Teddy and The Rough Riders, a country band from Nashville, Tennessee, consisting of four men, taking the stage around eight P.M. Their set was short and sweet, and did exactly the job of an opener: got everybody ready for the main act. People were still milling about throughout their set, but everyone seemed to be generally enjoying it. One of the songs they performed, “Dancing Lady”, seemed to make the audience get up and dance. Additionally, “Edna”, a song about one of the member’s dog, made everyone collectively laugh and smile. While the band doesn’t currently have many songs out and their last release was in 2019, they did promote their new album, which comes out on July first. Many of the songs they performed were unreleased and to be featured on the upcoming album, which effectively amped up the excitement of the release. While they weren’t the main event the audience was there for, they still put on an incredible performance, amped up the crowd, and garnered some new fans.

Shortly after Teddy and The Rough Riders, it was time for the main event: Orville Peck. The lights went down, and you could hear that he had come on before you even saw him because of how loud the audience screamed. He broke out into “Daytona Sand”, which is also the first song off of the album Bronco. The whole audience sang along, and got louder as he sang the lyric “you can’t trust a man”. The concert carried on, and started off with many songs off of his latest album. He talked to the audience, encouraging everyone to dance, cry, and sing along with him. He watched the crowd closely during “Outta Time”, a fast paced, heavily lyrical song about the chaos of being an artist on tour. After the song, he handed out roses to a select few who he noticed knew all the lyrics. This close connection to his fans made everyone more excited, and you could tell the increase in energy from everyone after this moment. People danced together and connected with those around them as Peck kept crooning.

Not only was Orville Peck incredible, but so was his band. He’s had the same band for most of his career, and there’s a clear connection between each member. They all moved in sync, and were having so much fun being up there together. The piano player, Bria Salmena, is the only girl in the band, and she carried the vocals of duets like “All I Can Say” and “Legends Never Die”, which made the crowd love her as much as they loved Peck.

Towards the end of the set, Peck played “Dead of Night” a song that was featured in the most recent season of the HBO show. This song became viral on the app Tik Tok, and led to a massive spike in the streaming records of Peck’s music. Everyone screamed when the song started, and the audience felt so connected. It became evident that the whole crowd was aware of the success of the song, and rejoiced at getting to hear it performed live. Shortly after, he exited the stage after performing the titular song “Bronco”. A few minutes later, he came back on for an encore, where he played “Take You Back (The Iron Hoof Cattle Call)”. Heads bounced up and down as people jumped and danced to the song, relishing in the last chance to soak in Peck’s live vocals. While many times at concerts the energy dips as soon as it ends, the elation of the crowd was felt as everyone left the venue.

Overall, the concert was a great evening. Teddy and The Rough Riders might’ve been forgotten as soon as Peck came on, but Peck’s set is one that will not be forgotten for a while. The stage and venue might’ve been on the smaller side, but he commanded it and made it his venue. There is no greater feeling than a group of different types of people coming together to enjoy something together, especially after two years of canceled events due to the pandemic. This concert showed that not only is Orville Peck the next big country star, he deserves to be that star.