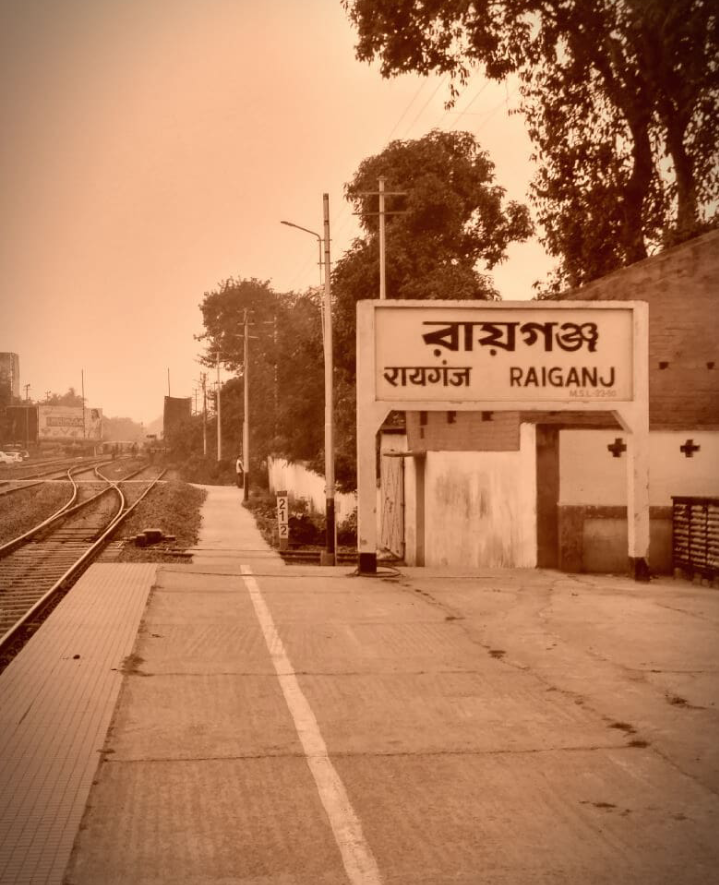 Two hundred years old Raiganj is a small town located on the Northside of West Bengal with thousands of dreams. This 36.51 km town is the headquarters of Uttar Dinajpur district. Around 183,682 people live here, having an 18,378/km density rate. The police station was set up 125 years ago, and railway connectivity reached the place 115 years ago. The origin of this municipal area is not known, so it's debatable. Some say there was a royal family whose surname was 'Rai' which is why this city got such a name. The widely accepted view is that, because of 'Rai Sorshe', a special kind of mustard, the town came to be known as Raiganj. But many people think that the town is named after Rai meaning Radha, the consort of Krishna and Ganj means village, so Radha's village. In this connection, Kaliaganj, the nearest city to Raiganj, comes from the word Kalia which means Krishna. 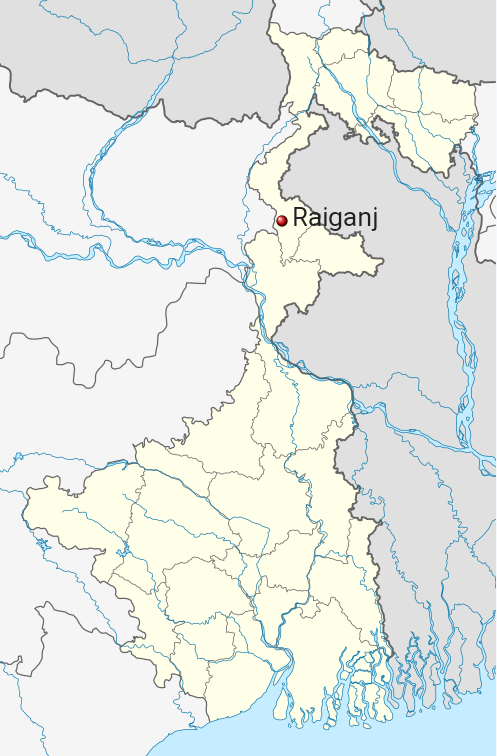 Raiganj Wildlife Sanctuary, also called Kulik Bird Sanctuary is the home to a large population of Asian openbills and other waterbirds. Raiganj is on the banks of the river Kulik. The Wildlife Sanctuary is the second largest bird sanctuary in Asia. Located alongside the river, this town is important for water connectivity. History tells us that trade and commerce used to take place through this waterway. During the first half of 1970, the navigability of the Kulik river decreased, and business through the waterway stopped. Especially after the dam was erected to prevent floods. The port area lost its significance, and at present, it is the most backward locality of Raiganj. 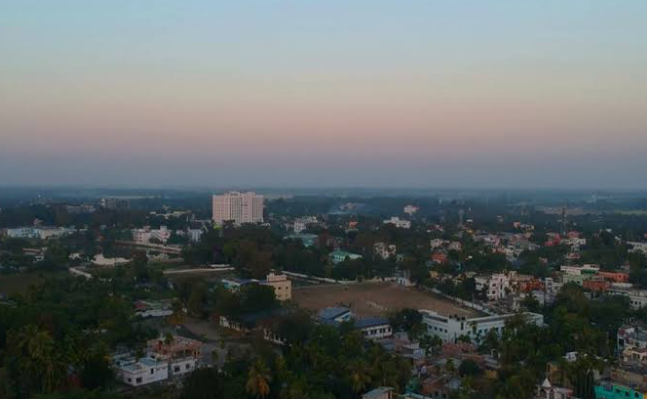 85% of Raiganj's residents come from Purba-Banga. They settled here after the partition of Bengal, leaving their houses and lands. Since it resides in a rural town, most of its residents are engaged in agriculture. Raiganj is the sole producer of a special quality of aromatic basmati rice called Tulaipanji. This rice gives a geographical tag by the government of India. A special kind of brinjal is also produced here. Especially during winters which taste unique to other species of this particular vegetable.

Some of the residents are carrying out small to medium businesses. This town remains an important trading center. Around two lakhs’ people visit Raiganj every day for business purposes. On average, 60 million business transactions take place here, even though there are no big industries. In the suburbs, there is a government undertaking spinning mill with about 800 employees. It is struggling and could shut down any day.

Talking about education, Raiganj is home to 106-year-old Raiganj Coronation High School. Government schools are more than private schools. Due to poor infrastructure and lack of faculties, government schools are losing popularity. Still, the town has been witnessing a large number of success stories. Most of the students are pursuing their higher education at UGC approved Raiganj University. 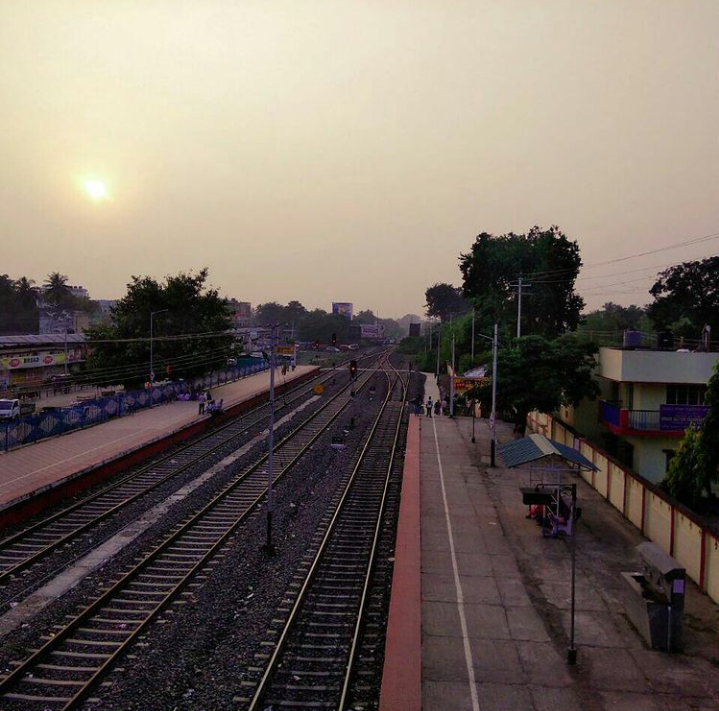 The transportation system is quite good but not so developed. Railway connectivity reached about 100 years ago. Due to the Indo-Bangladesh partition in 1971, the links through Bangladesh were lost, and the railway became only a branch line. NH34 connects Raiganj to the capital of the state, and Kolkata which is about 12 hours away. The daily passengers experience heavy traffic jams at Dalkhola. This route connects Raiganj to Siliguri. Raiganj also lacks railway connectivity because the station is on a branch line. In the 1960s, the broad gauge line was shifted to Malda-Barsoi-Dalkhola, thus bypassing Raiganj. The residers mostly use bicycles, motorcycles, e-rickshaws, auto-rickshaws to move around the town. Due to e-rickshaws and motor vehicles, rickshaw pullers are now in deplorable condition.

For many years the residents of Raiganj were facing a health crisis. Since 2016, Raiganj is witnessing rising in the healthcare system due to the Super Specialty hospital. The best news was the inauguration of the medical college, and the hospital has two campuses. Although having various nursing homes and a super specialist hospital, there is hardly one ICU. For serious cases, people need to go to Siliguri which is six hours away or Kolkata which is 12 hours away. Patients often die on the way as a result of complications. 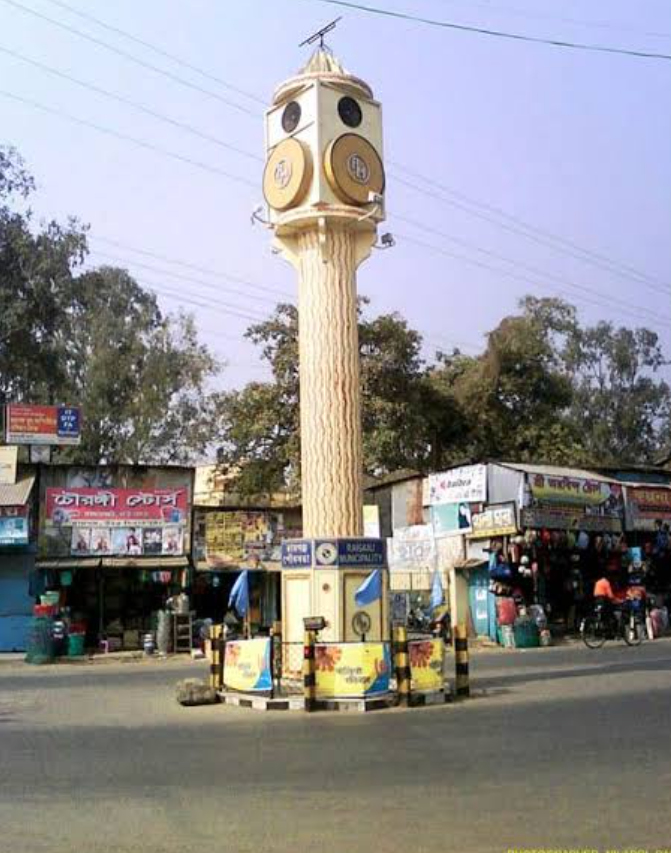 As a resident for the last 22 years, I have experienced a plethora of pros and cons. Being a small-town girl, I have learned how to live a simple life with high thinking. The simplicity of the town has taught me how to handle my insignificant crisis by looking at people who are more unprivileged and by understanding their sufferings. Besides, many of my memories are intertwined with Raiganj as my hometown.