A Trip Down The Memory Lane- Revisiting The 2000s 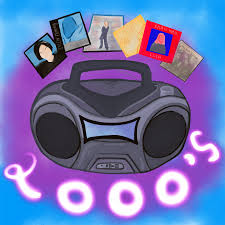 Imagine, it is 2006 and it is raining. Your mom is in the kitchen making hot crisps. Wasn’t life good back then?

If you were born in the late 90s or the early 2000s this article will take you back in time. We will revisit everything that made the time beautiful.

Let me begin by telling you the purpose behind this article.

On a random Tuesday afternoon, after lunch, I sat down to clean my wardrobe. As the pile of clothes that I had stuffed for a week fell upon me, I saw a box at the very back. It was labeled “school memories”. Without any hesitation, I took the box out and boy, was that a journey. I relived my entire childhood and I thought, we kids of the late 90s and early 2000s are either in college or working, wouldn’t it be nice If I took us all on a memory ride?

This ride will take you on quite a long journey. The first stop would be your childhood, through the waters we reach our next stop, school. and as we move upwards closer to the jungle, we will stop at the snack stop and reminisce about our old sweets and chips. After a brisk journey, the roller coaster will reach a high and will come down the steep rail and finally stop at your best memories.

To begin with, do you remember how the weather was back in the 2000s? With less pollution, we were able to see stars every night. Not one or two but 10 or 20 of them. We’d sit on the terrace counting them until mom called us for dinner.

Most of us might have spent our summer holidays at our grandparents’. No one can pamper a person better than grandparents. They know how to make a child happy.

Do you remember how all your cousins would assemble at your grandparent’s place and create chaos?

Back then, there was this show called Takeshi's Castle. It would showcase people playing different games and rides much like Khatron Ke Khiladi but for kids.

I remember taking out the sofa cushions to play “stepping stones”. Because we are talking about shows, do you remember Oswald? The blue octopus with his pet dog living life as if they were humans?

Oh, and Noddy, of course! Do you remember Noddy and his friends going on different adventures and villains trying to catch them? If that premise is wrong please don’t hate me, I don’t exactly remember the story.

All I remember is the essence of these shows that stayed with me. Although I don’t remember most of the storylines, I do remember how much I enjoyed watching them. At every family gathering, I and my cousins always talk about these shows.

The most popular shows of the time were Shin Chan and Doraemon. Would you judge me if I say I still watch them every once in a while?

If you were a little older, you must have watched Sarabhai vs Sarabhai and Khichdi. They were the most popular Hindi shows back then. It is quite similar to the new shows such as Modern Family. They tickled every part of your body until you could no longer breathe. You will find these shows on Hotstar in case you want to watch them again.

Back then air conditioners were there but we didn’t use them as frequently as we do now. There were no split air conditioners. We had window ones. We’d mostly use coolers.

In summers, we’d put that cooler in the hall, help dad pour water into it and then make sure that all of us were getting cool air in our respective places.

Summer meant fresh mangoes. As soon as dad brought them, we’d open the cover and enjoy its delightful scent. Dad would cut those mangoes and we'd all sit in front of the television watching MasterChef India. The first season had Akshay Kumar in it and it was one of the most amazing shows at the time.

In rainy seasons we’d make origami boats and leave them on the road as water flowed.

Now let’s move on to movies.

Do you remember watching Taare Zameen Par and dancing to the “bum bum bole” song? We were too young to understand Rang De Basanti, but what a legend of a movie. I’d recommend it to anyone who hasn’t watched it yet.

Lagaan started a fire of cricket in us. We'd spend evenings gathering in the colony and playing cricket until all our mothers were out on the balconies shouting our names.

Kal Ho Na Ho gave us the best song of all time. The title song is still a masterpiece and is a regular on my playlist.

Kabhi Khushi Kabhi Gum was a legendary one of the time. Bringing together big names of Bollywood, it gave us a good movie, great songs and the character “Poo”.

Jab We Met’s Geet won all our hearts with her charm and bubbly nature. I could go on and on about the movies of the 2000s but it's snack time.

Do you remember Piknik? It was our Kurkure. The sweet cigarettes, the magic pops, chocolate sticks, little hearts, Hide and Seek biscuits, and Cadbury Choco Bites were all legendary. No amount of French fries and nachos can match up to them.

Let us talk games now. my brother was obsessed with Beyblades. It was a trend back then. If you had it, you were cool. Remote control cars, plastic balloons, and jumping balls were a huge part of our childhood.

When we started going to school, we discovered a whole new world. We had these flip Nokia phones that kids were not allowed to use. We’d call our friends from landlines and speak for hours. Do you remember that fancy pencil box that had buttons that when clicked opened a sharpener, an eraser, and a compass? Kids with those were the coolest in school.

For our birthdays, we’d take a huge packet of Eclairs. One for all students and 2 or 3 for our best friends.

The morning assembly would always end with one kid fainting.

We are almost at the end of our ride. We have discussed all that made the 2000s special. But above all, what made it a beautiful time was the fact that we were all children then. We had no worries, even if we did, it was only about if we’d get to eat chocolate the next day.

Finally, the ride ends with a question- Did you revisit your childhood?