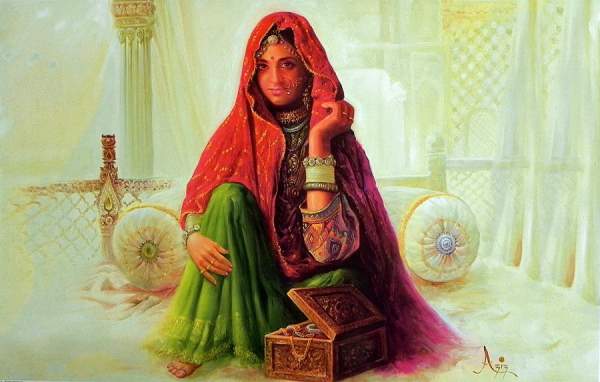 A 21-year woman named Suman, who lived in the Nagaur district of Rajasthan- committed suicide and left the eye-opening suicide note behind her death. She wrote-

"I know committing suicide is wrong, But I was left with no choice. The reason behind my death is the malpractice of "Aata- Sata" where women are sentenced to death. In the alliance of two families, women are sold in favour of men. It is an evil custom where 17-year-old educated immature girls are married off to 70-year uneducated elderly men."

In her suicide note, she requested the society to educate their children and to spread awareness about this custom, So that the other girl's life, could be saved for the future.

Although, her family claimed- the woman was suffering from depression over the week. Her husband lives abroad, and she was upset with this cause.

The case is registered by Rajasthan police, under Prohibition of child marriage 2006 and Section 498A of IPC, the infliction of physical or mental harassment on a married woman by her husband or in-laws.

The crime against women is an uprising in a state with data of 8,599 cases registered between January to March of harassment, molestation, rape, etc. Rajasthan police data showed the alarming concern of women's safety in the state.

However, no false claim can justify the fact that the ages-old custom, is still practised in the rural parts of Rajasthan.

What is Aata- Sata, and Why Is the customer still Practiced?

Aata-Sata is a centuries-old custom that involves the exchange marriage of brother and sister pair from two households. The bride's exchanged between two families. In some cases, this involves uncle-niece pair or cousin pair. These marriages occur within the same clan, caste, and village, as the exchange of women takes place within two families. There is a mutual threat that prevails that if one girl is treated badly then another one will be treated the same. This is causing tussles between the families.

In Aata- Sata, both parties are involved- a mutual understanding and involvement of the same type of possession that reduces the chances of dowry-related demand. Both the parties are possessed Equality. In this custom Man and Women who hereafter start a family do not have any right to choose a partner. The decision was taken by the elderly. It is also said, that in some cases marriages, are fixed at the time of birth of a child.

Other factors which presume the reason behind the practice are lack of education, poverty, and saviour of culture. And there are some misbeliefs that exchange reduces the chances of domestic violence, divorce, and marital discord.

But, this does not stand true because exchange marriages often lead to physical as well as physiological. A woman's reaction to this is limited due to less parental support and low economic independence. Therefore, depression and anxiety among such women...

This exercise does not sustain only till rural Rajasthan India. But often practices in countries like Pakistan, Saudi Arabia, and Afganistan. Usually by underprivileged communities who are fostered by poverty and to evade dowry. One custom but has a different name, such as Watta-Saata, Batta-Satta etc.

Custom shout to be ban...

These customs are a decade old was adopted in the past due to cultural situations and followed by forefathers to make life comfortable and easy. Although, they were proper for a specific time. Human nature likes comfort and ease but also wants to stick with the past.

New generations demand new ideas and evolvement of decade-old customs. If failed to accept the changes, it will cause a significant hurdle in the growth and development of society. Hence there is a need to raise a voice against such practices and to spread awareness about this tradition that needs to be changed.

How? By increasing literacy in rural areas and prohibiting the dowry system.

The media and local authorities can also play a significant role in highlighting these issues and enlightening them in the public domains. And by mass campaigning against all the false customs.

10 months, 4 weeks ago by Shivangi_som

Thankyou for the appreciation

After 74 years of independence, knowing where the tradition and customs lead are horrifying. Aata-Sata is a murder. Thank you for enlightening everyone about the custom? You have written an excellent article.