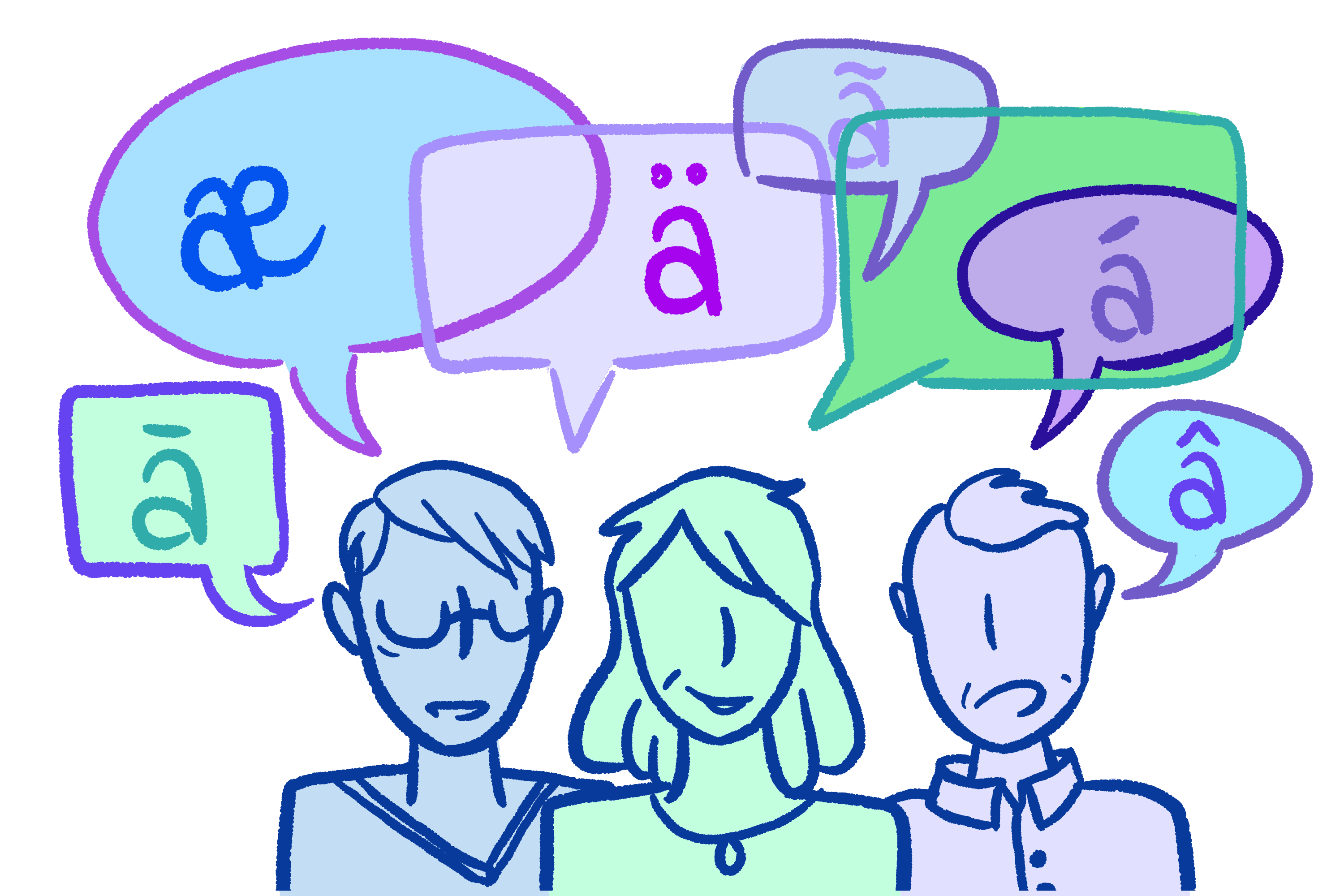 All manners of accents and dialects exist within a country; they contribute to that country’s cultural richness and variety. But most unfortunately that doesn’t mean every accent is treated like the other.

The history of the concept of “accent” itself is riddled with nuanced and complex issues. An accent can be used to recognize the way a social group speaks a language and can be very characteristic of a region. Yet there is another understanding. As the way LSA phrases it, the “foreign accent” occurs when a person speaks one language using some of the rules or sounds of another one. “This sounds wrong, or 'foreign', to native speakers of the language.”

Some can even believe that labelling a way of speaking as an “accent” serves to create a sense of otherness, especially in cases in which the speaker happens to be, for example, a foreign citizen or an immigrant, and can often connote negativity. Pimsleur writes that “accents are born when speakers of the same language become isolated and, through evolution, unwittingly agree on new names or pronunciations for words.”

As it turns out, time and time again, people face discrimination specifically because of their accents. As The Conversation tells, linguistic racism, or accentism, are still thriving in the workplace, affecting both family relationships and professional opportunities. This reflects the widespread view found in many countries, prominently Anglophone countries, that those who speak in certain accents are less qualified, not as socially capable, and professionally undesirable compared to those who speak in an accent that conforms to the predominant culture of that society. According to the BBC, “more people are using English than ever", as it is dominant in multiple spheres. It is a constantly evolving language, with more and more groups of people using it. "Yet instead of embracing this linguistic diversity, we still rank particular types of English higher than others.”

This phenomenon is not exclusive to Anglophone countries, however, as a paper by the Universities of Chicago and Munich found a 21 percent wage gap between workers in Germany with regional accents and those with “mainstream” accents often found in the capital.

Studies such as the one by Andrew R Timming indicate that there is a close, negative correlation between “foreign” accents and rate of employment success. Based in the US, the results suggest that “the managerial respondents actively discriminate in telephone-based job interviews against applicants speaking Chinese-, Mexican- and Indian-accented English”. Another paper from Smith College reveals that companies’ idea of professionalism may be built on a longstanding foundation of white supremacy and classism, stressing on color-blind anti-blackness.

From a personal standpoint, this is a disappointing truth. As an avid learner of languages, this author feels that both explicit and implicit prejudices against different accents only make language learners hesitate to get out of their comfort zone and experience the world in a different language. When these prejudices prove to perpetuate racist ideals, it becomes infuriating and just aggrandizes the severity of microaggressions.

The Conversation shares this anecdote of interviewing South Asian-heritage Muslim women with a good level of English proficiency: “One interviewee reported an incident in a library, where a stranger mockingly shouted out, ‘You talk Bud-Bud English!’ ‘Bud-Bud’ is a derogatory term that supposedly mimics south Asian accents. This type of interaction led the women to experience feelings of deep shame and a loss of confidence in speaking English publicly.”

Language learning is a universal task that thrives off perseverance and giving oneself many chances to grow and improve; people will not improve immediately, progress varies by the individual, and the genuine and unpatronizing motivation of others can be of great help. One does not have to conform to a certain dialect to reach a level of competence and fluency.

In addition, there are many people for whom speaking the language is a socioeconomic necessity. It is unfair to gatekeep it from anybody who does not conform to the standard. (This standard can be defined as what sounds like the native pronunciation of that region, like the General American accent or the British Received pronunciation.)

Notably, it has been estimated that 257 million people are living and working outside the country they were originally from — and this is probably not able to cover undocumented immigrants. Simply put, this is a global issue. By this point, it is obvious that in these biases, there is a broader discriminatory attitude against certain nationalities as well. In that same study from earlier, it was concluded that “all three [accents] are rated higher in non-customer-facing jobs than in customer-facing jobs”. Though this is not always the case, racial and ethnic perceptions certainly play a part in how accents are viewed as well. This becomes even more of a racial issue when we consider dialects as well as just accents.

For the purpose of the article, it’s important to clarify the definitions that we are working off. An “accent” is defined as a distinctive way of pronouncing a language, especially one associated with a particular country, area, or social class. Then there’s the subtly but significantly different "dialect” a particular form of a language which is peculiar to a specific region or social group. Linguists have generally concluded that an accent is one aspect of a dialect, as dialect involves vocabulary and grammar as well as pronunciation. Both are pertinent, and often they are used interchangeably. But, either way, just imagine how many groups this is targeting!

This discrimination is not always intentional or done out of malice, as it is more subtle than an appearance-based profiling, rather the perceptions that one is raised with might lead them to not be able to skillfully navigate the differences that exist in our society; some may not be able to recognize these differences in language as differences, nothing less or more. But that is hardly an excuse to let it continue. This author wonders if this issue simply stood out because it was such an obvious example, an experience witnessed and shared by so many people, of how people fear a certain otherness — particularly if they were used to the idea of a more homogeneous community as a more prosperous one.

In 2022, there is a visibly more diverse and inclusive atmosphere, however, it would be wrong to state that these stereotypes have been eradicated. There are basic characteristics of an individual that are widely protected from discrimination, such as age, disability, religion, and race. One's accent is not yet widely as protected, though it is usually a byproduct of one's geography. Research is ongoing, as it should be. We can recognize that we speak in different accents, reflective of our different experiences, but we should not let that deter us from learning from each other and pursuing shared goals as we make our way into the world.

How To Best Address Enduring Legacies Of Racism?