An Interview with Mr. Aron Ra: Atheist author, activist, feminist and a podcaster 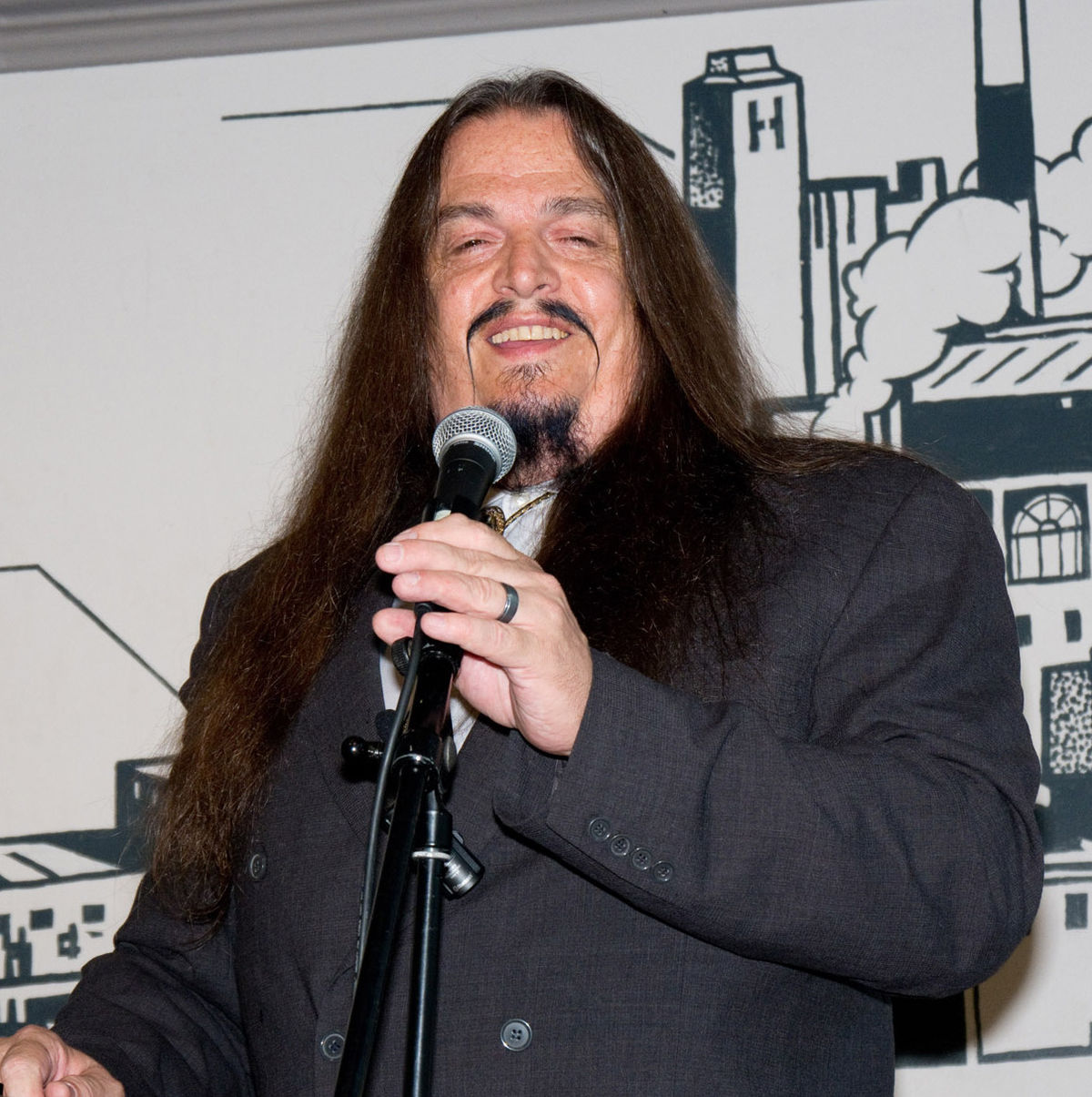 Aron Ra is unarguably one of the most outspoken atheists out there. He is pretty politically incorrect with regards to debunking the claims of religious people and leaves no stone unturned when criticising religion since he believes all religions are equally false. He is the Texas state director of American Atheists. His YouTube videos are centred on debunking creationist claims using evolution The discussions about the presence of god are endless and are pretty much as old as mankind, however, it's true that they're intellectually stimulating and fun at the same time.My beliefs lie somewhere between that of an agnostic and a religious person since I believe that we can't express anything about the presence of a supernatural deity with certitude.

However, I have always appreciated watching Atheist vs Theist debates on YouTube, and one show that interested me is the atheist experience, a weekly live call-in debate show hosted by the Atheist Community of Austin, Texas.  This is the show  where I was introduced to Aron Ra, in one of the episodes of which, he alongside his comrade Matt Dillahunty( the host) could be seen taking down the arguments of the religious callers with impressive ease.

The interview was scheduled on the 19th of April on Zoom, and as he showed up, he looked confident as always to take up the questions.

The interview:
Q1. Sasidhar: Have you ever converted a theist to an atheist after debating them?
Mr Aron Ra: Yes, usually not in a formal debate, although that did happen once in 2006. Someone told me that they were arguing with me and that they had changed their mind in the midst of the debate, but couldn't admit that at the time and kept arguing, and two years later admitted that yes, I had changed their mind. Now I get  at least a handful of emails every week and have for at least a decade, sometimes up to one a day from former believers telling me that something I said had changed their minds.

Q2. Sasidhar:  Are there any atheist thinkers that have influenced you?
Mr Aron Ra:   There haven't been a lot of influences other than Carl Sagan. He was the one that when I watched the original cosmos that connected with me more so than anything I had ever seen.

Q4. Sasidhar: Can you share your experience of visiting Vijayawada (Andhra Pradesh) in 2016 for the World Atheist conference?
Mr Aron Ra: Yes, that. was very surprising for me that there was an atheist centre with their own block of flats, their own hospital, their own museum, and all that in Vijayawada and I was fortunate enough to be able to go there as a side trip. I  was not going to Dubai, and I scheduled  it so that, if I got to be in Dubai then I would coincidentally know this other thing was going to be going on at the same time, and so I could just flit over there for another. you know, two hundred fifty bucks or whatever. I was very pleased that I managed to do so.

Q5. Sasidhar: Have you tried out any kind of Indian food item when you were in Vijayawada?
Mr Aron Ra: I had curry twice a day every day while I was there. I tried various forms of curry there, but my favourite dish is not completely Indian. My favourite dish is vindaloo and I like it very hot.

Q6. Sasidhar: These days there is a notion that you can be non-religious yet spiritual, and there are famous atheists like Sam Harris who say this.  What do you think of it?
Mr Aron Ra:  That completely depends on how you define both these terms. When you say religious, it might mean doctrine or dogma. Speaking of the term spiritual, not entirely sure what this means. Some people mean that they believe in supernatural things, and of course I don't. I mean the closest I ever come to spirituality is when I am listening to Blues  guitar .

I have met Sam Harris, Richard Dawkins, Daniel Dennett, and stood next to Christopher Hichens once upon a time.  So I have met all the four horsemen of atheism. Dennett is my favourite.   I think Sam Harris is a great guy. I never resonated with his ideas. That’s Just me

Q7. Sasidhar: You have spoken about the negatives of religion; can you think of any positive aspects of religion? Don't you think it had helped out ancestors for centuries by offering a means of social cohesion?
Mr Aron Ra: I can't imagine how religion could be positive. I mean the best that it offers is a placebo. Religion is just making yourself believe things that are not true. It's imposing those beliefs very often and It's a means of manipulating the masses. It’s inherently entirely evil. If we didn't have religion, we would have a community formed on some other basis and it would be a more honest one. So religion is a means of controlling people and manipulating people for enforced conformity, but we don't need it to have community. We have community anyway. We had a community before.

Q8. Sasidhar:  Don’t you think the debates about the existence of god are endless? Neither theists, nor atheists would be convinced by the arguments of either side.
Mr Aron Ra: Yeah, they’re endless debates. These debates are stupid too, because I think Epicurus(philosopher) solved it millennia ago. There are several problems with all of the arguments for God. I mean, every logical fallacy has been used as an argument for God and every argument for god is a logical fallacy. There is no strength to the theistic position at all. That's why religion on a whole on a global scale is diminishing, whereas Atheism and rational scepticism are on the rise in every state and across the world.

Right Here in the US. a quarter-century ago, five percent of people identified as atheists or conformed to the definition of atheist and now we account for over a quarter of the population. I guess the upcoming generation is going to be half atheist.

Q9. Sasidhar:  Can you tell me about your short stint in politics?
Mr Aron Ra:  I did participate in senate politics briefly, and I knew that it was going to be hopeless because, in the district in which I contested, Democrats never got a chance. It's all Republican. It has always been. The Republican always wins by like ninety percent. But what had happened was in previous runs there would be no democratic contender at all. However, as a result of Trump winning the Presidential election, there was suddenly a flurry of new candidates.

So while I was the first, I was not the only one, and among those other candidates was one that was much more qualified than Me and wanted the job more than I did. So I bowed out and let him take it.

Q10.Sasidhar: What do you think is the toughest question that you as an atheist had to counter?
Mr Aron Ra: None! I can't imagine why I would have to answer a question. The religious position is all these assertions of impossible absurdities, and my only statement is I don't believe you. I don't see a point in me trying to explain why I don't believe you. If your argument is not compelling, and your evidence is not strong, then your evidence isn't evidence. If it's subjective, it's fallacious. You know, these are all perfectly valid reasons why I should not believe you

Q11.Sasidhar: What kind of music do you listen to primarily? What’s the best gig/concert/festival that you’ve been to?
Mr Aron Ra: I generally listen to Black metal more than anything else. I listen to Heavy metal too. The best concert I've ever been to probably would be 'The End’ performed by Black Sabbath, Although I've seen other good stuff since then. At the moment, the Mongolian folk metal band The Hu is my favourite.   I've seen Judas priest a few times.

Of course, Mr Aron Ra has ruffled the feathers of many religious people over the course of his career so far through his debates, videos and books. But, has any activist ever existed without his/her fair share of naysayers? Definitely not. In the production of light, a little bit of friction is definitely a factor.

Beyond The Court: Tennis As a Parable For Life

The Hierarchy of Pain: Where is our humanity?