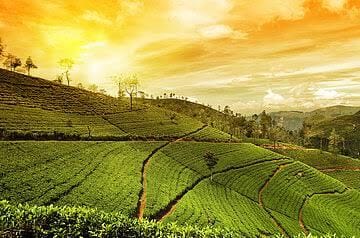 Assam, one of the seven sister states of India, is located in the northeastern part of the country. The state has made a name for herself in the world platform, with its Assam tea. However, there is a lot more to Assam, which makes this region a unique state among its seven sisters.

Assam is the home to a diverse variety of people which include an intermix of a range of racial origins such as Mongoloid, Indo- Burmese, Indo-Iranian as well as Aryan. However, the natives of the state are collectively called “Asomiya” meaning Assamese in English. “Asomiya” too is the official language of this enchanting state.  The state also harbors a diverse range of tribes such as Bodo, Karbi, Mishimi, Rabha, and Kachari living in harmony with one another.

Even though Assam is famous for its lush green plantations, its wildlife is also one of the chief attractions of the state. Several endangered species such as Gee’s golden langur, Indian Rhinoceros, Hoolock gibbon, and Spotted Linsang among mammals and the Three-keeled Asian Turtle among reptiles are found at this beautiful hill state. Assam also is home to five national parks, two of which are recognised as World Natural Heritage Sites by UNESCO. Moreover, Kaziranga National Park is home to more than seventy percent of the world’s One-Horned Rhinoceros.

Not only wildlife, but Assamese culture is also vibrant and exotic, to begin with. The diverse variety of people who inhabit the land are mostly Vaishnavas (one of the sects of Hinduism). Vaishnavas are against the practice of idol worship and are avid followers of Lord Vishnu and therefore perform “Naamkirtana” to celebrate his glory.“Naamghar”  the house of prayers along with “Satras” which has been in existence for four hundred years, is one of the sites for religious and cultural harmony among the natives.

Moreover, Assamese culture can be identified through a range of cultural symbols. Out of which the famous Asomiya “Gamucha”, is extremely popular. It is a must in all socio-cultural and religious ceremonies. The cloth is popularly used for felicitation and is therefore considered an honorary piece of clothing. “Gamucha”, which is one of the most famous cultural symbols of the state, is one rectangular cotton cloth with a red border on three sides along with red woven motifs on the fourth side. “Gamucha”  even though it is used famously for felicitation purposes, has many other uses too. It is often used as a towel and also as a waistcloth or loincloth. Along with that, during Bihu, dancers also adorn the “Gamucha” around their head in a knot, to show respect and also signify social status. “Gamucha”, also known as “Bihuwaans” is used by all people of Assam, irrespective of religion, caste, or creed, and is, therefore, a quintessential part of Assamese culture.

Another important cultural symbol of the state is the “ Tamul Paan”. “Tamul Paan” ( areca nut and betel leaves), also known as “Guapan” is served in a “Bota”, a traditional metal is used to signify honour. This has been in vogue for a long time and is an integral part of all religious, cultural, and social ceremonies of the Assamese people.

Furthermore, one cannot miss out on the famous Mekhela Chador while talking about the culture of Assam. Mekhela Chador is made from cotton, Muga Paat Silk or Eri Silk. Muga is the natural golden silk that is exclusively found in Assam and is, therefore, a quite sought-after fabric. The lower part of the dress is known as “Mekhela” while the upper part is known as “Chador”. It is a traditional Assamese attire worn by the  Assamese women during special ceremonies.

“Xorai” is yet another important ideal Assamese cultural symbol. The bell metal product is seen as a symbol of respect by the people of Assam. Xorais are found with or without the covering lid on top and are often used for various purposes.  “Tamul Paan” is often served in Xorais to welcome guests in Assam. Besides, the Xorai is also used as a utensil to offer Prasad to the Lord and is kept at the “Naamghar”. Moreover, Xorais are used as decorative items in the household and are often gifted to honour people during the felicitation ceremony.

Jaapi, a traditional hat from Assam is another notable symbol that highlights the culture of the land. The conical hat is made from tightly woven bamboo, cane and “Tokoupaat”( large palm leaf). The word “Jaapi” is derived from the word Jaap, which means a bundle of Tokou leaves. “Jaapi” is usually worn during Bihu dance and is also offered as a token of respect in religious ceremonies. “Jaapi” is also used as a decorative item and is kept near the front door as a welcome sign. Earlier the hats were used by farmers working in fields to protect themselves from extensive weather conditions. However, “Jaapi” was also used by the royalty and nobility.

Assamese jewelry is considered to be one of the most important parts of Assam’s culture. The jewelry here is handmade and typically depicts the flora and fauna of the region.  Earrings such as Lokaparo, Keru, Thuriya, Jangphai, Long Keru, Sona along with necklaces with the likes of Golpata, Satsori, Joon, Biri, Bena, Gejera, Dholbiri, Doogdoogi, Biri Moni. Mukuta Moni, Poalmoni, Silikha Moni and Magardana are some of the traditional pieces of jewelry of Assam.

Assam’s culture is colorful and unique due to the presence of various vibrant dance forms such as Bihu, Deodhani, Bagurumba, Jhumur, Barpeta’s Bhortal Nritya and Satriya Nritya. Out of which Bihu is famous all over India. Bihu, the traditional folk dance of Assam is usually performed during Bihu festivals, by young boys and girls. Dancers wear traditional Assamese clothing which further adorns the festivities with vibrant hues. They dance to the tunes of Dholak or “Dhol”, pepa. Gogana, flute or “banhi” etc. Even though the origin of Bihu is disputed, it is often said that then Ahom king Rudra Singha invited Bihu dancers to perform at Ranghar fields during the auspicious occasion of Rongali Bihu.

Thereafter the cuisine of Assam too contributes to the cultural heritage of Assam. Tea or “Saah” which is an integral part of Assam’s cuisine is present in varieties, such as black tea, green tea, milk tea, and spiced tea as well. The Pithas and Ladoos are also made during Bihu. The Assamese Thali comprising Daal, Labra, a variety of mixed vegetables along with the likes of Soru Aloo is a specialty of Assamese cuisine. While “Khar” marks the start of a traditional Assamese meal, “tenga”, a sour preparation is always had at the end of the meal. The “payash” which is the rice pudding, is the dessert preparation of Assam which is a favourite among many.

Thereafter, it can be said that Assam’s culture is a blend of various colours and traditions which has been in vogue since time immemorial. It has contributed greatly to the pomp and grandeur of the state of Assam and has also left its indelible mark on anyone who visits this northeastern paradise.