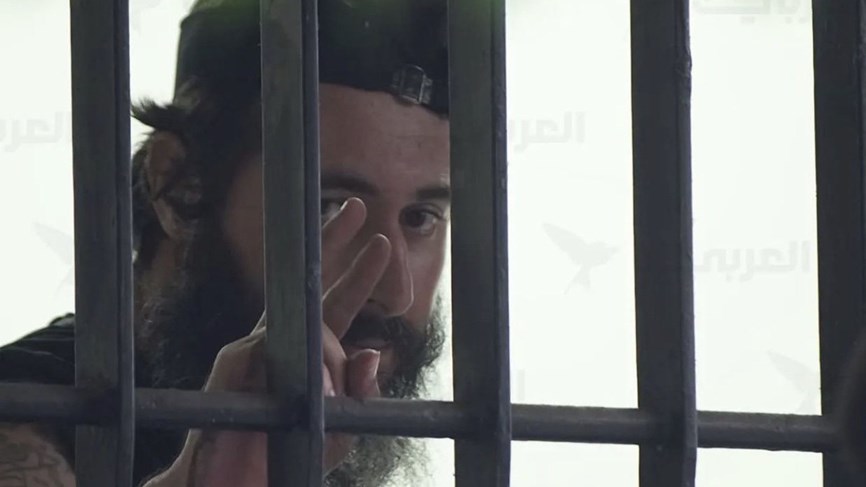 Bassam Sheikh Hussein, the name that topped the scene, has revived the Lebanese feelings of nostalgia for their money held inside banks since 2019, and many of them may have since wished they had been in his place and made the move.

Like any Lebanese citizen who has nothing to lose while his money is kept in banks, Bassam has resorted to gaining his own right by storming the Federal Bank and taking hostages of depositors and employees in retaliation for his father, who needs a five-thousand-dollar operation to complete it successfully.

In exchange for the release of the hostages, Bassam demanded that he be given his full deposit to help his father, and after arduous negotiations with the state and the bank's management, a comprehensive and acceptable settlement was reached that led to Bassam receiving $35,000 and dismantling the families of the detainees, and then Bassam surrendered himself to the state.

The Lebanese authorities arrested Bassam and called on every Lebanese citizen whose banks contributed to hiding his deposits in banks to take his right into his own hands.

Bassam Sheikh Hussein's name topped social media, despite the differences of opinion around the move and its method, Bassam became the talk of the Lebanese who supported Bassam's move and called it courageous.

Bassam did not harm any hostage, but wanted to convey his voice to the management of the bank and the state to put them in front of their responsibilities towards the conditions he has reached like the rest of the Lebanese who hold the state and banks responsible for the evaporation of their deposits.

Despite the wave of solidarity that supported Bassam Sheikh Hussein, there are fears that Bassam Sheikh Hussein will be the latest warning to the state and banks and the beginning of opening the way for every depositor to free his reserved funds from the grip of banks and the door to a social explosion in which banks will be the first to be affected in the wake of the economic collapse in Lebanon.