Biphobia - An Overlooked Form Of Discrimination 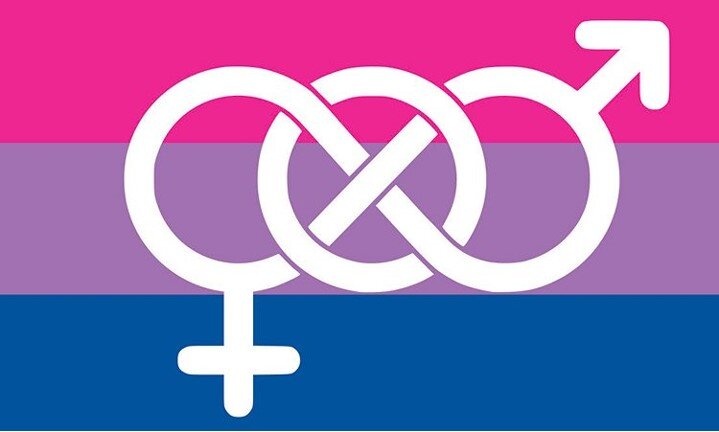 Chances are, most of you will know what the terms “homophobia” and “transphobia” mean. But how many of you have ever heard the term “biphobia”, especially in day to day life?

Biphobia is defined as the discrimination and revulsion against bisexual people, that is, people attracted to multiple genders.

Another common form of biphobia is referred to as “bisexual erasure” - the tendency to erase bisexuality in history, political discourse, news media, and so on. For example, calling an out-and-proud bisexual celebrity “gay” or “straight” is bisexual erasure, and contributes to bisexuals’ lack of visibility in the mainstream.

Another example: a bisexual woman in a relationship with another woman may see her sexual identity denied, as people around her might call it into question and assume she should identify as a lesbian, or they might assume she should not talk about her sexual orientation at all in lesbian spaces.

We live, after all, in a culture fond of binary categories; it is no surprise bisexuality is often denied and made invisible, as it does not comply to the “straight” and “gay” dichotomy.

Probably, this is in part the reason why so many bisexuals in America decide not to come out, despite making up about half of queer people in the US.

Bisexual men face even more erasure and invisibility than their female counterparts, both in mainstream fiction, where their numbers are slim even compared to the representation afforded to gay men and bi women (according to a Glaad survey from 2016, female bisexual characters appear twice as much than bisexual male characters) and in everyday life.

There are still several people - even researchers - who call into question whether male bisexuality is real. A widely publicized 2005 study asserted male bisexuality was non-existent, even though there is more than enough evidence to believe it is.

A 2016 survey of over 1000 women revealed most of them, 63%, would not date any man who has ever had sex with another man. A 2019 study also  revealed that straight women generally view bi men as less sexually and romantically attractive than straight men; they also perceived them as more feminine.

Rejecting bi men outright might, ironically, not work in straight women’s favor. According to an Australian study, bisexual men make for better partners, as they value traditional gender roles a lot less and have unpacked the worst aspects related to masculinity, like aggression.

But bisexuals deal with far bigger issues than just invisibility or being rejected in the dating scene.

As they are stereotypically seen as hypersexualized, bisexual victims of sexual abuse tend to be victim-blamed; this is made worse by the fact that, compared to their heterosexual and lesbian peers, bisexual women are sexually assaulted at higher rates. Studies say 61 percent of bi women will experience rape, stalking or physical violence by a significant other in their lifetime, compared to 44 percent of lesbians and 35 percent of straight women. Even bi men face alarming rates of intimate partner violence, 37 percent, compared to 26 percent of gay men and 29 percent of straight men.

And that’s not all. A few more statistics: 46 percent of bi women have been raped, 22 percent by an intimate partner, and 47 percent of bi men have experienced forms of violence other than rape.

Even more blood-chilling, allegedly about half of bi women (48%) have been raped between the ages of 11 and 17.

But why do bisexual people struggle so much?

While biphobia and homophobia may overlap, there are also ways in which the two are unique. In fact, lgbt+ spaces may at times be hostile to bisexual people, a trend that started several decades ago. Many lesbians and gay men feel bisexuals are privileged over them, for being able to enter a “straight passing” relationship.

This double discrimination causes a lot of anxiety, and is therefore considered the main cause of the problem.

Early bisexual activists had to fight to be included in queer activist spaces, as their presence was considered suspect: their sexual attraction was deemed “too heterosexual”.

Unfortunately this is a mentality that has withstood the test of time: there are still people in the community who look at bisexuals with suspicion, especially at those who are “het-partnered” or have not had many experiences with people of the “opposite” gender. Calling bisexuals’ “queerness” into question has never ceased to be an issue. There are still gay people who, in fact, refuse to date bi people.

According to a study, gay men and lesbians perceive bi women and men as more attracted to men than women. This explains why some lesbians hold more negative attitude towards bi women, than gay men hold towards bisexual men.

A certain subset of lesbian feminists, in particular, has looked at bisexual women with disdain for their willingness to get romantically and sexually involved with men, despite having the option to choose women as their exclusive partners. For this reason, lesbian intellectual Marilyn Murphy argued theiy are the only “true heterosexuals”, and their existence has been seen as a “threat” to lesbian spaces.

Bi people are thus forced into a “double closet” of sorts: rejected by both straight people and the lesbian and gay community, their mental health outcomes tend to be significantly worse compared to their gay peers. This makes bi people feel isolated and lonely, the reason why so many bi people deal with anxiety and depression at higher rates.

There are few LGBT services that do include bisexuals, for example, at least according to a British study.

Giving more visibility to biphobia as a social issue might be a step forward to helping bisexual individuals feel less lonely and invisible; as mainstream society, unwittingly or not, erases bisexual people, it is important to remember they exist, and their inclusion should never be conditional.

7 months, 2 weeks ago by dsolorzano

Thank you for touching on this issue. It's an issue seldom spoken about it even in the USA LGBT community.