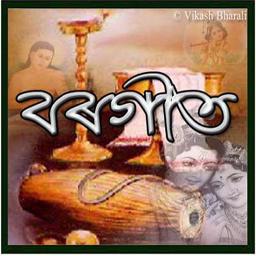 Borgeet is an Indian devotional and folk song. Srimanta Sankardeva, a Mahapurush (Great Man/Saint) who lived about 500 years ago, established Assamese civilization and culture. This prominent leader of the Hindu Vaishnav movement was born in 1449 AD in Bordowa, Nagaon. These were written in the 15th and 16th centuries by Mahapurusha Srimanta Sankardeva and Mahapurusha Sri Sri Madhavdeva, respectively. All of their compositions, including the 'Holy Songs,' were directed toward the Vishanav religion, and are still known in Assam as 'Borgeet (Bargit or Bargeet).'

Borgeet is a literary and creative collaboration by Srimanta Sankardeva. Songs are commonly utilised as prayers at Satras and Namghars. Borgeet is linked with the Ekasarana Dharma and is also part of the Assam non-religious music collection. The Borgeets are a lyrical type of poetry that reflects poets' religious feelings in reaction to diverse events, and they are unlike any other literature.

On his first visit to Bodrikashram, Srimanta Sankardeva, in his thirties, about 1515 AD, began penning songs with 'Mon meri Ram Saranehi Laagu' being the first. Brajawali is Borgeet's first language. This language became the basis for Mahapurusha's bhakti movement. This is not the Assamese dialect spoken in the region. Brajawali drew inspiration from several languages present in India during the Bhakti movement, with the most notable of which being Sanskrit, Maithili, and other languages prevalent in various parts of the country.

Sankardeva composed around 240 Borgeets, but only 34 of them were memorised. Regrettably, that book was destroyed by a wildfire. This upset the Mahapurusha, and he decided to stop writing Borgeet.

Srimanta Madhabdeva, Sankardeva's genuinely skilled student, was no less a scholar and genius than the Great Sankardeva. Madhabdeva, who penned about 157 songs, carried on Borgeet's tradition. He released a new Borgeet book in which he blended 34 Sankardeva Borgeets with his compositions (Bargeet). These Borgeets, especially in the Satras and Namgharas, are still very much alive in contemporary Assamese culture.

The Borgeet employs "Khol" and "Taal" instruments. Lord Krishna's deeds throughout his life are the Borgeet's major topic. Borgeet, by Sankardeva and Madhavdeva, is a one-of-a-kind masterpiece that contributes significantly to Assamese culture. Borgeet's lyrics are notable as these Borgeets portray Vaishnavism ideals as well as the life of Lord Shree Krishna, Rama, in a very basic manner. Bhagwan (God) Shree Krishna's love-romance activities are not mentioned in the lines. The songs, on the other hand, are completely dedicated to theological and spiritual aspects of God's life.

Borgeet’s specialty is also reflected in the distinctiveness of its talas. Talas are ranging in length from eight to thirty-two matras, each with three proportionately sized sections, namely Ga-man, Ghat, and Cok. These talas differ from the talas presently used in Hindustani and Carnatic music in structure, rhythmic pattern, and playing technique. Some, such as Rupaka, Ektali, Yati, Bisam, and others, are referenced not just in Sangita Sastras such as Sangit Ratnakara, but also in Jaydeva's Gita- Govinda”. The tala-pattern undoubtedly incorporates the Khol, a percussion instrument utilised in Sattriya dance and music.

Apart from modest spiritual phrases, the Borgeet is linked with exceptionally exquisite classical music. These are similar to Hindustani Classical music but have a distinct flavour. Borgeet (Bargeet), like other Hindu traditional music, is built on a number of Ragas. The two Mahapurusha mention the tala (beats) of part of the Borgeet (Bargit), but not the others.

Borgeet does not have to play any instruments. Instruments like the 'Khol,' 'Taal,' and 'Flute,' on the other hand, contribute to the songs' appeal. These are high-pitched classical tunes that need a significant amount of practice to master.

Sankardeva, Madhabdeva, and Borgeet have all been widely researched in Assam. Borgeet has been declared one of the "Noble Numbers" by renowned scholar Dr. Banikanta Kakoti. Kaaliram Medhi referred to them as "Great Song" or "Song Celestial." Borgeet (Bargit) has travelled over 500 years and is still very much alive in every Assamese's heart. These songs are still widely performed in Assam's Satras and other holy sites. Kalaguru Bishnu Prasad Rabha was a modern-day Borgeet singer named Bishnu Prasad Rabha. Borgeet has been rendered with elegance by prominent vocalists like Dr. Bhupen Hazarika / Zubeen Garg in recent years.