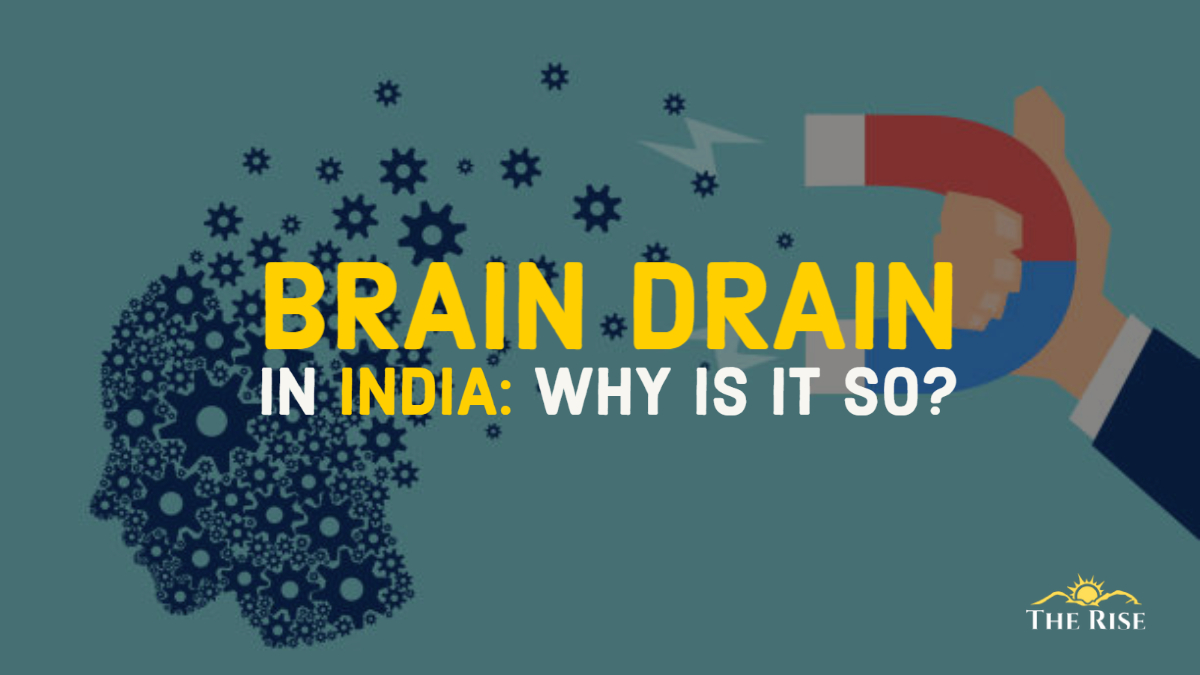 Brain drain is the migration of talented geniuses from their native land to other countries searching for a better life and better jobs.

Brain drain occurs when people go out and settle abroad for their jobs. It can result in turmoil within the nation, favorable professional opportunities in other countries, or the desire to seek a higher standard of living. Often people go out for their higher studies and finally pay for a job and future settlement. They are attracted to the better standard of living and quality of life, higher salaries,  access to advanced technology, and more stable political condition in the developed countries, which lead to migration from less developed countries. The factors for the rise of Brain drain are also called PUSH and PULL factors.

The matter of brain drain is a matter of concern for every nation. It is primarily defined as the migration and taking of individuals from their homeland to other countries. It results in the loss of a nation's creative genius, but the brain drain also brings about a potential economic decline in the nation's scenario. The brain drain issue is a vital problem for people of all countries and an essential subject for composition among students. The common types of brain drains are Organization, Geographical, and Industrial Brain Drain.

The amount of brain drain in India is increasing by leaps and bounds. There had been several factors contributing to this factor. Firstly India lacks in providing job opportunities. The rate of unemployment in this country is more. As a result, bright students are shifting abroad for better career opportunities and job employment.

Further, more technological employment in India is miserable; the country lacks modern scientific equipment. Migration top abroad is not only for a better career but also for permanent settlement. They feel their talent is more aptly inspired abroad than in their own country. India cannot offer such stability to its citizen. Hence they move out. The only way to restrain the brain drain is to modify the living standard and increase employment opportunities. All the sections in the country should be modernized, scientific and technological advancement should be kept in mind before further brain drain. It should make the people of this country validated and wanted.

Brain drain is the migration of talented and genius brains from a native country to abroad, searching for new opportunities and a better placement standard. In an account of last year, the brain drain is not the same; instead, it is increasing every year. Due to its inability to meet the requirement, India is removed from its potential brainpower. It is losing its artist, doctors, laborers, etc., as it lacks work opportunities. Countries like the U.S.A, the U.K act as a magnet to them towards which they are attracted, resulting in the brain drain of the native land.

These later results in a loss of financial strength and economic development. Not only economically, but it affects psychologically as with daily news and upraising when the crowd became aware of the present condition of their native land they tend to deny the fact to accept permanent settlement resulting in immediate planning of passport and migration to abroad. Thus, to maintain the perfection in the heritage of India, native residents are expected to join the Indian job priority and uphold India's scenario rather than migrating abroad for permanent settlement.