Bullying: A topic that still demands our concern and action 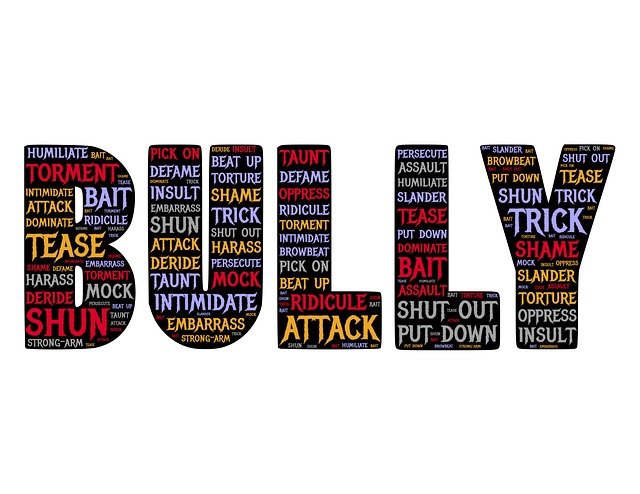 First and foremost, what exactly is bullying? Bullying is defined as a person's behavior that includes activities that fear someone weaker or less strong, pushing them to do something they do not want to do. A bully is someone who regularly strives to injure or frighten individuals they believe to be defenseless. Bully was first used in the 1530s as a synonym for "sweetheart." It is derived from the Middle Dutch word bole, which means "beloved." However, in the 1700s, it became the polar opposite, and it began to be employed for abuse or to treat abuse.

According to CDC, every year, 4400 people die or attempt suicide because of bullying. This mass of people committing suicide includes young or high school students who are bullied in a large number. It has also been concluded through research results that one out of every five, i.e., 20 % of them are middle and high school students who reported being bullied each year. Victims of bullying embrace suicide in a large number of cases after being bullied. Such a person of chooses suicide when they cannot escape the chronic effects of bullying. They cannot find a way to cope with it or a way to protect themselves. They choose suicide as a way to overcome their suffering. Bullying might be fun for the doer but it's harmful to the person who is suffering from abuse, intimidation, etc. It can lead someone to do something unusual.

In-School, University, or our Workplace, we meet lots of people and we can see that everyone has a different lifestyle. Be it their dressing sense, their personality, or their background. In social places like that, we try to communicate with each other or someone tries to make a joke with another. But during all this joke and fun time if we intentionally hurt someone’s feelings and make someone feel embarrassed in front of everyone or make someone suffer, that counts as bullying. Not only physical hurt but if we make someone suffer mentally, spread their secrets or spread rumors about someone on social media, make fun of them in a way that they are not comfortable with or even when a person inflicts acts of meanness on a person, these counts as bullying too.

We often get to hear about high school students being bullied or about someone getting abused on social media or getting physically hurt by a group of people. But even so, our society does not consider this to be a big problem. This leads bullies to continue these acts of harm. If bullies don't get punishment or aren’t taught any lessons they will never learn that whatever they did was wrong. They will never realize that harming someone is wrong. This is also the reason why people are afraid to talk about the harm they get from the bully. They think that even if they tell someone they might also harm them or maybe they cannot help them. Victims of bullying have rarely ice even when they received help from someone or someone reported it to the police or other concerned authority. So it leaves out a person with no hope but to endure or suffer from the pain.

Bullying is a concerning problem not only in India but all over the world. Even powerful and developed countries like the United States, China, and South Korea are not able to stop this problem. Human society still lacks any specific laws that are directly applicable to bullying. That's also another reason why strong people harm people who are weaker than them. Bullying doesn't always come from outside. Most of the time it comes from their close one or sometimes even from one’s parents. Many parents beat or scold their children when they can't fulfill their expectations and that children have no option rattofetouse to be dependent on their parents. And if they don't obey them they have nowhere to go. As its aftermath, this often leads to a person suffering from severe problems and illnesses. This includes anxiety, depression, and fear of vulnerability.

However, we get to hear from people whenever we get bullied that we need to stand up against them or ask for someone’s help and not give chance to anyone to bully us. But the question is, is that helpful? Yes, it might be helpful sometimes but not everyone is strong enough to fight against a bully, government makes laws for various reasons like child abuse or physical hurt, etc. However, there are no specific laws against the act of bullying. In schools and colleges, students still get the chance at times to get help, but what about workplaces where bosses are aggressive or mean to their employees. They often have no one to ask out for help.

The many aspects of Body-Shaming

Negative Effects of Cyber-bullying on Children