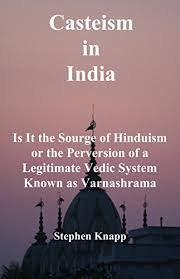 Class consciousness is the beliefs that people possess regarding the social rank and economic rank in society, the structure of their class, and their name and interest. Earlier it was believed that caste is remarkable because it helps differentiate between two people. Casteism was considered so rigid that it was found to be equivalent to education. In the educational sector, casteism played an essential role as it helped in judging students and their parents. Five main castes ruined the society of humanity.

Brahmins were those who owned the upper class and were superior to all. Next came the Kshartis, who were the worrier class people. Then came the Vaisya, the commoner's caste. One before the last was Sudras, who represented the bulk of the Indian population, and finally, it was the untouchables who were for the enslaved people and the prisoners. Also, before independence, the separation of Indian plots was marked as the separation of humankind. During those days, Brahmins were considered the pure caste people and the gift of god. They were treated as the master of their caste and were given the most royal leading.

Not only in society but in schools and colleges, they were expected to the first royal seats, and the royal feeling was given to them with royal priority. Their benches were made out of rod iron, and they were called in any of the festivals. But the case of vaishyas and the others were not the same. They were though the rudimentary people of the society yet failed to reach up to the brahmins.

The Indian caste system was officially abolished in 1950, but the hierarchy imposed on people by birth still exists in many aspects of childbirth. The caste system categorizes Hindus during the time of their delivery, defining their place in society, what jobs they can do and who they can marry. Some of the everyday rituals are still prevalent in this 21st generation. Among them, some are the THREAD ceremony, where the adolescence of the male member aged 15 is celebrated, an auspicious ceremony. It is believed that after the celebration, the boy is not allowed to walk out of his room. It is the cause of his caste that he will expect to sin if caught at the sight of any kshartis.

It is also believed that only one bramhin can be that pure and can worship the idol along with the member of the family during the time of festivals like Durga puja and Saraswati puja. It is still said that OBC class people will have to book their college and school seats earlier since they are scheduled class people. They are not only asymmetrical to us, but they are not allowed to join us in any educational events. They are considered the raw abandoned members of society who are disobedient and are unparallel to us. There was another section of division before the partition of Bengal, and that was HINDU and MUSLIM casteism. Later it was demolished by social; reformists like RAJA RAMOHAN RAY,

SAVITRI PHULE DEVI etc. But the casteism, or rather the caste division in Hindu society, is still prevalent.

The fight between the HINDUS and MUSLIMS reigned over the entire world, but casteism in Hindu society is still ruling the Indian empire. The rigidity is mainly followed in the cities like MAHABABALESWAR, HARIDWAR, VARANASI, etc.

In Muslim society, women are terrified of their burkha as they are warned to wear it. It is their traditional appeal, but they are likely asked to wear it as they are Muslims and cannot flaunt a single part of their body. Mohamedan society is divided into two parts SUNNI and SHINAYAS.

The SUNNIS are rich and elegant people, and SHINAYAS are gorgeous business-class people. Both have the same rigidity of burkha, and both are male-dominated causes. In both cases, burkha is mandatory for all the people, and TIN TALAK is taking its rise from herewith.

Thus, we need to control the fundamental rigidity of fighting casteism and self property to stop casteism. Dowry, honor killing, wearing of burkha should be abolished so that our future generation does not propagate the same agenda of casteism.