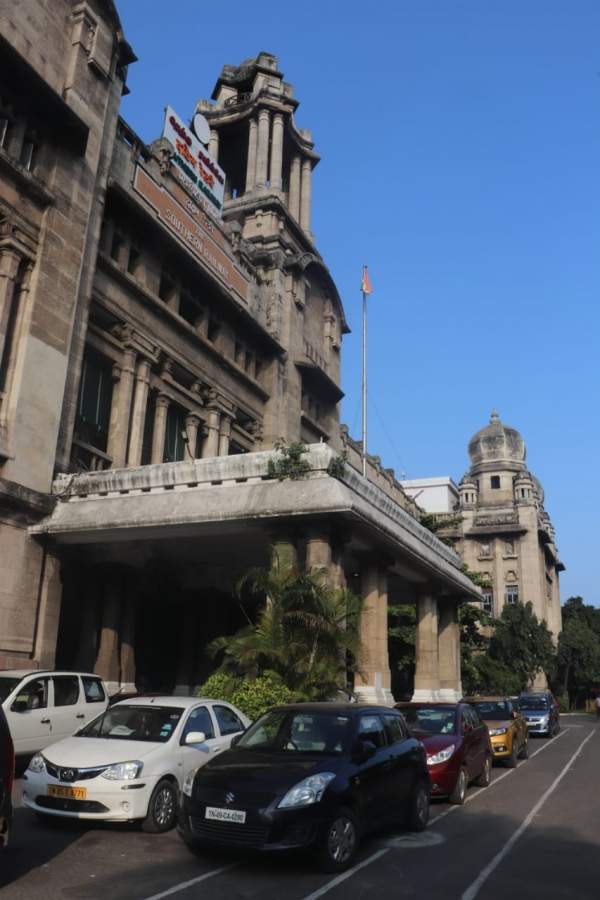 Did you know that Ripon Building, Southern Railways, and Madras High Court are the prominent grade three structures allowed for public use? But it also reminds us of the sad fact that many officials working in these buildings are unaware of their importance, and it is this unawareness that has led to improper maintenance of these structures in Chennai.

The colonial regime of the East India Company has given the Indians a rich inheritance. The huge colonial architecture with its aesthetic beauty and history showcases the greatness of rulers in the past. The diversity of these heritage sites are dominant with English colonials, Mughals, Persians, Dravidians, and many likewise dynasties.

The essence of these sites is so strong, that tourists have admired and reflected on these marvels. Other than being a tourist hotspot these buildings are rented out as office spaces to government and private organizations. The marvels of which are seen by many but witnessed by the few who work there. Despite such popularity, the value towards these marvelous structures is minimum.

"The government is slowly realizing the value of these marvelous buildings and is slowly taking initiatives to build policies for the maintenance and care of these structures," said Anwar. The major anomaly in structuring these policies is to determine which can be categorized as a heritage?

What is heritage? Answering this fundamental question, esteemed historian Anwar responds. "Any wall, floor, entity, church, temple, mosque, the house can be determined as a heritage if it holds an exclusive history to it." The quality of the material used, the aesthetic architecture, the imported specialties, are the keynotes that attract people to consider the building heritage.

Chennai is rich with heritage sites but the count is getting low. Reasons being numerous, the one that pops out is the people's literacy towards these marvelous buildings. Though the initial growth of Chennai has been in and around the chants of these heritage buildings, take it from the central railway station or the Ripon building to the Chennai High Court or the office of the general manager of southern railways, all these esteemed buildings are surrounded with rich habitation, the truth is that over through time people have lost the value and awareness towards these structures.

"A walk through the streets of Chennai brings out the beauty of the colonial heritage", says historian Anwar. Old Town Chennai, Mylapore, Triplicane, North Chennai find themselves borrowed by the sight of these heritage sites. The sites cherished by the bystanders are not merely a building from the past but also an office to many citizens.

The Southern Railways GM office, opposite the Rajiv Gandhi Government hospital, built in 1921 by architect N. Grayson employs more than 90,000 employees. The senior public relations officer Mr. Omprakash said, it's a beautiful building and it is a privilege for the people working here for being part of the history that this place holds. The Public Works Department which is responsible for the maintenance of this building is supported by the Heritage Association of the southern railways. The domes on the building which were primarily water tanks went out of use and started losing texture. The PWD has started painting the exterior walls in the original color of the stones used while building. When it comes to maintenance, obtaining raw materials originally used is a tough deal to handle.

The PWD has recently taken great initiatives to renovate the heritage sites in Chennai, the originality has been maintained while adding modern amenities to sites like Amir Mahal which has been installed with air-conditioning. The progress would be seen if these sites are open to public visiting. The time has arrived when people need to be awakened to the value and beauty these sites hold in our social life.

"There would have been many more buildings, if only people hadn't responded only to ruckus but instead should have created policies to maintain these marvels of time", says Anwar while urging the citizens to grow their awareness for the betterment of heritage sites and offices.