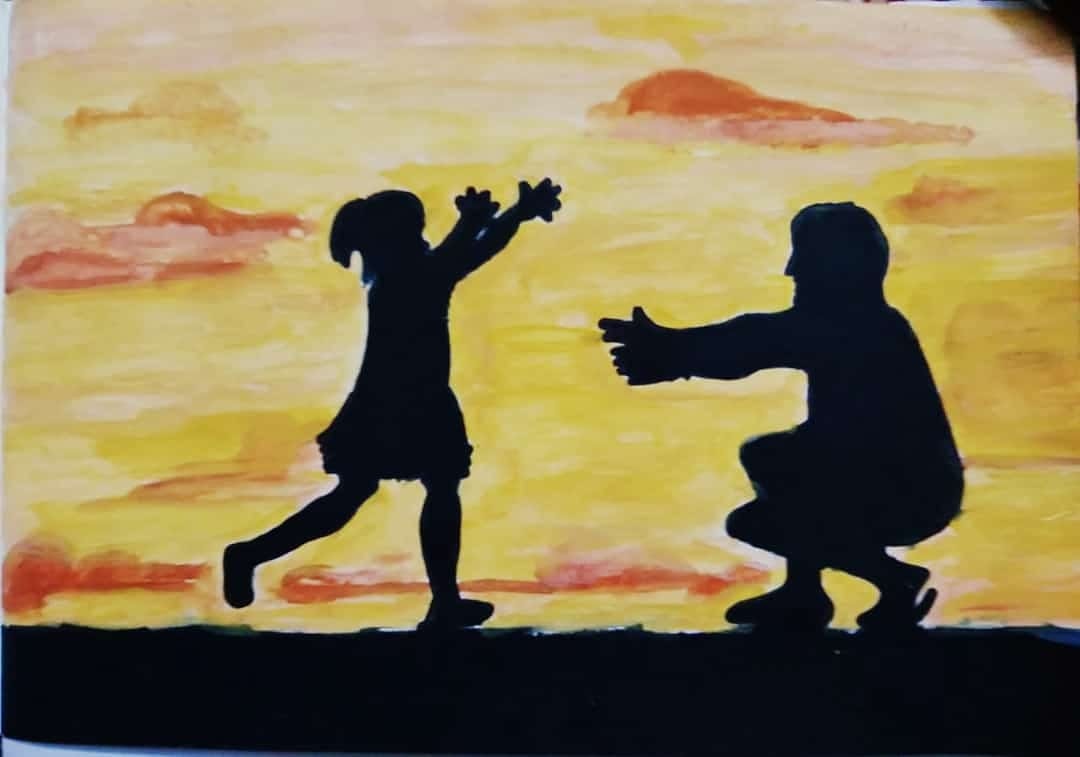 I want to assume that we are all familiar with the proverb: “Charity Begins at Home.” The adage is commonly used to mean that we should first help and support our family and those close to us, and then we can extend our services beyond those parameters. It refers to first showing love, care, compassion, and other significant qualities to those close to us. It also extends to mean that children learn from their caregivers. Elders become children’s manuals for navigating their lives and dealing with society. Hence, loving, compassionate and generous parents who also add value to social life influence their children to do the same and also make efforts to improve society.

It all begins in childhood. Love is not a noun but a verb. It is an action towards doing great for yourself and others.

Bell Hooks, All About Love: All New Visions, published in 2000, reminds us of the importance of teaching children how to love by creating a loving environment. For Hooks, “love is as love does, and it is our responsibility to give children love. When we love children we acknowledge by our every action that they are not property, that they have rights- that we respect and uphold their rights. Without justice there can be no love.” This statement tells us that children need to be taught love from a very tender age

Children rely on their caregivers for everything. They need mirroring, attunement, and validation from their caregiver and have their physical needs met to flourish in adulthood. If a child’s caregivers are emotionally healthy and resolved, they will develop a strong sense of self.

Darius Cikanavicius notes that children need their caregivers to flourish in adulthood. They need to be tuned, mirrored, and validated by their caregivers. Children develop a strong and healthy sense of being because their caregivers are emotionally healthy and resolved.

Psychologically speaking, giving children healthy and unconditional love makes them know what love feels like and how it is supposed to be practiced. They learn to comfort and love themselves, and they will also develop robust and healthy relationships with themselves, those around them, and those they meet because of the foundation laid for them. Thus, they should always know that charity begins at home and does not remain at home; it extends beyond.

However, if the foundation of love is not laid out for children, they risk living a sporadic life that will weaken them and their surroundings. They will not know or understand what real contentment is like.

In South Africa, like in many countries, there is a significant increase in gender-based violence and femicide. According to Deepa Vallabh Minister Bheki Cele announced over 10000 gender-based violence cases and 13 000 domestic violence were reported between July and September 2021. “Over the same period, 897 women were murdered (an increase of 7.7% compared to the same period in 2020), while sexual offence cases increased by 4.7% and incidents of rape rose by 7.1% compared to the second quarter of 2020.” Such malicious behavior may be traced back to childhood traumas that go unattended and unhealed because South Africa has a traumatic past that affects the nation’s present state. According to Saferspaces, an organization that sets itself to develop a space for women’s liberation from patriarchal beliefs, various social factors, which may also be cultural or religious, cause GBV in South Africa. These factors include but are not limited to:

Love is also a social factor as much as it a cultural one. It should be noted that lacking love results in malicious behavior. Undeniably, children’s upbringing plays a significant role in how they choose to behave. Although this is a social matter, it is also an internal matter that becomes internalized and naturalized by those subject to it. Julius Malema mentioned profound words at Hillary Gardee’s funeral in Mpumalanga. He spoke candidly about how we should stop preaching about protecting women and focus on safeguarding children because it all starts in childhood. Hillary Gardee was brutally murdered by three men, who shot her from behind in her head. Although this is political in some ways, it is also personal. More often than not, patriarchy plays a significant role in how men choose to show love. Shakespeare’s tragic plays, Othello, Hamlet, King Lear, and The Tempest, offer a glimpse of how men are focused on dominating women and not showing them unconditional affection.

Malema added that: “Hug the boy child, including those you have abandoned because they are the ones who are criminals.” He said, “These things (Hillary’s killers) were never shown love. There’s no way that someone who was shown love could stab her whole body the way these ones stabbed Hillary. This is an act of self hate.” Lacking childhood love lessons has a significant impact on our adults.

Bell Hooks quotes John Stoltenberg’s book The End of Manhood: A Book for Men of Conscience. Hooks notes that the book “analyzes the extent to which the masculine identity offered men as the ideal in patriarchal culture is one that requires all males to invent and invest in a false self. From the moment little boys are taught they should not cry or express hurt, feelings of loneliness, or pain, that they must be tough, they are learning how to mask true feelings.” Male’s children inability to express themselves is detrimental to them and the society at large. To some degree, patriarchy for Hooks creates a chaotic world where love will not exist, and domination will forever be the norm. However, this can change if children are taught from a young age.

Additionally, love and abuse cannot coexist. It is undoubtedly misinterpretation and misinformation to claim that abuse or harsh punishment expresses love. Growing up and believing such thus shapes children’s adult perception of love, which is wrong.

Morgan Mondriota adds that “Parenting and early life experiences set the stage for a child’s sense of what it is to be loved and safe in an often-confusing world.” Hence, Children that are abused, neglected, or abused develop a sense of being unloved and deeply unlovable. This tends to persist and affect all areas of that individual’s life.

Carla Marie Manly notes that children growing up in toxic environments undeniably accept unhealthy environments and see them as usual. They can become comfortable in settings that reflect similar values to their upbringing as they grow. She adds that “The child will mature into an adult who unconsciously craves the familiar, ‘comfortably uncomfortable’ toxic dynamics of childhood.” In addition to this, in their adulthood, children will “unconsciously choose friends and partners who seem palatable and even healthy yet ultimately perpetuate the negative patterns witnessed and lived in childhood.”

A Zulu proverb says “ligotshwa lisemanzi,” meaning children should be taught while still young. It is believed that “The child’s mind is where the revolution begins.” It is our responsibility to maintain that kind of mentality.” Diamante Lavendar reminds us that children should learn that love heals pain. Love is unconditional. Love should be fostered within their own lives. Lastly, Children must embrace the belief that they are essential, one of a kind, and unique. Thus, childhood lobe lessons are important and should be prioritised because the future is vastly determined by the foundation laid in the present.

Amrita Pritam And Sahir Ludhianvi's Love Story Is Impossible To Bring To An End. The stories of love stay alive even after the characters have passed away. It is such a belief that its buyers are alw