Civilians killed due to Army`s Negligence in Nagaland 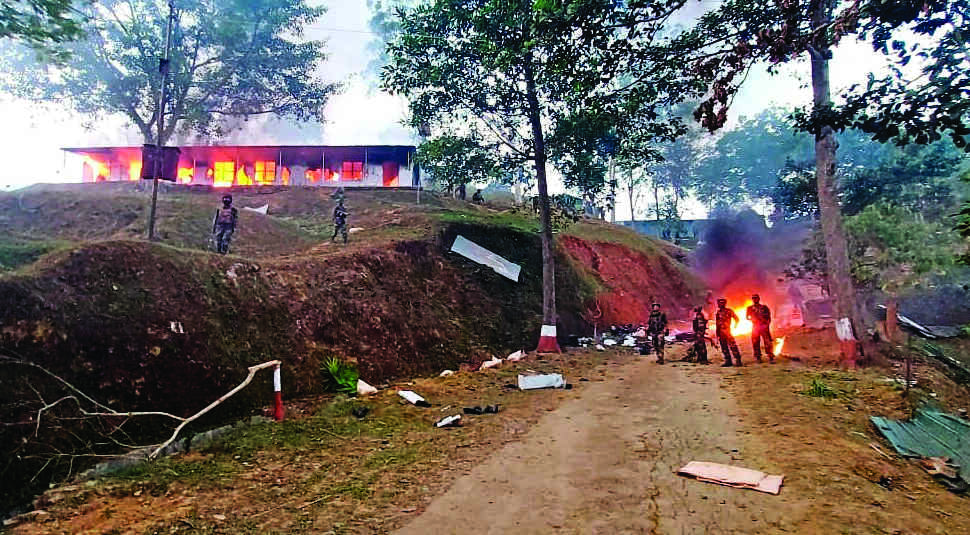 An army operation in the Mon district of Nagaland turned unfortunate for civilians when para commandos of the Indian army mistook them for militants and shot six villagers instead, who were returning home in a van later identified as coal mine workers. The workers were going to their residence in Oting village when they succumbed to an open fire in the Tiru area, about 15 km away from their residence, at about 5:00 pm. After this, a group of villagers assembled, set ablaze army unit vehicles and raged against the army troops, which led to seven more casualties among civilians and one soldier being killed.

On Sunday, the civil unrest continued when a group of about 500 men forced themselves into a camp of the paramilitary Assam Rifles at Mon district headquarters. The security forces repelled the mob, which again led to the death of one protestor, bringing the total number of deaths caused by ignorant speculation to 15. More than 20 people were sent to hospitals following the riots and violence in the area. Army officials showed their grief at the events and justified themselves by saying that it was faulty intelligence that led to this awful domino effect. As of now, section 144 has been imposed in the entire district, restricting the movements and assembly of civilians, with the exception of those carrying essential items, whilst internet services and bulk SMS have also been suspended till further notice in the Mon district by the Nagaland government.

The current hypothesis says that the Indian army was facing high pressure since the killing of Colonel Viplav Tripathi, along with his wife, son and four other soldiers, in an ambush that took place on November 13, in Manipur, by militants, and was compelled to seek positive results on short notice, which cost innocent lives due to a marginal rush to stage an ambush by the Indian army. As per Army representatives, the Intel came from a credible source stating the probability of the likely movements of militants in a truck on the Oting-Tiru road. The district shares a border with Myanmar and is an active camp for the Yung Aung faction of the banned NSCN (K).

The events were conveyed to higher officials. Home minister Amit Shah, defence minister Rajnath Singh, Army chief General M M Naravane, and others, as well as the state government, have ordered an investigation by a Special Investigation Team (SIT) and the Army court of inquiry to determine the cause of the misunderstanding and the exact sequence of events that occurred on Saturday. If not investigated, the Chinese can take advantage of the situation because they have already smuggled a significant and powerful number of guns and artillery. An officer shared how often do sources mislead army men in order to make money or to target their rivals, which may result in unfortunate incidents like this?

Following the killings, posters calling for the repeal of the Armed Forces Special Powers Act 1958 (AFSPA) went up at Nagaland's annual Hornbill festival in Kisama, amplifying the voices of people living in "disturbed areas" of Nagaland. As per the AFSPA act, armed forces possess special powers, often rephrased as "shoot to kill" in areas that have witnessed continuous violent activities and have a potential threat from the unknown. The act is currently in force in J&K, Nagaland, parts of Arunachal Pradesh, Assam and Manipur. Binalakshmi Nepram, who founded the Manipur Women Gun Survivors group, told the media that this is not the first time that the army has gotten away with the killings of unarmed civilians. In 2000, 10 civilians died at Malom Makha Leikai in Manipur.