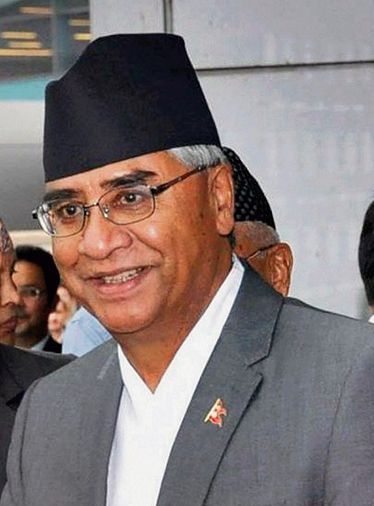 After Pakistan and Sri Lanka, another neighbor of India is falling into an economic crisis. Nepal is now facing a crisis attributed to the depletion of foreign currency in the national treasury. A lot of necessities that were imported earlier have become expensive as the purchasing power of the country has decreased. It is another crisis after Sher Bahadur Deuba government has taken over the country’s helm. Though the central bank, Nepal Rashtriya Bank has claimed that the crisis is not as severe as presented, however, the central bank governor did admit that there is a shortage of foreign currency which could restrict foreign trade to some levels.

The foreign funds in Nepal come from three sources- tourists, foreign aid, and remittances from citizens abroad. With the incoming coronavirus pandemic, the first source of foreign currency tourists has dropped attributed to worldwide travel restrictions and fear of health. Secondly, foreign aid has decreased due to the troubled waters the entire economy of the world is facing. Adding to this, the current political instability in Nepal has given foreign aid providers a reason for apprehension in providing aid as the purpose for which the money will be used is unclear. Finally, the remittances granted by citizens abroad have dropped drastically due to the drop in citizens going abroad. This is attributed to the limited intake of students in foreign institutions and new stringent norms in obtaining a visa. Amongst other factors, the present economic scenario of Nepal does not show much scope for expansion in economic parameters, thereby making foreign individuals and institutions invest less in the country. The central bank has issued a warning to the government that imports must be cut down else the treasury may not be able to bear the cost of expenditure on imports. The central bank at its level has raised interest rates so that it becomes more lucrative for international individuals and institutions to invest in Nepal and imports become less lucrative to the citizens.

The condition may be bad but there are signs of healing in the economy. As travel restrictions ease down, there is an expected inflow of tourists and as coronavirus settles, the hypothesis is coming to be true. Visitors from multiple countries are coming to Nepal for activities like mountain climbing as the country holds the world’s highest peaks. Further, with the new educational sessions starting, students and staff from Nepal are expected to go abroad, while the people abroad have started sending money home on account of the rising prices and decreasing affordability for the kith and kin, which happen to be Nepalese citizens. Finally, with the opening up of international borders for international work force as labor shortages arise, Nepalese economy does have a ray of hope when compared to Pakistan and Sri Lanka.