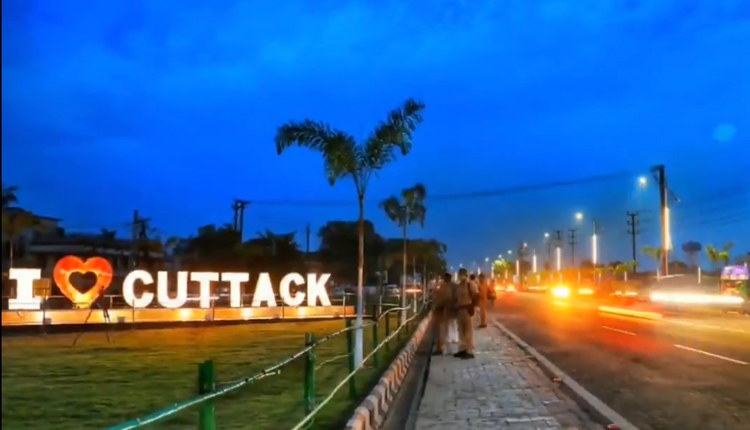 Cuttack is a historic and quaint city in the eastern coastal state of Odisha. With an incredible trail of thousand years, it has been the nerve center of Odisha’s cultural and political awakening. Established in 986 AD, it had continuously remained the capital of Utkal (old name of Odisha) till the new capital Bhubaneswar was established after the independence of India.

The name Cuttack (rather ‘Katak’ in Odia) is derived from Sanskrit meaning ‘The Fort’. Another meaning of the word is ‘military establishment’ or a cantonment. Thus the city strategically situated on the confluence of two important trade routes was formed as a garrison city and remained so since a thousand years. 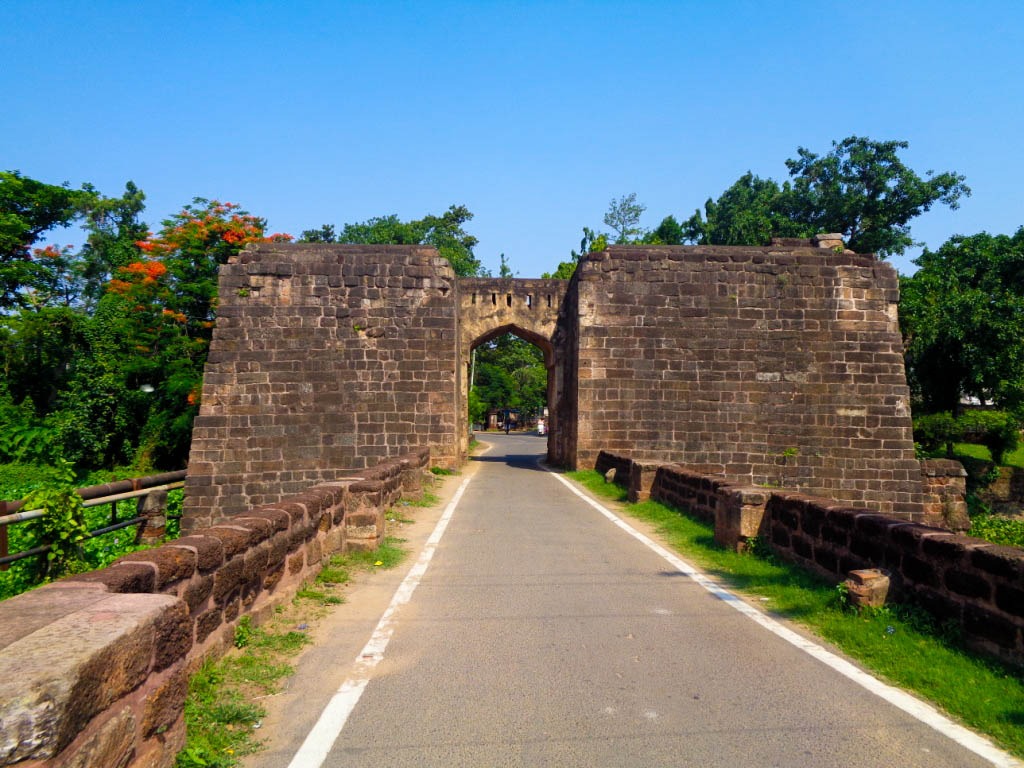 Standing testimony to this fact is the ramparts of moated Barabati fort, once home to the Eastern Ganga Dynasty who founded the first capital of their kingdom here in the medieval period. The root word ‘Katak’ interestingly is also interpreted as ‘capital’, was originally known as Bidanasi Katak (or Bidanasi military base) during those days.

Since then though this ‘Millennium City’ has changed hands from kingdom to kingdom but its position as a capital and military base remained unchanged. When the British took over from the Marathas in the 18th century, they started modernizing the city with new amenities, structures etc to suit it as a stronger base on the eastern coast. The famous phrase “Attock se Cuttack tak” (from Attock to Cuttack) was used as an indicator of the geographical flank of the expanse of their region.

Then in 1936 when Odisha was declared an independent state, naturally Cuttack remained its capital and saw the first development project to transform it into a capital of a state. Canals and roads, govt. buildings, High court were added to the already existing buildings of yore.

Cuttack then had flaunted an amalgamation of British and Indian architecture in its palaces, retreat houses, school buildings, medical college, churches etc. 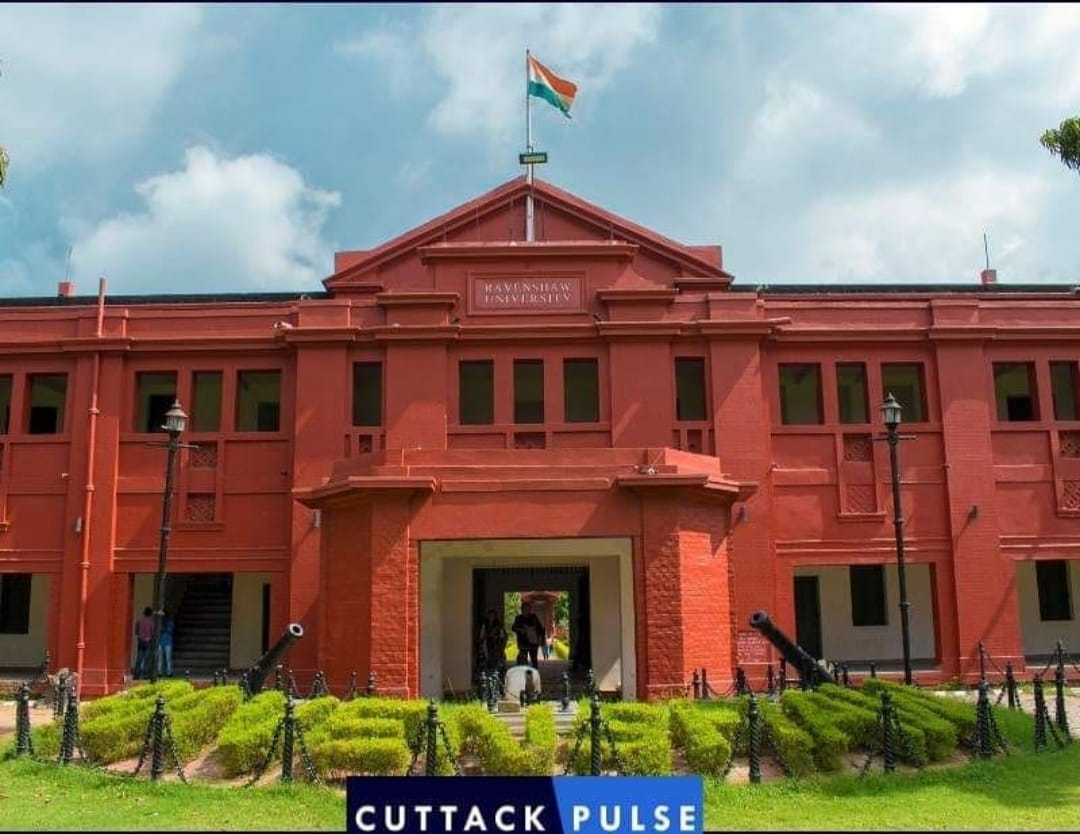 The city, uniquely a peninsula is bounded by the great river Mahanadi on one side and its distributary Kathajodi on the other. It boasted of an excellent canal system for navigation through it and thus was an established trade centre and route for all its generation of kingdoms.

Home to a plethora of luminaries and great personalities viz. Subash Ch. Bose, Madhusudan Das, former CMs Biju Patnaik, Harekrushna Mahatab, Odisha’s only female CM Nadini Satpathy, among others, it has been playing a multifaceted role in the development of the State of Odisha as well as the country as a whole.

Down the centuries it has continuously evolved and redeveloped to cater to the subsequent occupant’s needs but has always preserved its identity and charm. 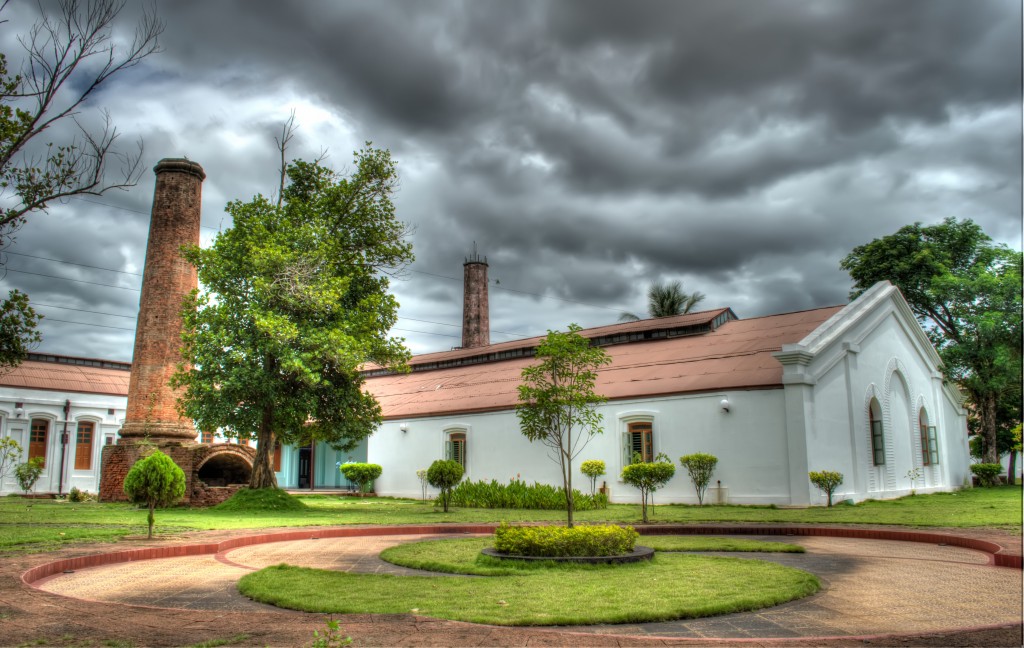 The loss of the crown –

But after independence the burgeoning needs of a state necessitated a new bigger capital and Bhubaneswar was founded as the new capital in the neighborhood. The capital of a thousand years lost its place but never lost its grace.

It remained the charming city from the history. Also called ‘The Silver City’ it held on as the cultural and artistic epicentre. Though Bhubaneswar is the capital, still Cuttack remained the judicial capital housing the High court, the Odisha Police Headquarters, the health capital having the biggest medical college, SCBMCH and the 150 years old Ravenshaw University and numerous other institutions which have contributed to making history within their walls. 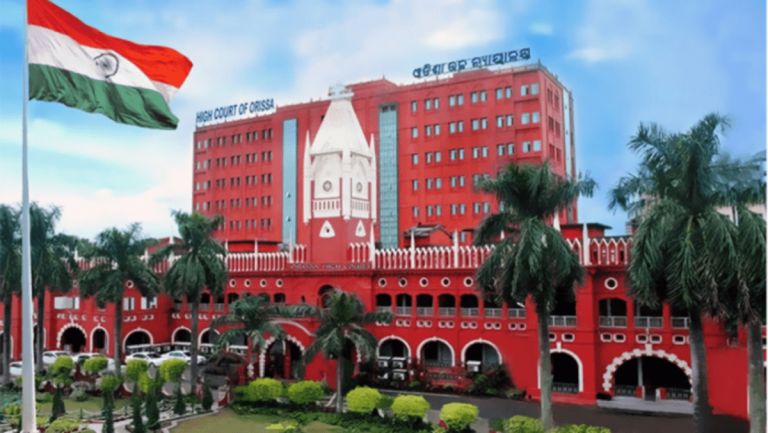 All this happened within the closed boundary of Cuttack, the two rivers on both sides restricting it, the biggest challenge for its expansion. The increasing population posed a threat of congestion.

Interestingly Cuttack is a maze of roads gaining its famous epithet “baun bazaar, tepan gali” (literally 52 bazaars, 53 lanes) and truly so. The endless lanes and by-lanes of the city are a unique feature of Cuttack. But even they have failed to accommodate the ever-growing traffic.

The growth of the city necessitated a future development plan. It was required for making life easier for the people who depend on it. Many attempts had been made earlier for a comprehensive plan to transform the city.

Finally the onerous task of redeveloping the 1000-yr old city was envisaged by another illustrious son of the city, the current CM Naveen Patnaik. Having been born in the city in his iconic home Anand Bhawan, he sensed the need and took the onus on his government. 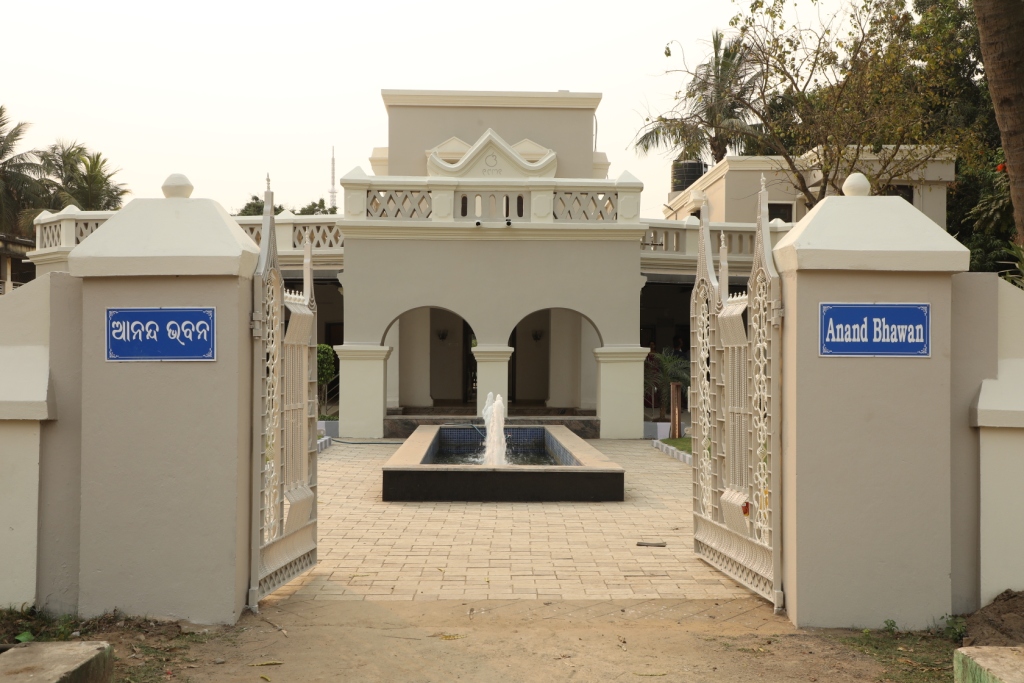 He declared an ambitious project of transformation of the city to reclaim its lost glory on January 23rd last year. Naveen announced the special development plan for the millennium city which included development of the SCB Medical College, development of international level Riverfront at Mahanadi River and expansion of the Ring road into six lanes.

Detailing the project, Naveen said “It will be the State Government’s endeavour to prepare a “Decongestion Plan” for Cuttack so as to enable our beloved city to have wider roads, better accessibility, parks, modern urban infrastructure, public spaces and utilities, parking and greenery”.

He also said that “every inch of the 424 acres of reclaimed land will be utilized to add ecological, recreational, sporting, cultural, aspirational and technological value in the lives of the people of Cuttack. Most of the land will be covered by greenery.”

The project reiterated best city planners to be engaged to prepare transformative plans for the Tier-II city which were to be undertaken with people’s feedback. It was also announced that work on SCB Medical College will also start to transform it into a world-class institution. 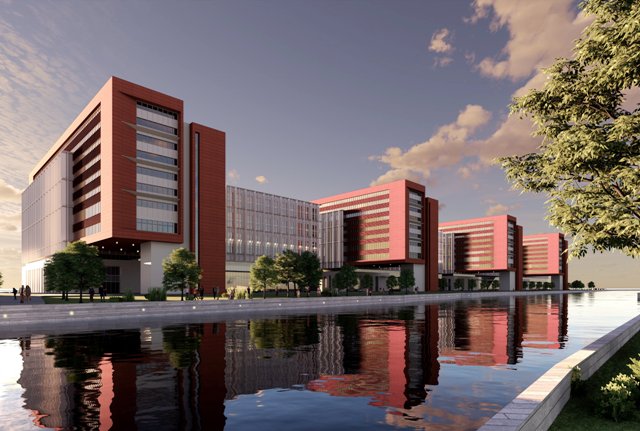 The development work started rapidly with senior officers of the state government directly involved in monitoring the project and its timely completion. The 5th Secretary of Odisha government, V K Pandian undertook ground zero assessment of the development projects on multiple occasions.

The projects were constantly overviewed for an unhindered prompt completion by the Works Secretary Dr. Krishan Kumar. A pivotal role was also played by the civic body, Cuttack Municipal Corporation led by Commissioner Ananya Das. “This ambitious project is going to change the face of Cuttack and we are all working in tandem to make it a reality” she said.

The work is to progress in phases –

In the first phase, one of the important parts of the Cuttack transformation plan – the Taladanda Canal Road expansion project, intended for providing seamless pathway for the SCB Medical College is now completed. The decongestion targets a speedier access to the central Medical College and successfully opening up areas for a spacious landscape.

The project included the widening and strengthening of the road along the two sides of the end part of the long Taladanda canal. It included the right embankment from Jobra to Hind Cinema square and the left embankment from Jobra to Cuttack Sweet Stall. With an expenditure of Rs 14 Crore, the project was completed in just seven months. While recently inaugurating the project, the CM reemphasized that the Government is giving top priority to transform Cuttack into a modern city. 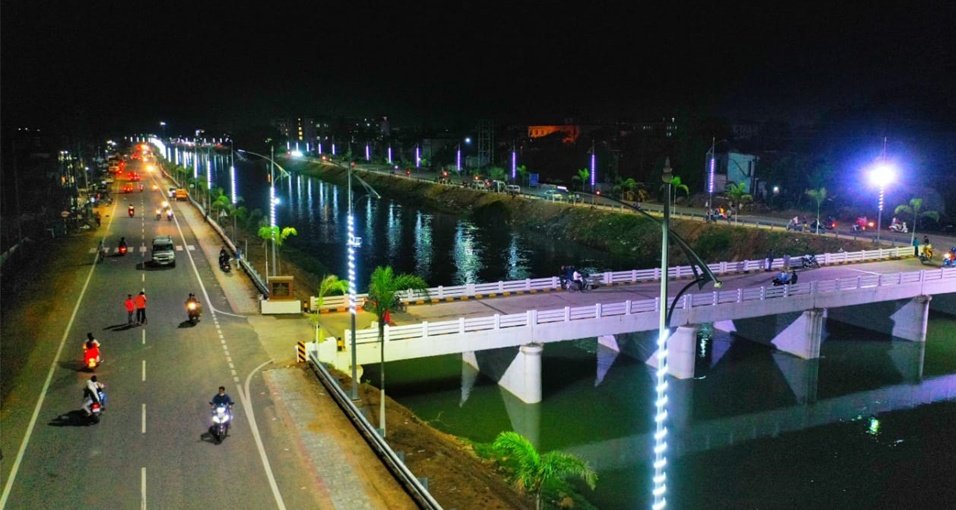 In the second phase, work is in fast progress to complete the expansion of SCB Medical College and Hospital into a world class facility. The expansion work had started in March 2020 as announced by the CM.

A new Bus terminus is under construction at the Khannagar area. The current Badambadi bus terminus will be shifted to this new facility and the city centre will be decongested and expanded. 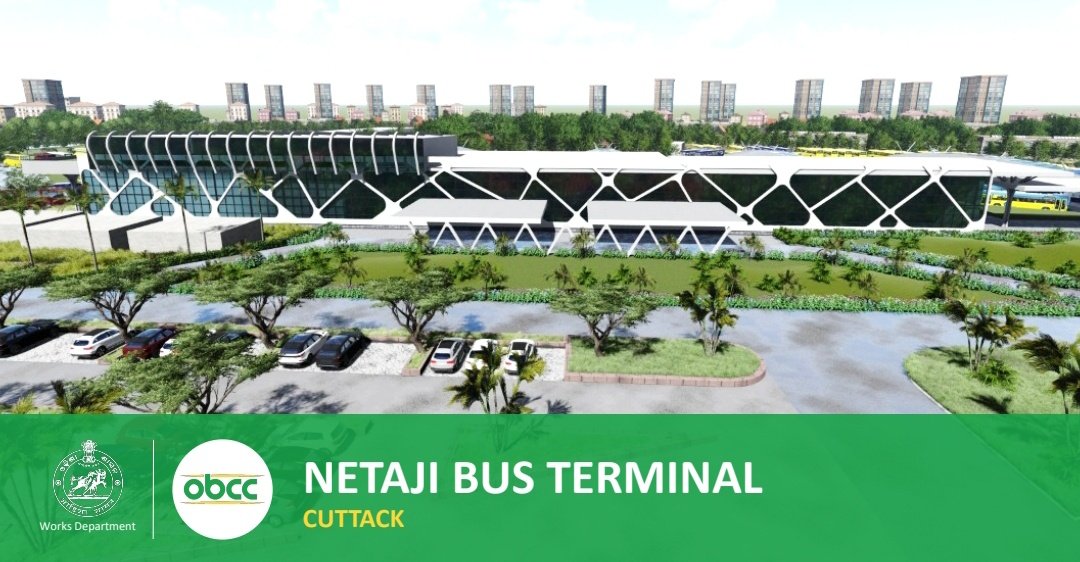 Alongside the constructions, beautification drives of the riverfronts are also underway along with plans for additional bridges over the two rivers to expand the city beyond its natural boundaries.

The inaugurated first phases of the pioneering project gave a glimpse into the formation of the overall project from the plan on paper to reality on ground, much to the awe and elation of Cuttack residents. “The project will finally decongest Cuttack and help clear its path to much more development” said Saurabh Mohanty, a resident of Ranihat.

Another denizen Sanjay Mishra was even more enthusiastic, “I have seen the proposed plans and this will elevate our city to a global status”. Many thanked and blessed the CM for taking up the project. Visionary Naveen giving back to his hometown is what people feel.

The project envisages taking everyone along and work for resettling displaced squatters has also begun. A teary eyed Kuntala Sahoo, a daily wager blessed the project saying that initially they were fearful that they will be evicted out but today after their relocation into a better settlement has made them happy. The resettlement of the first phase of displaced citizens has also given hope to other slums and thus will ensure lesser resistance. 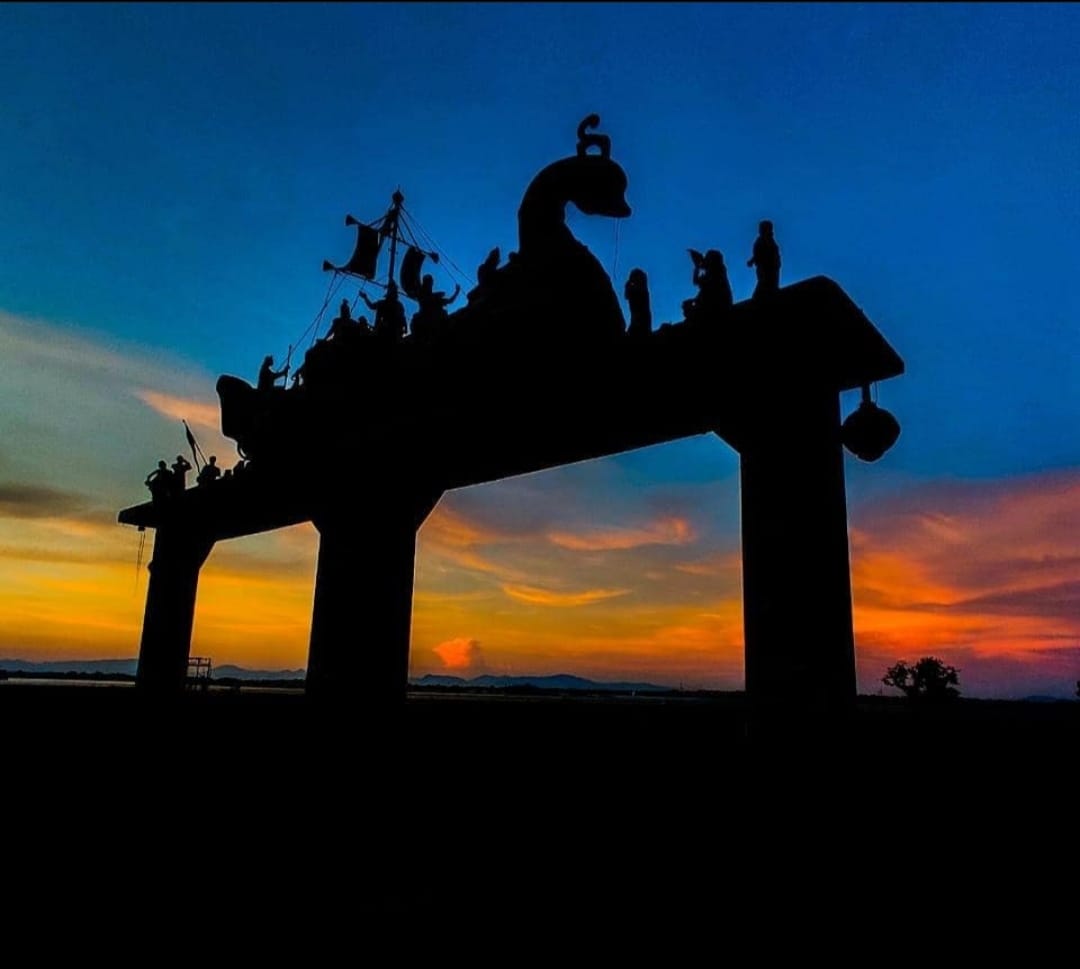 Finally, Cuttack sees a new breath of life. After losing its capital tag nearly 70 years ago and seeing a period of fading, today it is again marching to reclaim its position of glory as a city that has seen the makings of the Odia people it nurtures and shelters. The transformation will effectively propel and ensure the survival of the ‘Millennium city’ for a millennia more.