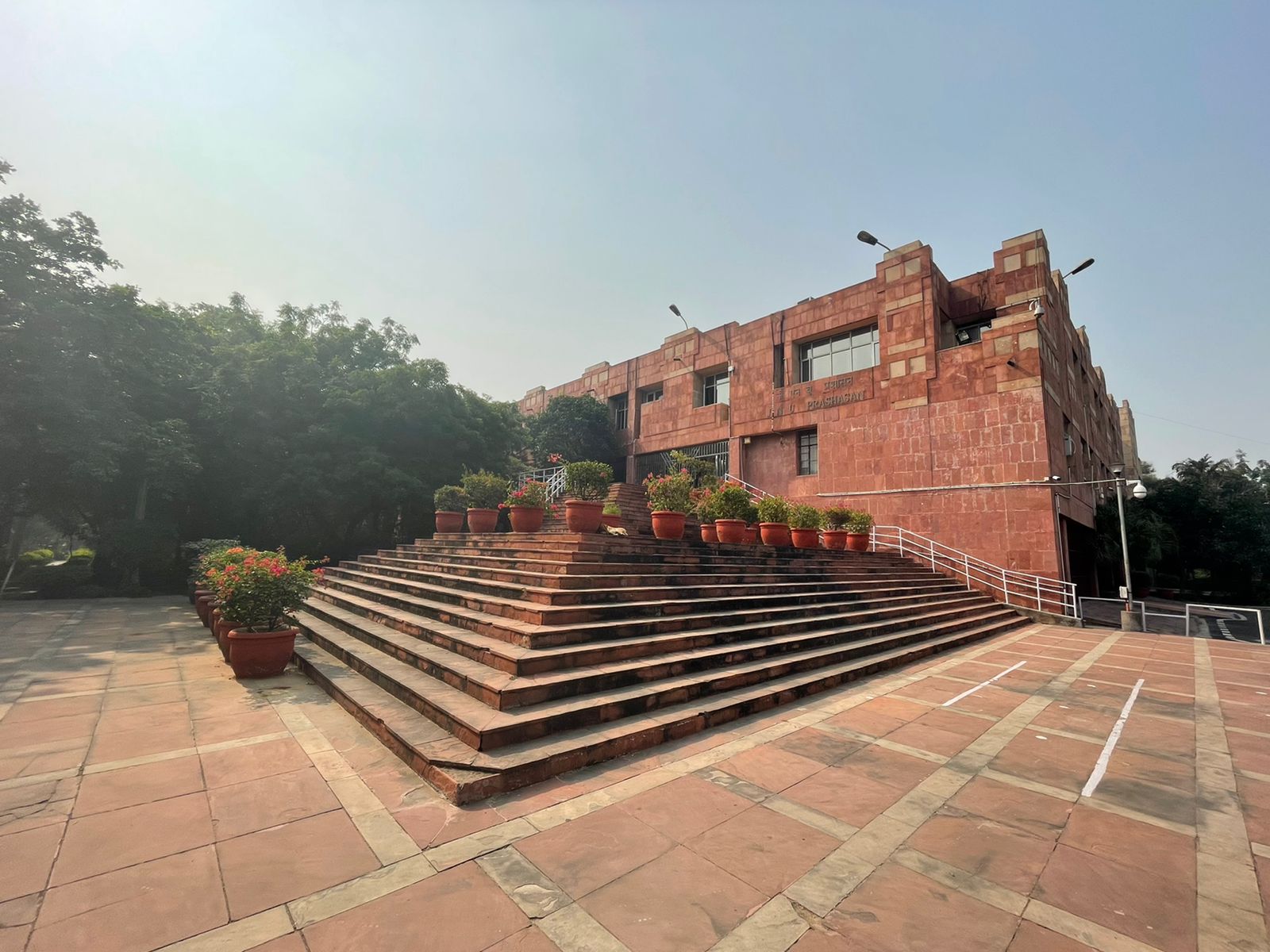 Jawaharlal Nehru University is one of the premium institutes of India. Situated in Southwest Delhi, the students of JNU rarely find it necessary to go out of the campus to have a good meal. The university has several Dhabas which offer quality foods at cheap rates. Just as the university's inclusiveness, the dhabas also provides a very inclusive menu that any student can afford.

The major dhabas of JNU are Ganga dhaba, North East Dhaba and Godavari Dhaba. All these dhabas have been inside the university for a long time. The locations of the dhabas are also interesting to look at. Ganga Dhaba is situated opposite Ganga Hostel, North East Dhaba is nearby the Tapti hostel, and Godavari Dhaba is on the right, in front of the Godavari hostel. Because of this easy accessibility, dhabas today are a cultural spot of JNU where everything from political meetings to casual talks happens. The seats of dhabas are never vacant.

North–East Dhaba, true to the name, their menu is filled chiefly with North-eastern cuisine. They provide the best chowmein and honey-glazed potato fries. One full plate of chowmein is for 90 rupees which serves two people. Godavari Dhaba has the best tea for just rupees 10.

While all these dhabas majorly function during the daytime, the Ganga Dhaba is the only dhaba that feeds JNU at night. The dhaba opens at 3 pm and stays that way till 3 am in the morning. Ganga has the cheapest menu with tea, coffee, and chowmein for just 10 rupees. The 59-year-old dhaba has an open space of rock chairs and trees in front, for the customers.

Attempts to close down the dhaba have been made several times. In 2016, Bharat Tomar, the present owner of the dhaba, was asked by the university's administration to shut down the place. In 2018, the university administration put forward a decision to close down the dhaba stating, "In response to growing demand from the students for the availability of clean and hygienic food, and also creating good ambiance in the campus, the Executive council has taken a decision to explore the feasibility of food courts at suitable locations in the campus."

JNU is often described as the microcosm of India. Students from all over the country who belong to different economic backgrounds, religions, castes, and classes study in JNU. The dhabas are not merely a space for eating, it is also a place upholding a strong political statement. The dhabas, standing by selling the cheapest best quality food, challenges culinary culture's unethical and forceful capitalization.

A culinary culture includes metonymic markers like food, cooking codes, combination, and consumption. Culture is a discrete entity divorced from its social or political context. Rather culture should be seen in all its complex forms and analyzed with the social and political context within which it manifests itself. Cultural practices are never divorced from their relation to power. The dhabas, the space they provide, cheap and affordable menu cards, and the quality of food are a challenge to the various dynamics of the prevailing capitalist power structure.

The Dhaba culture helps the students of JNU to understand and unlearn the power dynamics of mass culture. The structure of feeling is a concept that is central to an understanding of the idea of culture by the cultural materialist Raymond Williams. Williams offers the possibility of a democratic definition of culture as the 'lived experience' of 'ordinary' men and women, made in their daily interaction with the texts and practices of everyday life. This can be read as democratic since it subverts the hierarchical structures of culture.

In Dialectic of Enlightenment, by using the term 'culture industry,' Theodore Adorno and Max Horkheimer perceive art in capitalist societies as a structured, cliched mass cultural form. By taking art out of its purely aesthetic domain, they gave it a consumerist color, the product of social and economic conditions in any society. Individuals are thus made into passive consumers in mass cultural forms. Such a culture industry discourages the 'masses' from thinking beyond the confines of the present and, therefore, affects the efficient commercial manipulation of desire. For Horkheimer, the processes of the culture industry threaten the radical potential of 'authentic' culture.

Education is the overall development of a human being. It cannot be limited to books. Discussions, debates, and casual conversations are necessary to exchange and negotiate ideas and thoughts, which can lead to the mutual growth of individuals. Only such an environment can provide the best minds of productivity.

The pandemic world is engaging with a redefined idea of space and time. Using the Russian philosopher Mikhail Bhaktin's theories, the pandemic can be read as a crisis chronotope. Hence, time gets suspended and mapped on to different dimensions of temporality and spaces turn to sites of crisis. Delhi witnessed the sudden change of public parks to crematoriums. The sense of alienation implied on us by the pandemic is enormous. A paper in the Journal of Affective Disorders, in December 2020, by a Chinese research group (Yue Zhu et al.) lists the impact of alienation caused by the pandemic on individuals. The study claims that social distancing may impact individuals' mental health by the feeling of alienation which was moderated by affective disorders. Such a situation makes it more important to have spaces like dhabas to overcome the mental and physical challenges imposed by the pandemic.

The political encouragement of spaces like dhabas might shoot a scary arrow to the stereotypically existing power structures. If so, protecting dhabas and such spaces is necessary for contemporary India.