Does Ecotourism make a Difference in Re-wilding the Earth? 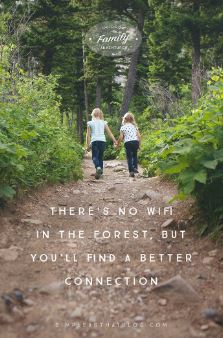 What is Re-wilding the earth all about? Did you know that we are pushing 100 species a day, 4 species an hour into evolutionary oblivion? Many people are talking about global warming and climate change, but few understand how the downward spiral toward this environmental catastrophe began. Most of us feel overwhelmed as to how we can turn things around and begin to Re-wild the earth so that she can recover and revert to being stable, sustainable biodiversity enabling us and all species to survive.

Science writer, Elizabeth Kohlbert, author of a Pulitzer prize-winning book called The Sixth Extinction, tells us that between 1740 and 2014, sixty percent of the world’s flora and flora have disappeared before our very eyes, and human fingerprints are on the trigger.

David Attenborough concurs in his recent documentary, A Life on Planet Earth, where he unveils that half of our rain forests and other wild places have disappeared in his lifetime. The result is that the air has become filled with too many particles of carbon which are being absorbed by the ocean leading to global warming, and the death of multitudes of marine life and melting ice-caps that in turn shift climatic cycles worldwide. The heritage David would like to leave lies in his appeal for us to stop destroying the world and take a few active steps to start Re-wilding her instead.

I would like to focus on an international tourism group called TUI, who take David Attenborough’s appeal seriously. They have 1,600 travel agencies and leading online portals, five airlines with around 150 aircraft, over 400 hotels, 16 cruise liners, and operate in 180 regions offering packaged holidays to 27 million customers. Thus they have an expansive reach. Their slogan “Happy holidays, Happy world” is evidence of a sustainability consciousness resting on four pillars:

The first pillar called “stepping lightly” aims to reduce the carbon footprint of their holidays by using carbon efficient airlines and minimizing the carbon intensity of their operations by 10%. Secondly, they would like to “make a difference to people and communities” by initiating 10, million holidays that are “greener and fairer”.

Thirdly they would like to “lead the way” through the TUI Care Foundation with an investment of 10 million euros to pioneer sustainable tourism around the world. So far this has impacted 150 disadvantaged young adults in the Dominican Republic who enjoyed a vocational training course preparing them for work in the field of tourism, and on successful completion were given 6 months of employment in a Blue Diamond Resort.

There is an additional planned initiative for a charity in 51 countries across Africa, Asia, and Latin America to reduce poverty and create better lives, especially for young girls who tend to give back to their communities.

TUI (Trusted, Unique & Inspiring), has also partnered with the Sefapane Community Development Fund in South Africa for the Ecokidz project that ensures up to 400 impoverished children in the local community learn about the fauna and flora of their natural surroundings through a two-day adventure into Kruger National Park, and an ongoing annual nature education program as part of the curriculum within their local schools.

In Tanzania TUI partners with Kawa Training Centre in Zanzibar by funding the training of thirteen young men, who would otherwise be unemployed on an island attracting international tourists because of its beautiful beaches and unique marine life. These six months of training will also be supported by a three-month internship at a local tourist destination.

So have these TUI interventions led to an increased Re-wilding of the earth? I like that they believe if they empower disadvantaged youngsters with the knowledge and skills to become active in the tourism industry they change their economic realities which filter back into the communities where they live in a financially uplifting way. I also believe if you change the mindset of school children on the borders of game reserves at an influential age to become more earth caring they will also tell their parents and older siblings, “no more poaching”. However, is this impact big enough to turn around the staggering-for-survival world in which we live?

How about encouraging tourists to holiday closer to home with financially incentivized holidays thus minimizing their carbon footprint? Or encouraging holidays for families whose children go to the same school to create community? Possibly even encourage holidays that offer activities that enable nearby disadvantaged communities. I know of an organization called World Ventures that offered holidays where participants built “bottle schools” enabling local children in Guatemala to be educated.

I believe that if you don’t change human mindsets to grow in emotional and ecological intelligence it is impossible to motivate people to become conservationary. Edward Wilson, renowned biologist, who passed away at the age of 92 years in 2021, reminds us:

The human species has had some 3 million years of survival-programming in how to interact constructively with nature…love and connectedness with the natural world is rooted in our genes - as much a part of our history as love and bonding and having children.  We know at a deep body-mind level, however dimly, that if we continue to reject this programming and do not establish a respectful interaction with nature, we will lose not only a vital dimension of our humanness but eventually our planet home as a self-renewing, life-nurturing organism.

I promote Wilderness Encounters where participants gain life-changing insights from observing wild animals and indigenous people who know well how to relate to one another and conserve the earth. It is my hope that if influential, prominent people’s lives are changed in the wild, during Transformational Holidays they will want to give back.

Wilderness Encounters empower top sportspeople and executives who have reached the top of the ladder in their professional domain but are now being retired because of sports injuries or age. These men and women have a depth of experience and success that could continue to influence and inspire those following in their footsteps. They could offer a heritage of success as wise elephant matriarchs and bull elephants do when they pass down their knowledge from generation to generation of how to survive and thrive.

Wilderness Encounters have changed the lives of parents and children adjusting to parents' separation and divorce; young amputees have enjoyed time in wilderness places and become Paralympians, and those rehabilitating from drug addictions have met their families on equal terms in wild places to negotiate what it will be like to be back in the family and community again.

Change only happens when people are impacted in their hearts and not just their minds. We have evolved in adaptation to nature physically, soulfully, and spiritually, so when we take time to relax in the nurturing arms of Mother Nature we awaken our wild within. It is only then from a place of inner transformation that we will hear the cries of our external landscape and want to Re-wild the earth.