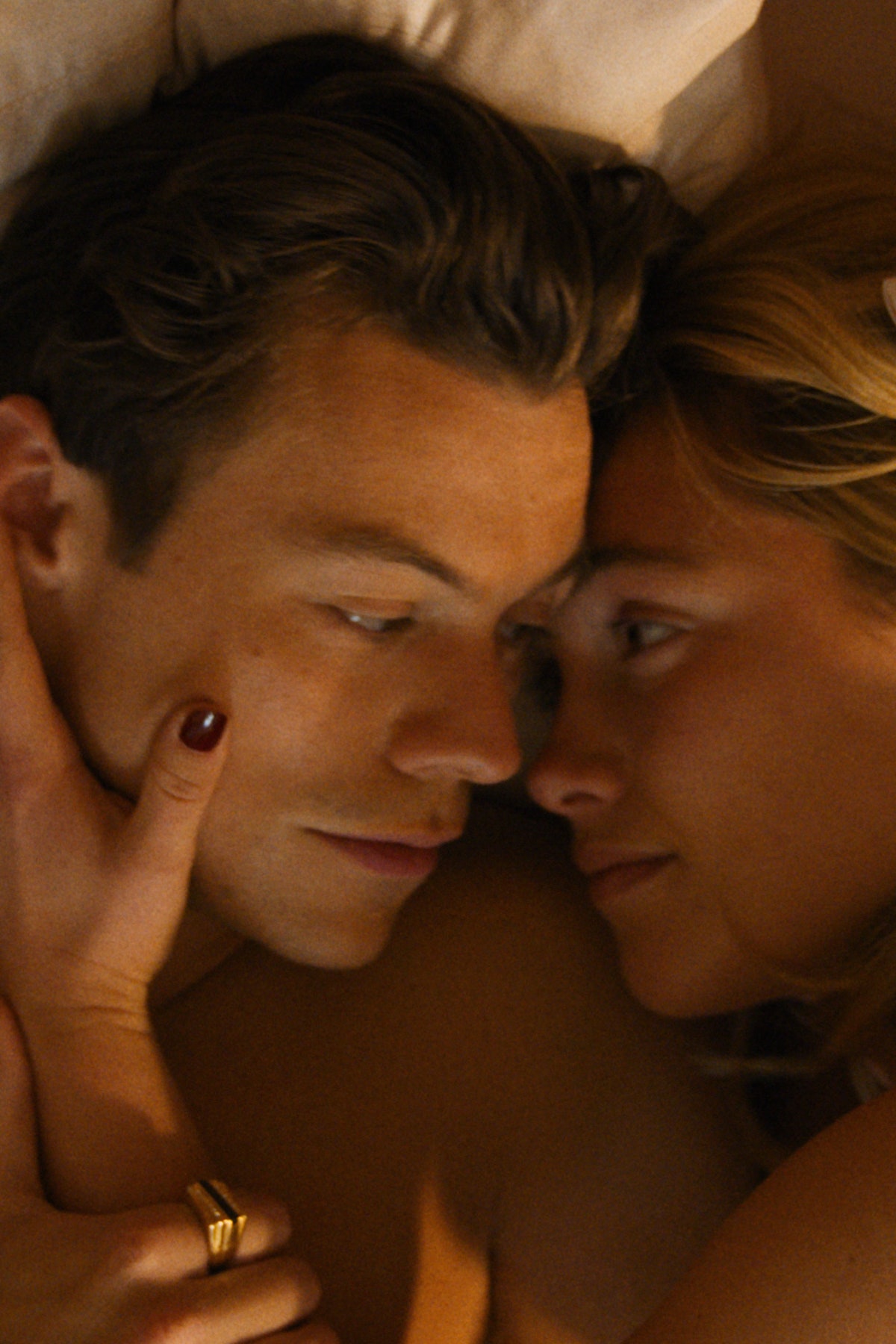 This paper summarizes and evaluates the film Don't Worry, Darling. It examines the connections between the film's cinematic performance and that of a famous novel. It analyses the film's portrayal of gender roles deemed normal in a specific era and discusses the audience's reaction to the film.

The film is set in the 1950s and depicts white-picket-fence households with a 50s glitz and glamour lifestyle characterized by exquisite clothing, lavish parties, and a never-ending pattern in the lovely, filled with obedient, happy wives who stand at their husbands' career needs. However, things take a drastic turn in the area as a series of cobwebs are removed, revealing the sinister secrets that make the town what it is.

Florence Pugh, who portrays Alice in the film Don't Worry Darling, demonstrates to the audience how adeptly she embodies the character by showing a day in the life of a devoted housewife. At the same time, her husband, Jack, who Harry Styles represent, god works daily to provide for the family. It depicts gender roles in the 1950s that show how society perceives each gender in a family setting, with the male as the head of the household and the female as the subservient. This already demonstrates how strange the town appears, as evidenced by Alice's observation of something strange occurring during her bus ride.

Jack, Alice's devoted husband, reassures her that the cause of her abrupt breakdown and paranoia results from feeling ill, erasing Alice's nagging concerns about her house and community. Later, her friends view her change in personality as odd, as they view her troubled side as a peculiar character from Alice. In contrast, at the beginning of the scene, her personality is portrayed as that of an ecstatic party girl. However, her reluctance to trust that "everything is fine" is justified by her contact with Frank, the local leader portrayed by Chris Pine.

Throughout the entirety of the film, the feud between one another resembled that of a cat and a dog; the tension was palpable on-screen and resurrected the movie’s perplexing storyline. Florence Pugh and Chris Pine exhibited natural talent and professionalism in claiming ownership of their respective character roles, particularly during a confrontation between the two characters in a particular film sequence, which helped to define their dramatic talents.

However, director Wilde does not explain how the metaphor of a white picket fence family connects to the sci-fi allegory of the film until the end of the film, which demonstrates how twisty the film is. This makes the film more complicated and challenging to comprehend for the spectator.

The film's depiction of sexism in the characters' performances relates to Betty Friedan's 1963 classic "The Feminine Mystique," in which she portrays the "happy housewife heroine." The similarities between the book and the film depict the feminine role of a responsible housewife in Alice and the other women in the movie. The women are seen meeting up for shopping trips, ballet classes, and spending hours in the kitchen preparing home-cooked meals for their husbands, highlighting how director Wilde portrays the image of a "happy housewife heroine."

Moreover, the filmmaker emphasizes the 1950s era of a "white picket fence neighborhood" in the film; herillustration serves as a diversion to the spectator since she fails to examine the screenplay's complexity and actual difficulties. Wilde depicts the glitz and glam style of the era as opposed to the intricacy of the characters. At the same time, the film's plot lacks coherence and only demonstrates inconsistencies to the audience. This also applies to the actor who portrayed Jack in the movie Harry Styles, whose lack of acting experience prevented him from exploring the actual intricacy of his character.

Don’t Worry Darling reviewed by Christy Lemire on the website of RogerEbert.com emphasized how it is “every lamp and ladylike cocktail dress, every convertible and clink of a martini glass is a perfect reflection of retro chic.” She outlined how the film's climactic and inadvertently humorous ending is reached, but Wilde loses control of the material. She rushes to reveal the final enigma with a big expository dump that is both bewildering and disorienting.

Moreover, the movie scored 38% Tomatometer and 75% audience score on rotten tomatoes with one of the critics stating that the initial appeal of the images is not sustained, and Wilde's approach to it feels flimsy, with just superficial flourishes and little that feels genuinely inquisitive, insightful, or reflective. Nonetheless, they are unique dresses. Stunning gown. Another critic notes that Pugh's acting in the film is exceptional; however, the film's inability to go deeper into the narrative's dark core causes it to sink due to its superficiality.

James Luxford wrote in City A.M. that the film contains echoes of films such as The Stepford Wives, Get Out, and the Truman Show but feels more like a retread than a contribution to the discourse. The feminist message is given too forcefully, especially in the third act, a surprise that can be spotted from a mile away. Visually bizarre dream sequences merely emphasize the plot's superficial nature. Positively, the cast is excellent. Without Pugh's slow-burning paranoia that erupts into uncontrollable wrath, the entire undertaking would be diminished. Pine's old-school Hollywood persona works well as the corporate messiah, and he is never better than when he is duking it out with Pugh.

Don't Worry Darling does not deserve an Oscar consideration for best director or film, despite the exquisite performance from the cast, particularly Florence Pugh and Chris Pine, who brought some light to the movie with their undeniably explosive demeanor of the characters. The film only relinquishes the "All American Dream scene" but fails to touch the surface of the story, and it does not help that most cast that claimed a role were not as impactful, which detracts from the overall quality.