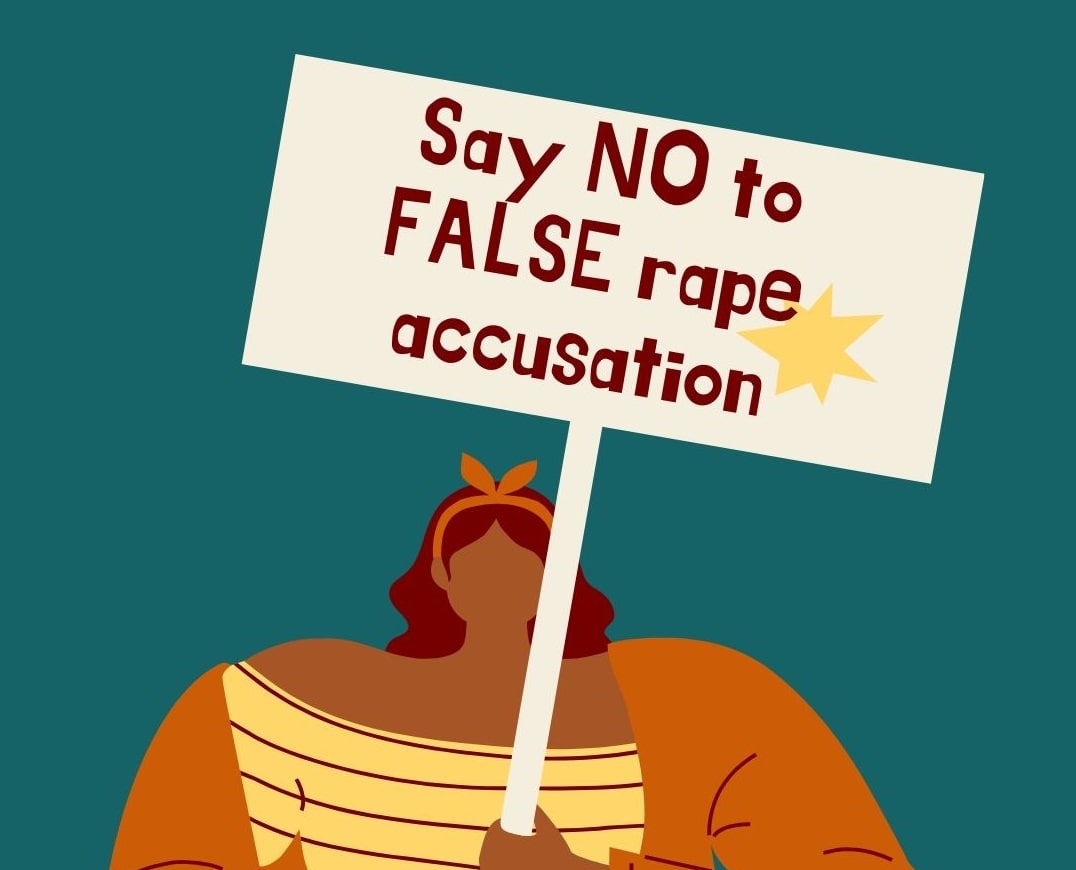 In a recent statement, Justice BN Srikrishna stated that there is an urgent and dire need to tighten the lacunae in rape laws as there has been a staggering increase in false rape cases being filed. He said that there is a need to bend laws in favour of women due to the heinous and brutal nature of the crime, but at the very same time, some lacunae need to be filled for the accused as well. Looking at the statistics, his claims do not seem too far-fetched either. A report by the Delhi Commission for Women (DCW) published in 2013–14 raised the point that about 50–53% of filed rape cases could be frivolous. This number is very much an indication for the legal and justice systems to introspect and investigate the shortcomings.

The heinous, brutal, barbaric, and savage nature of the crime makes it a matter of utmost importance to be dealt with when reported, but for these very reasons, it is necessary to look at such cases objectively. Once accused of such a crime, a person is subjected to enormous ignominy and ostracization from all social spheres. The behaviour of society often seen towards such people is that of a convict rather than an accused. On the other hand, the word of the accuser, the woman, is taken as gospel of truth and no sort of legitimacy is lent to the word of the accused, especially in the pre-trial/initial stages of the investigation. It is only in the court of law that the accused gets his first say, even when the reputation, career, and overall social life of the person seem to have taken a hit. The media and other mediums of communication leave no stone unturned to shred the entire existence of the accused to pieces. The solutions to such shortcomings are needed within the hour, as the number of false filings increases and the proceedings for such acts will eat up the already congested court time. Further, the impact on the character and dignity of the accused is not even quantifiable.

Though no comprehensive and objective study has been done to understand why this menace even happens, a few suggestive reasons include social and personal factors for filing such accusations. Given how easy it is to file accusations and then assassinate the character of an individual, the reasons vary from coercion and blackmail to impugning the character and defaming the individual out of personal or community enmity.

Further, cases are often filed against the male partner in consensual physical relationships when the family finds out. In a bid to slam and counter the independent sexual choices of the female partner, the family puts up a complaint of rape, often demanding marriage or money from the male partner who has been accused. In their bid to nullify the consent of the female partner, the accusers often take no interest in the damage it would do to the reputation of the accused. It is preferable to say that consent was not given than to deal with the social ordeal and boycott faced by revealing independence in a sexual and physical relationship. The act of consenting to a sexual relationship on the pretext of marriage was also considered rape if the promise of marriage was not fulfilled. However, the Supreme Court recently stated in Maheshwar Tigga v. State of Jharkhand that the concept of consent under Section 90 of the Indian Penal Code (IPC) stated that “consent under a mistake of fact is no consent at all in the eyes of law.” However, for the purpose of sections 375 and 376 of the IPC, if the sexual relations are consensual and not isolated and sporadic, the consent without any reasonable proof cannot be denied as the relationship is of free will and either of the people involved in it can opt-out of it at any point of time.

Cases on misuse of rape laws

In the wake of New Year’s Eve, the police department of Haryana unearthed a conspiracy by a 22-year-old wherein she would meet people over dating apps and social media and then engage in sexual intercourse with them. After committing sexual acts, she would blackmail people into producing a ransom, and in the final extremity, she forced a person to marry her under the pretext of filing a false rape claim against him. She categorically threatened the man that if he would not adhere to her demands, she would ruin his career and make his very existence miserable. The voice recording of the threat was obtained by The Logical Indian, where she’s heard clearly making threats to the man.

Another such case emerged when the Allahabad High Court acquitted a 43-year-old man after he spent 20 years in prison on charges of rape and atrocities under the SC/ST act. Convicted way back in 2001, the man, now aged 43, walks out of prison. The accusations in the case would have horrified any human being if not countered by the evidence of the case. The man was accused of having sexually assaulted, raped, and beaten up a woman who was five months pregnant. The case was filed by the woman alongside the husband and the father-in-law of the woman. Any report made on this would have horrified people to extremes, but now that the accusations are complimented with evidence, the allegations fail to stand. The accusation of rape was countered with the forensic investigation report, which denied the presence of semen, spermatozoa, or vaginal injuries. The allegation of physical and sexual assault was nullified by the fact that there was an altercation between the parties and some physical injuries were sustained by both parties. The ultimate evidence of the land And cattle feud was taken into consideration by the High Court, where it was observed by the court that there was a motive for the accusing party to falsely implicate the man in order to extort from him some portion of disputed land and cattle stock. Finally, the Allahabad High Court acquitted the man after 20 years of rigorous imprisonment. Coming out at the age of 43, and having lost all family and property, the person has no clue how to figure his life out.

Solutions for the menace

The solution to such incidents should be found through a collaborative effort of National and State Human Rights commissions, the police force, and legislators. However, the biggest caveat is that the solution does not lie in providing leniency in the rape laws, rather a more stringent and gap-free law regime is required for such a heinous and horrific crime. There are already lacunae like marital rape and an age restriction of mere 15 years over the rape clause in the marital contract which is yet to be filled and any leniency in them would be extremely detrimental to the justice system. Multiple reports by various organizations already present a bad picture of rape reporting in India, wherein estimates say that only 6-15% of total rape cases are even registered and any leniency in rape laws would open floodgates as the fear psychosis of the individuals from the punishment would be diminished.

So where do we stand? What can be an operative and practical solution? The answer to these questions is objectivity in trials and the privacy of both parties. Utmost care must be taken to not let the privacy and trial of the people go into the public domain as such a situation would lead to character assassination and a worthless media trial which would bring either of the parties or both of them to suffering from social stigma. The lives of both the people would be ruined in an irreparable manner from career, social, and family aspects. The objectivity of the trial must also be maintained and word of either party for whatsoever reason must not be treated as the gospel of truth, the principle of “innocent until proven guilty” must hold.