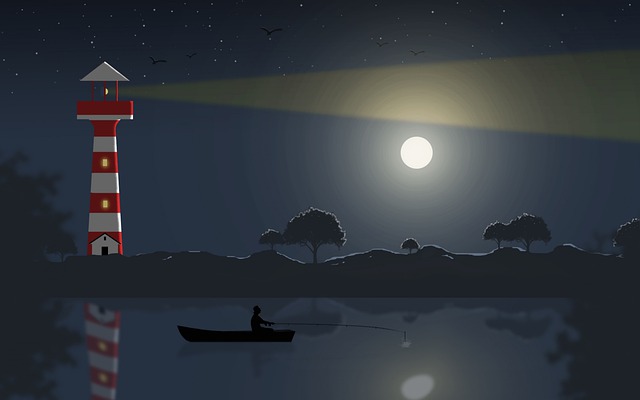 On cold winter nights, he would always start his talk with the same question: "What do you want me to tell you tonight?" We knew there were only two possibilities: "The Sad Monkey Story" or "The Treasure Vase." The sad monkey was always our favorite. I've loved the sad monkey story ever since I was three years old.

And the more beautiful it became as I grew older, the more I realized it was owing to my father's voice.

Due to his difficult working conditions, my father would spend most of the nights outside the house; his presence with us at night was a pleasure we eagerly awaited, and those two stories were all he knew of tales.

Once upon a time, there was a poor fisherman. He was married to a horrible woman. She was daily causing him problems and ruining his life. He was, on the other hand, patient, always accepting challenges with a smile, dedication, and calm. He never gave up hope, even in the darkest of times.

However the fisherman had no idea what was in store for him, as the weather had been worsening and the sea had become rough for some time, but he continued to fish despite this. Every day, he would return empty-handed.

When he returns home, he finds his wife yelling and cursing him, threatening to kick him out of the house if he does not return with money as she is fed up with him and his poor life.

The fisherman would bear everything, afterward return to work in the morning with the fishing net in his hand and raising his hands to the sky, praying to God to lighten his hardship.

The fisherman went and sat in front of the sea and cried, his tears running down like a river on the darkest winter nights, but the strange coincidence that he found the fishing net heavy, he hurried and pulled the net with all his strength, thus the surprise that he didn't find any fish, all he saw was a monkey wet with water.

The fisherman was disappointed because the monkey was shivering from the wet and cold, the hunter lit a fire to warm it, yet the fisherman said, " what should I do with that monkey, my wife won't let me in house?"

"Do not be sad, fisherman; take me home with you, and you will not be sorry,"  The monkey was the one who said this.

The fisherman was shocked, also the monkey stated that he could only speak in front of him because he was a good man and he loved him, as well as the monkey also begged him to take him home.

"Do good and you will never be sorry," the monkey said.

The fisherman did, in fact, take the monkey home. The monkey entered the house and spent the night after meeting what was waiting for him from his wife. The monkey commanded the fisherman to take him out to sea first thing in the morning.

The fisherman returned that day with an abundance of fish and food. His wife flew away from happiness for a while; the fisherman's money increased, and he lived in abundance and happiness.

But his wife, who had missed the problems, told him that she was sick of this sad monkey and that he needed to get rid of him because he was the source of all the suffering. When the monkey overheard their conversation,  He left the house, and slowly everything went back to normal: no fish or money. The fisherman's wife went to her husband and demanded that he bring the monkey.

Since he had betrayed the monkey and thus lost a true friend, the fisherman refused. The fisherman was only concerned with the agony of separating his monkey,   then went to the sea and cried his heart out remembering the monkey ... this went on for months.

Meanwhile, the monkey hid behind a beach rock, watching the fisherman cry every day. The monkey's heart finally softened, and he appeared from behind the rocks. When the fisherman saw him, he was thrilled, The fisherman's wife was delighted too, then the three of them lived happily.

My father was always tired, his work was difficult from morning to evening, yet somehow he managed to tell us stories. There may be no more stories now, but there is my father. He no longer sleeps outside, which is a good thing. The house is exactly as it was before, and thankfully, my father is here, at home with us.

Home furnishings 2022 I News and Trends