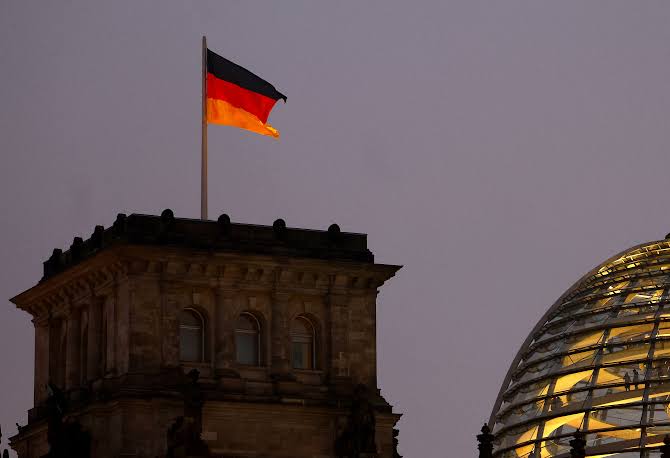 In response to an alleged far-right plot to violently topple the government and install a minor royal as a national leader, Germany aims to strengthen its gun restrictions, the country's interior minister Nancy Faeser said in an interview that was published on Sunday in Bild am Sonntag, Germany’s leading newspaper.

Twenty-five people were detained by German police last week on suspicion of being involved in the conspiracy, which has startled many in one of Europe's most stable democracies.

According to authorities, several of the accused belonged to the "Reichsbürger" (Citizens of the Reich) movement, which contests the legitimacy of the contemporary German state.

Plotting to Overthrow the Government.

In connection with a plot to storm the Bundestag, damage the German power grid, and overthrow the German government, officials in Germany detained at least 25 persons on December 7. At least twenty-five other people were charged with taking part in the scheme.

The group of far-right and ex-military leaders allegedly planned a "Day X" invasion of the Reichstag and takeover of power.

A long-established aristocratic family member named Heinrich XIII is thought to have played a key role in their schemes. According to federal authorities, he is one of two alleged ringleaders among those detained in 11 German states.

The radical Reichsbürger [Citizens of the Reich] movement, which has long been under the radar of German police due to violent attacks, and racist and antisemitic conspiracy theories, is reported to be among the plotters.

Reichsbürger Connection to the Coup Plot

Although the Reichsbürger has a centralized organization, they are thought to have at least 21,000 sympathizers. Their fundamental conviction is that the current Federal Republic of Germany, its institutions, and democratically elected officials are unconstitutional.

Opponents of the movement refuse to submit to the will of the government, including by paying taxes. In the early stages of the pandemic, they gained notoriety for defying COVID-19 rules.

Although there is considerable disagreement as to which former iteration of the German state is the authentic one, most group members hold this belief.

Some adherents hold the period from 1871 to 1918, when the German Reich was founded following unification and before the First World War, to be the period during which Germany existed in its actual form. Others refer to the Weimar Republic's constitution as the one that represents the real Germany. Others continue to emphasize 1937 as evidence for what they believe to be the true borders of German territory, which at the time included what is now Poland and Russia but not Austria, which had been annexed in 1938.

German gun laws have recently undergone several revisions that have made them increasingly stricter. Following a school massacre in the city of Erfurt in which a student killed sixteen people, a new Weapons Act went into effect in 2003. The new Act tightened restrictions on young people using large-caliber weapons and enhanced standards for the secure storage of firearms.

In reaction to the Winnenden Massacre, in which an 18-year-old killed fifteen people during a school shooting, another reform was implemented in 2009. This most recent reform resulted in the establishment of a federal gun registry and strict government oversight of gun owners' compliance with regulations on the secure storage of weapons. According to the amended law, the government may at any moment ask to enter the property of any registered gun owner to check that the required safe-storage measures are being followed.

The scheme, which involved installing Heinrich XIII, Prince Reuss of Greiz as the country's leader, was discovered in recent days.

More than 50 people have been named as suspects by the authorities in the anti-government plan that was linked to the Reichsbürger movement.

Faeser added that the government would "shortly further tighten gun restrictions" because "we need all authorities to exert maximum pressure" to take away their guns.

Germany's gun laws are among the harshest in Europe, even though its residents are permitted to own firearms. The ownership of firearms privately is uncommon.

Before the raids, authorities had already seized guns from more than 1,000 Reichsbürger members, but it's thought that another 500 still have gun licenses.

According to the prosecution, among the suspects were those who possessed weapons and were also skilled users. They had stocked up on weaponry and had made an effort to enlist both current and past soldiers.

In an interview with the newspaper Bild am Sonntag, Interior Minister Nancy Faeser cautioned that the Reichsbürger posed a growing threat to Germany because it had grown from 2,000 to 23,000 persons in the previous year.

According to Nancy Faeser, "These are not innocent crazy people who are presently sitting in pre-trial prison; they are suspected terrorists.