Harishankar Parsai - The Man of Letters Who Stands Relevant Till Date 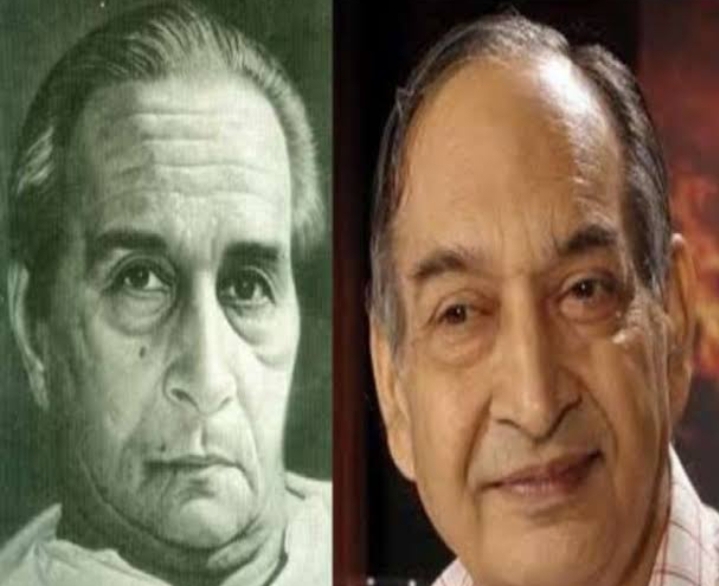 In the recent past, stand-ups, open mics, and satirical renditions started raging amongst the netizens. This was the time when genre of satire and sarcasm shot up to fame and became torch bearer of our expressions, to this I often think of Harishankar Parsai and his writing style. Parsai was a notable Hindi literary figure whose humour laced with mockery makes him one of my favourite Hindi writers.

Born in 1922, Parsai completed his M.A. in Hindi literature from Nagpur University, after which he started teaching. Later, he began his independent writing career and published a literary magazine, Vasudha, in 1956. He was famous for his novellas, such as Rani Nagfani ki Kahani and Inspector Matadeen on the moon. Parsai won Sahitya Akademi Award in 1982 for his satire, Viklang Shraddha ka Daur.

Here is a list of five enlightening, light-hearted, and witty satires written by him, one must read for sure if they are interested in exploring the genre of Hindi satire or wish to learn the art of satire writing. His style never ceases to amaze me. The way his writings strike chord even with the present social milieu makes me wonder how sensitive and grounded the writer must have been.

This essay speaks in-depth about the Indian association with its pride in divinity and spirituality. Parsai's words aren't subtle when he attacks the superstitious and prejudiced American attitude towards India and the Indian mindsets. He proposes an Indian delegation of divine lunatics to be sent to the USA. It sounds absurd at first, but as I read further, I understood what he is implying. It is a good read with some bang on one-liners! What is lunacy? Who decides the level of lunacy on the scale of divinity? These are some of the interesting aspects he discusses.

If you are looking forward to laying your hands on some intelligent craft of satire writing, this is for you! 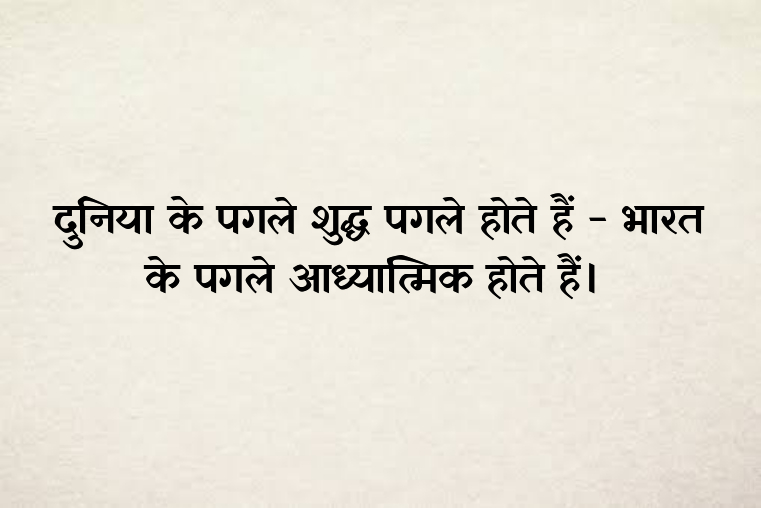 "Lunatics around the world are lunatics only, but Indian lunatics are spiritual."

The title refers to the nose being the most protected realm for any Indian. The common phrases, in use like 'Uchi naak' (high-nose) that in Hindi refers to a highly respected person, and 'naak katana' that is stripping honour have been elaborately discussed here. The writer then goes on to describe similar phrases related to the nose (honour). He makes you inspect the nuances of prestige and its attachment to the unit of a family or a village. He questions the authority of society over the contours of honour and shame. "What is honour? How does one lose or achieve it? Do personal affairs like marriages seal the deal of pride?", are some real situations he comments on with utter wit and denunciation. A must-read! 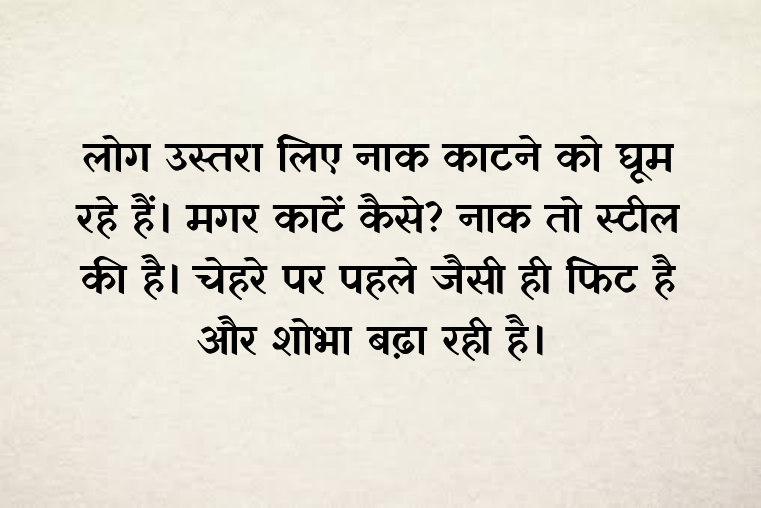 "People are roaming around to chop noses with razor, but how does one chop off a nose of steel fitting one perfectly and gracing the personality?"

What is it that comes to your mind when you come across an old photograph of a famous literary stalwart? Parsai gives us an intriguing look into his mind when he notices Munshi Premchand, a great Hindi writer posing for a photograph while sporting torn shoes with a protruding toe. Harishankar juxtaposes his situation with Premchand. He argues why Premchand is an authentic and unaffected person he could ever come across. He discusses in detail the pretentious human nature one would practice before getting photographed. Harishankar asks if Premchand defies all these norms out of despair or is it the root of his core nature? A picture tells a thousand tales through thousand eyes and Parsai tries to capture as many accounts he could weave out of Munshi Ji's famous portrait with his wife. 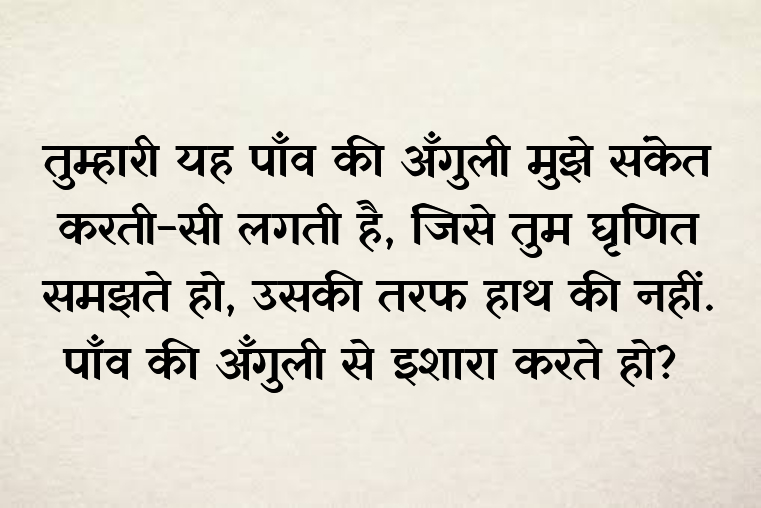 One of my favorite political satires by him , this essay artistically succeeds in ridiculing the political ambitions of Indian leaders. It would not be a surprise if you are able to draw parallels of this satire to the current political discourse in India. An insightful read with precise observation. Parsai unravels the irony in celebration of the Republic Day amidst the duality of a sovereign (India) welcoming socialism on one hand and brushing it in the corner on the other. The author describes how the comical blame-game practiced by politicians does no help in acquiring the socialist ambitions of India as a Republic.

The metaphor of warm celebrations of Republic Day on a chilly morning with no sun around makes one question the hollowness of such pomp show. 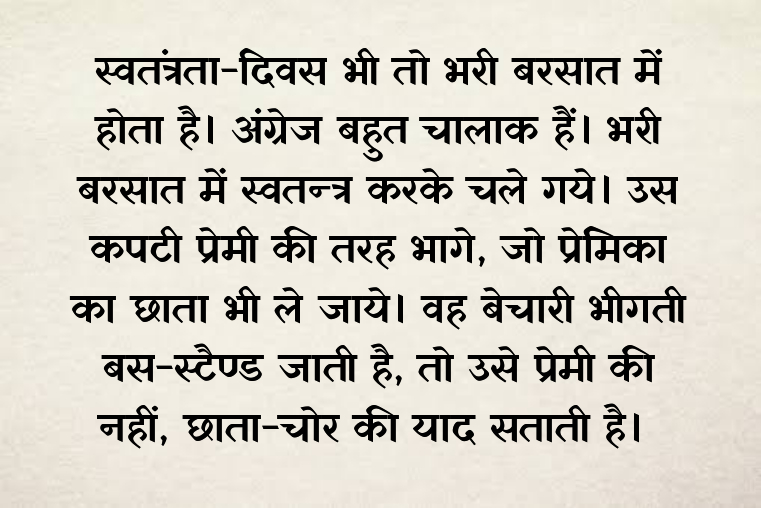 "Independence Day also falls in the rainy season. It's very cunning of these Englishmen who left us in the rain just like a cheating chap who leaves his lover in the rain and steals her umbrella. The damsel then stands by the bus stand missing the umbrella-rogue and not her lover."

Indian culture is famous for preserving its traditional ethos and moral values. When it comes to showing respect and regard, the most indicative action has been kneeling to touch feet and seek blessings. Here Parsai touches the areas of age, caste, abilities and inabilities. His first experience of getting touched on the feet as a mark of regard; his incapability of accepting the idea of being able enough to give blessings; the association of elderliness with disability, and the changing nuances of traditional practices have been expressed beautifully in this essay. 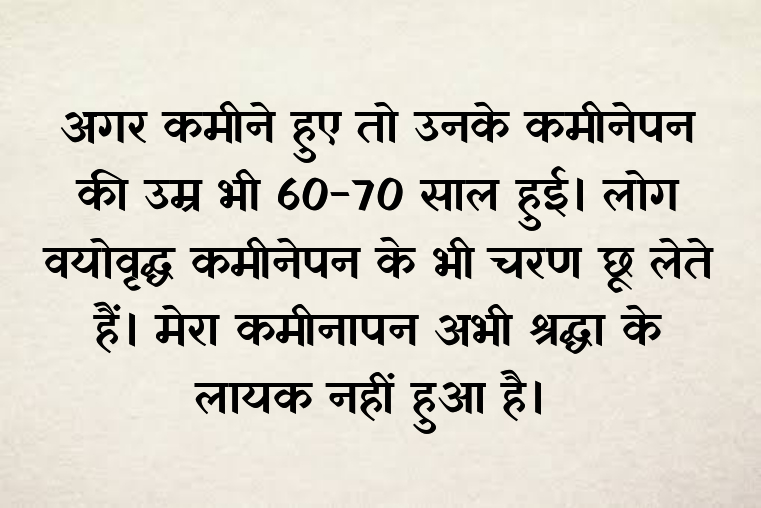 "If they come across as nasty, then they must be so for at least 60-70 years. People wouldn't hesitate to bow down against an elderly nasty person. But I'm yet to achieve that level of snobbery to be adored and respected."

What makes Harishankar Parsai special to me is his in-depth observation of socio-political climate in India and ability to never register a failure to tickle me & immediately provoke me to think, how a tragedy made me smirk. An essence rare to find!

12 months ago by [email protected]