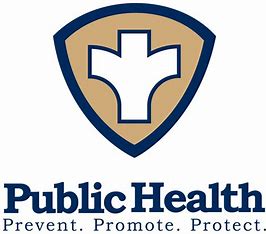 Have you seen the packets of cigarettes or Tobacco? Have you read the content written on the packets? The packet consists that the cigarettes are injurious to your health. But how many of us leave smoking or using Tobacco by reading the particular line. The answer will come as that everybody read it but no one has applied it on themselves. The Indian public is using Tobacco products in a great number. With recent research, in India, 28.6% of adults are above 15 years. Moreover, 8.5% of students aged 13-15 years are using Tobacco products. This makes India stands in the second position of tobacco consumption in the world.

Tobacco use leads to many non-communicable diseases like cancer, cardiovascular disease, diabetes, and chronic lung disease. Moreover, tobacco use has burdened India economically. Even that, there is a low tax on tobacco products. The government is finding it difficult to increase the tax on tobacco. India hasn't seen any high on Tobacco in the past four years since the Goods and Service Tax came in 2017. There was only a small increase in the national calamity contingent duty (NCCD) in the Union Budget of this year. This only increases the price of cigarettes by about 5%.

Need of high taxation on Tobacco

As we all know that high tax on Tobacco can decrease the consumption of Tobacco among people. But still, it hasn't been applied as it is leading to poor public health in India. The low tax leads to profits for the tobacco industry. Moreover, the high tax could boost the tax revenue in India which could have easily been used during the pandemics like COVID-19. Rs.53,750 crore is the annual tax revenue collected on Tobacco products. It has also included excise duty, NCCD, and GST. In the past three years, the tax revenue has declined by 3% on tobacco products.

The low tax on tobacco in the post-GST years could probably increase the number of smokers in India. Further, the International literature suggests that increases in tax on tobacco products can be a cost-effective way to contain the consumption of tobacco. It is quite ironic that the Indian Government has mentioned that by 2025 India will achieve a 30% reduction in tobacco use in the National Health Policy of 2017.

The tax burden due to the low tax on tobacco stands at 22%, 53%, and 64% on bidis, cigarettes, and smokeless tobacco. But World Health Organisation has suggested that there should be a 75% tax burden on tobacco use. Due to the lack of low task, the industries of tobacco have enjoyed post-GST years and made tobacco products more affordable. This is a serious threat to public health.

So, Union Government has to take major initiatives in the problem. Indian government always said that India has a great health system. If the consumption of tobacco increases, how would be the Indian health system stand on first. Government has to consider these facts and should increase taxes. It will not only increase the tax revenue in India but also contain the use of tobacco. With that, public health will be improved. So, a high tobacco tax is necessary for public health in India.