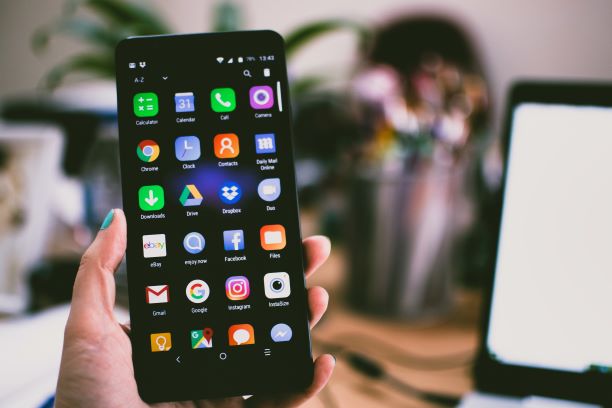 New Delhi: On 18th may, Google, the digital tech tycoon, organized their annual forum Google IO. by announcing their New products and Partnerships. The key highlight of the event was Android 12. Google Announced their Android 12 after year gap due to Corona-virus Pandemic. This is the first android debuting in this decade.

The developer preview was released the very same day. Four monthly beta releases are planned, starting this month and the last one of them reaching platform stability in August, and general availability of the OS coming shortly after that. Android 12 introduces a major refresh to the operating system's UI and better animation than previous versions.

Android started the real revolution in the mobile world in the last two decades. Very soon, more 250 crores than will be using this platform. Note, this is around 1/7 of the population of the planet, the number is huge. According to Google, around 20 lakh Android devices are activated every single day, and this number is far from its peak.

The journey of Android OS has been quite interesting.

Android OS, is built to improve the operating systems of digital cameras as Film cameras were declining. In 2003, a start-up named Android Inc. was started in Palo-Alto, California, in the United States by Four programmers Rich Miner, Nick Sears, Chris White, and Andy Rubin. But it was Rubin’s idea to make smarter devices that are aware of their owner’s location and preferences. This was all before the term smartphone was available and I-phone ceased to exist.

History started when Android, the original organization, was acquired by Google in 2005. Rubin and other founding members continued developing the OS under their new fundraisers. it was decided that OS will be offered to mobile phone manufacturers as a free product, yet, profit will be earned, by using google services like mail, music, etc.

The Android Logo, with the combination of a robot, and a green bug, was designed by a Google employee. The Mascot was named “Andy”. in 2007.  Apple launched iPhone issuing a new era in mobile computing. The same year, Android debuted with HTC in the mobile business. This was the first-ever Android 1.0.

Android got their first-ever dessert-based name with version 1.5 Cupcake. It was released in April 2009. The exact reason for such naming remains unknown.  a few new features and improvements compared to the first two public versions were added. YouTube android made a debut too. At the same time, Samsung and Google signed a deal to launch Galaxy smartphones with Modified UI. Motorola debuted with an android Droid smartphone.

In two years, three android versions were released. But, the real leap of Android came in 2011 with Android 4.2 named Jellybean. Features like new notification tabs, action buttons, with support for the Android version of Chrome web browser, and many more led to massive demand. OTA updates started to roll in.

Android 5.0 Lollipop has changed the overall look of the operating system. It is the first version of the OS that had a completely new user-friendly interface like; lighting, and shadow effects. It had a paper-like look for a user interface with a few more changes. This included official support for dual-SIM, HD Voice calls, and Device Protection to keep thieves locked out of your phone even after a factory reset.

Android 6 and 7 were not too different. Android 8 came in 2017 named “Oreo” This Android packed lots of visual changes to the Settings menu, along with support for picture-in-picture mode, notification channels, new autofill AI and Google Assistant for better management of passwords and fill data.

Android started their Pixel smartphone series. And, it was decided that the first android upgrades will come over these smartphones. Android 9.0 Pie came here. It also included several new features and changes. Dominantly hand textures Were Improvised.

The Era of naming Androids got dropped after Android Pie. Android 10 and 11 came out with just numbers and changes according to the requirements. Android has come a long way since its beginning as the product of a small start-up. Today, it is the leading mobile operating system worldwide with more than 70% market share.

The OS continues to dominate the market. But, the challenges of Advancing Technology may also lead Android to go down just like Nokia. There are reports that Google is working for the last few years on an all-new OS called “Fuchsia”. That may support everything from smartphones to tablets and even notebooks and desktops.

The Google Pixel series continues to invite critics due to old phone designs and heavy pricing. The world is looking for new phone form factors and OS. And so, Android is getting exposed to weakness.

A new Decade has Begun, and once again, humans are working on developing the world with the best technology. Android must work on flexibility, combined with yearly updates and Customer satisfaction to ensure dominance in the market, just like Windows.