History of tawaifs: the paradoxical world of Gauhar jaan 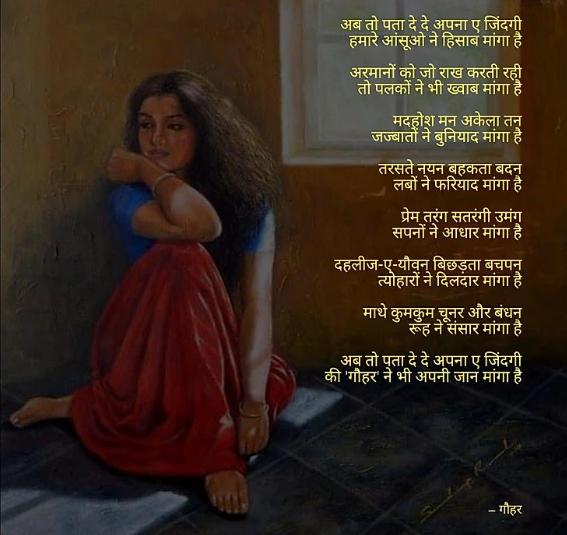 The melody echoes the aching journey of a tawaif who is always disgraced with many corrupt adjectives by our society.

What is the first word that comes to our mind after hearing or reading the word "tawaif" anywhere? The answer would be a kothewali, a gaanewali, a prostitute or a whore! But let me tell you, there was a time in history when tawaifs were treated and seen as the greatest epitome of etiquette and culture. A tawaif was a highly sophisticated courtesan who catered to the nobility of the Indian subcontinent, particularly during the Mughal era. Before Mughals, there is no such mention of tawaif culture in Indian history. 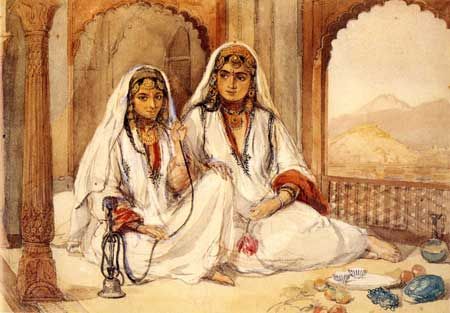 Dressing style of a Tawaif, a medieval image

However, it is not wrong to say that prostitution was absent in ancient or medieval times. The way we see tawaif culture today was not the same in the years of its origin and prevalence. The tawaifs excelled in music, dance (kathak & mujra), theatre and Urdu literary traditions (ghazals and nazms). Tawaifs were largely a North Indian institution central to Mughal court culture from the 16th century onward and became more prominent with the weakening of Mughal rule and emergence of Nawab principalities in the mid 18th century, as the nawabs were the greatest source of patronage for this emerging culture.

Soon this culture became a tradition with the establishment of "Gharanas" where young girls were trained in both performing arts as well as literature to high standards. It is also reckoned that young nawabs and nawabzadis were often sent to these tawaifs to learn etiquette (tehzeeb & tameez) which also included the learning of good music and literature. Hence, tawaifs were seen as responsible for inculcating what we regard as the etiquette of royalty! Sexual pleasure was only a mere part of their choice to which they want to be intimate with as they had a complete right to say NO. Many courtesans even found their place in the hearts of the rulers which even made these courtesans their wives. 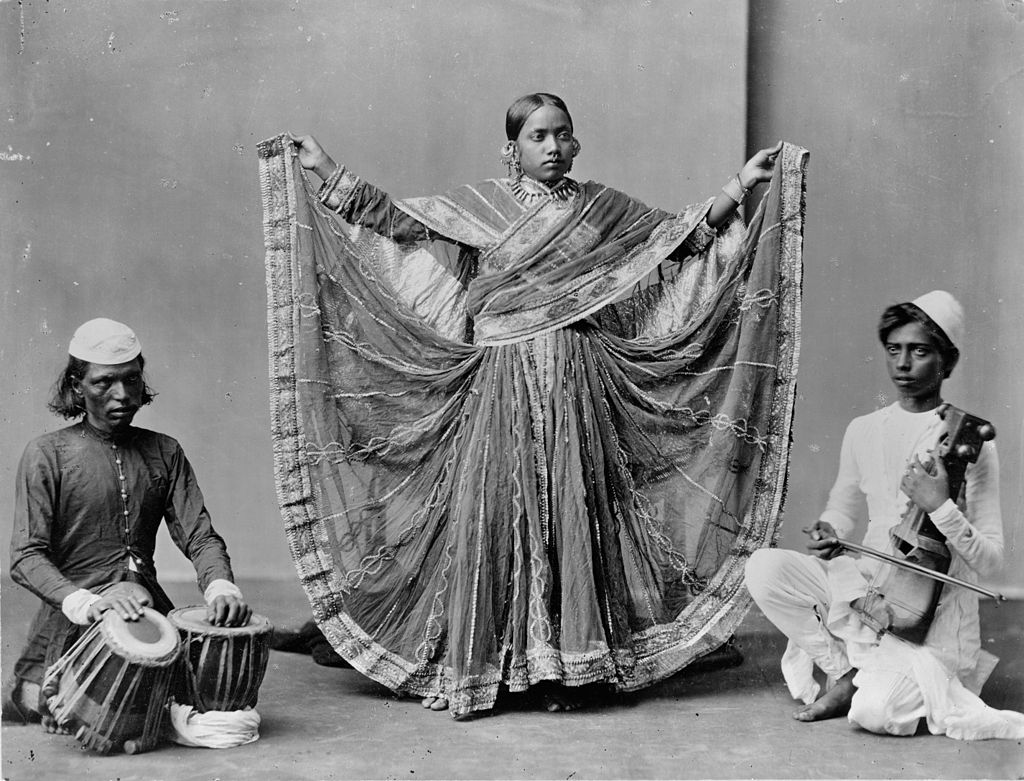 Young dancing courtesan in a kotha

With due course of time, after the establishment of nawab principalities in the mughal provinces like Lucknow, Hyderabad, Mysore, this institution got moulded into varied forms. The "kothas" were set up in the "chowk areas" for being the center for this culture. Tawaifs were also well trained in the art of seduction and decor. I consider this a means of attracting large audiences and to maintain their livelihood and standards. Tawaifs formulated a "commune" for themselves through these kothas where they can get their "taleem" together. The courtesan who sang was prefixed with 'bai' and the one who could dance & sing was referred to as 'jaan'.

Dishearteningly, terms like 'mujrewali' or 'kothewali' became generic terms for prostitution and the very thin line between highly cultured courtesans and hapless sex workers diminished with time. This was partly because of the advent of British rule in India as their source of patronage started vanishing because of the annexation of many nawab principalities. The British soldiers (not all but many) used to visit their kothas merely to fulfil their sexual desires. These hapless women, who were called as 'nautch' by British, were forced to enter into this occupation to fill their bellies. Moreover, the anti‐nautch movement which condemned them to perform in 'mehfils' or in any public gathering worsened the careers of these cultured courtesans.

This is how the stigma of being sex‐workers and whores got attached with them and their talents began to bury in these stigmas.

Despite all these adversities, there were some exceptional women who stood above all these prejudices and these stereotypes didn't stop them from pursuing their talent with great zeal. Gauhar jaan is one of such exceptions. She was one of the last women belonging to this noble tradition of female entertainers known as tawaifs. She became exemplary because she altered her talent and professional tactics in a very challenging social condition that forced the decline of tawaifs, and she became the first Indian singer to record a song on gramophone in 1902. By 1903, her singing records started appearing in Indian markets and were in great demand.

The story of Gauhar Jaan tells us that being a tawaif was a choice in those days and religion played a mere role in this. She had unusual origins for being a tawaif of 19th century. She was born as Angelina Yeoward in 1873 in Patna. Her mother, Victoria Hemming, was born and brought up in India and therefore she knew Indian music and dances, even very fond of them. After getting divorced from her first husband Victoria married to Khurshed and embraced Islam. Hence, she changed her name and her daughter's name to Malak Jaan and Gauhar Jaan respectively.

With her mother's support, Gauhar Jaan continued her music and dance training under many great masters. Soon she became a master herself of many Hindustani classical singing styles and attributed herself to Culcutta Gharana. It was about this time that she became well‐known for her lifestyle just like her art. The contemporaries very well affirm her beauty and wealth with she gained with popularity. Many even claim that she never seemed to wear the same jewels twice and she had a special penchant for cars and royal carriages.

But the gloomy part of the fairy tale is that, despite having immense wealth and fame, the stigma of being a courtesan was always attached to her. Because of this, she was always devoid of the beloved's love and care that every woman wants. It is true that the personal life of a tawaif is even more difficult to fathom. But her agonies were nowhere hidden in her poetries.

There is one particular event that I want to mention just to show the intensity of her pain. In the last years of her life, this beautiful courtesan urged her companion Janki Bai to meet the great poet of that age, Akbar Allahbadi. After meeting her, Akbar Allahbadi said, "I wonder what can I present for you, well I just present few lines as a memory". After saying this he wrote this for her‐

This couplet shows that her failure in love was well-known in the poetic world. Because of status, it is reckoned that no reputed man wanted to marry her and thus, she got a man 10 years older in age—Sayyid Gulam Abas, her tabla accompanist whom she married. This relationship became sour when she became aware of his marital infidelities. He subsequently tied her up in a long series of lawsuits in which she lost her entire wealth and fame. Later, she started living with Amrut Vagal Nayak for around 3‐4 years but this relationship ended up with his sudden death.

Thus, her last days at Mysore could not be described as happy days. She was virtually alone. The legal harassment of her ex-husband and society reduced her great wealth that once she enjoyed. And at the age of 60, she closed her eyes with a paradoxical end.

This is not just the story of Guhar Jaan but of many more like her who became the victims of societal stereotypes and thus shared the same or even worse denouement.

Today we all know that the courtesan art which we virtually imagine are only framed in Bollywood movies and films. The dance styles of kathak and mujra are often used in Bollywood songs and it is a paradox that we appraise these dance forms on screen but have critical opinions about their originators. Alas! This performing art and culture is lost in time forever.