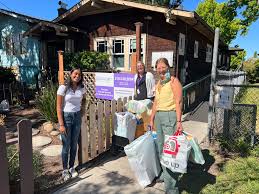 Homelessness in California has set unprecedented data on the rising levels of the unsheltered population in the United States. The are in which it is most concentrated is in San Francisco and the surrounding Bay The way this research is constructed is through PIT (point in time). The US department of Housing and Urban Development requires that the cities that receive federal funding for services provided to homeless communities conduct research on the levels of homelessness once every two years. The PIT count is taken over the course of one night, where a city official counts the population of unsheltered in one night, that will be chosen randomly and count for the whole year’s research on the rising levels of homelessness. The PIT count of San Francisco has been held in February 2022. Here is some of the data gathered:

According to Sf gov.com, and under the PIT count, 7754 people are experiencing homelessness in San Francisco. Of those people over 3,300 stay in shelters. Between 2009 and 2012, homelessness increased by 22%. The numbers increase by the thousands each year. However, since the pandemic began, more government funding and more housing due to the conditions of the pandemic aided to the unsheltered, but the housing crisis still left people unsafe and without fixed housing.

Another increasingly risky factor is the relationship between homelessness and gender and the repercussions of such data.

The data regarding gender and race is a large part if the discourse surrounding homelessness, especially when marginalized groups and women are left to violence and abuse on the streets. In a recent study on homelessness and women in the Bay Area by the National Resource Center on Domestic violence, 92% of women experience violence within being unsheltered. During the pandemic, many state and federal programs funded housing for many unsheltered people. This aided to a heavy decrease in unsheltered homelessness. According to PIT data, in 2022, the people in shelters in San Francisco are 18% more than in 2019. The rise corresponds to a 24% increase in available shelter beds. However, this is largely due to the pandemic effort from the government to create available housing.

But now that the pandemic aid is over, many fear housing problems and subsequent lack of resources and aid will increase again.

Gender and race are two determining factors within homelessness, and within the Bay Area, many services that aid women and children that are unsheltered or come from low income situations had been shut down due to COVID-19. However, the Women’s Health Center in Berkeley, a mere 20km away from San Francisco,  opened up to the many that needed help and shelter in complete safety, giving women and children access to services and information they needed in order to be well.

The Women’s health Center in Berkeley has been helping the Bay Area communities since the late 1970’s, when drug epidemics, general lack of healthcare and overall severe economic recession had caused a high demand in shelters, especially with female care and reproductive healthcare. The center offers maternity care, reproductive healthcare information, food and shelter (transitional housing directory too) to women and children in need. This is the story of Tonya, a member of the Drop- in Center since five years, and some other important members of the community.