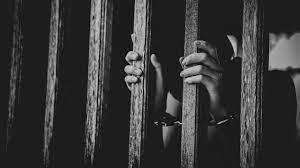 WHAT IS HUMAN TRAFFICKING?

Human trafficking, often known as trafficking of persons or modern-day slavery, is a felony that entails forcing or coercing someone to perform labour or services or to engage in commercial sex acts. Coercion can be subtle, overt, physical, or psychological. When a minor is used for commercial sex, whether by force, fraud, or compulsion, it is called human trafficking.

Although no one trait unites all human trafficking victims, traffickers typically prey on those who are impoverished, vulnerable, living in a hazardous or insecure environment or quest for a better life. False promises of love, a decent career, or a secure existence are used to entice or force victims into circumstances where they are compelled to work in horrific conditions for little or no money. Victims of human trafficking in the United States might be either Americans or foreigners. American Indian/Alaska Native communities, lesbian-gay-bisexual-transgender-questioning individuals, individuals with disabilities, undocumented migrants, runaway and homeless youth, temporary guest-workers, and low-income individuals are among the most vulnerable populations in the world for human trafficking.

THE VICTIMS AND THE OFFENDERS

Child care, elder care, the drug trade, massage parlours, nail and hair salons, restaurants, hotels, factories, and farms are all places where the victims of horrendous crime might be found. Victims are sometimes kept concealed behind closed doors in domestic slavery. Others work in exotic dance clubs, factories, or restaurants in public sight, deal with people regularly, and are compelled to labour under severe conditions. Street prostitution, clandestine massage parlours, cantinas, brothels, escort services, and internet advertising are all places where victims can be abused for commercial sex. Situations and cases of human trafficking are seen all across the world today.

Indigenous Peoples are social and cultural groups that have ancestral ties to the lands and natural resources where they live, inhabit, or have been displaced. Their identities, traditions, livelihoods, and physical and spiritual well-being are all intricately tied to the land and natural resources on which they rely. They frequently follow their traditional leaders and groups for representation that is different or unique from that of mainstream society or culture.

These people are found in over 90 countries and number between 370 and 500 million. Despite making up just 5% of the worldwide population, they account for over 15% of the world's poor which makes them vulnerable to many, many crimes including human trafficking. Indigenous women and girls are among the most vulnerable members of indigenous communities, facing prejudice on three levels: gender, ethnicity, and financial position. Even though problems like low levels of poverty, low levels of education and illiteracy, limitations in access to health, basic sanitation, credit, and employment, limited political participation, and the prevalence of domestic and sexual violence as some of the main issues confronting indigenous women have been identified and tried to be solved, the main problem persists.

Human traffickers mostly target these women and girls from marginalized and underprivileged backgrounds. Some leave their homes in the hopes of finding employment as domestic servants in India or the Gulf, but many end up as victims of human trafficking. With the opening of various borders to the international labour movement and internal displacements induced by poverty, prejudice, and gender discrimination, the pattern of human trafficking has shifted. According to police searches, brothels are increasingly being conducted out of flats by women who were formerly trafficked and sold. Women and children are exploited in domestic work in India, the Middle East, Gulf nations such as Saudi Arabia and Kuwait, Asian countries such as Malaysia, and Sub-Saharan Africa by labour traffickers. Many Nepali domestic workers do not have legitimate work permits as a result of the partial restriction on female domestic workers visiting Gulf nations, making them more vulnerable to human trafficking. Women have also been coerced into domestic servitude after marrying men in China and Korea through a marriage bureau. Without adequate documents, they are trafficked to third-world nations via Sri Lanka, Myanmar, and India.

HAPPENING TO THE YOUTH ALL ACROSS THE WORLD

Human trafficking occurs in practically every country on the planet, including India, Nepal, Sri Lanka, and the United States. Every socioeconomic, cultural, and racial group is represented by traffickers. Large countrywide gangs and criminal organizations, small street and motorcycle gangs, and people with no involvement with any one group or organization are all involved in human trafficking. Women, as much as males, are involved in this. Fear techniques are increasingly being used by traffickers to entice adolescents and teens into commercial sex acts and/or forced labour all across the world and this has been going on for a long time. The purpose of human traffickers is to exploit and enslave victims, and they utilize forceful and dishonest methods to achieve this goal.

Human trafficking is a threat to young individuals, especially those with risk characteristics. Traffickers prey on these young people, luring them in with false promises of love, money, or simply a better life. Traffickers may employ a range of tactics to induce terror in their victims and keep them under their control, including:

Modern slavery, which includes sex trafficking, sex tourism, trafficking for labour and servitude, and commercial sexual exploitation, is a rising global epidemic that is one of the most significant human rights violations we face in the twenty-first century. Basic economic principles are at work in this market, just as they are in any other and since the demand is high, it needs to be reduced, if not completely stopped.

Since the enactment of the Victims of Trafficking in Persons Act (TVPA), the focus has been on victim rescue, rehabilitation, and restoration, and thousands of anti-trafficking groups have developed in the last 10 years to create shelters and give assistance to sex trafficking victims. Hundreds more are dedicated to human trafficking education and awareness. While these initiatives are commendable, they are insufficient to end sex slavery. There will be a market for women, children, and other vulnerable populations as long as they can be bought and sexually exploited. Human people used in this way are frequently physically, intellectually, emotionally, and spiritually damaged, therefore eradicating these new kinds of slavery is extremely vital.

Human trafficking victims are, by definition, vulnerable and marginalized. No one, it is arguable, belongs to this exploited group in greater numbers than the world's indigenous peoples. Indigenous people make up 370 million people or 5% of the world's population. They are members of separate civilizations, social and political systems who have existed on their territories long before the arrival of the first colonists and settlers. Today, aboriginal people face considerably greater rates of poverty, sickness, and human rights violations than the rest of the globe. They've been driven out of their homelands all over the world, from Indonesia to Uganda, Colombia, and Hawaii.

With the most victims consisting of indigenous people, we shouldn’t forget the regular, poor people too who have and continue to face this every day. Many may not give this topic much thought since they believe it is unrelated to their daily lives. You must bear in mind, though, that while it may not be a reality for you, it may very well be for many others throughout the world. Consider what it would be like if someone you knew was taken from their home and forced to labour against their will. It's an atrocious concept, and no one should have to experience it. As our society grows more linked, we have eyes and ears in every part of the globe; as a result, it is our job as humans to look after those who need help.