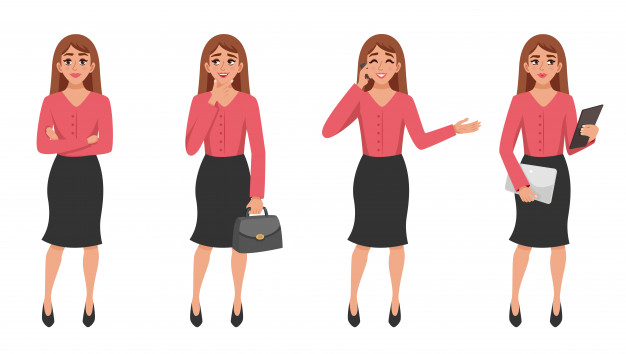 A seasoned woman is spicy. She has been marinated in life experiences. Like a complex wine, she can be alternately sweet, tart, sparkling, mellow. She is both maternal and playful. Assured, alluring, and resourceful. She is less likely to have an agenda than a young woman- no biological clock tick-tocking beside her lover’s bed, no campaign to lead him to the altar, no rescue fantasies. The seasoned woman knows who she is. She could be any one of us, as long as she is committed to living fully and passionately in the second half of her life, despite failures and false starts.

As the title suggests the iconic women of India but before talking about them, have you ever tried to sum up the life of a normal woman? Born into a middle-class family she grows up studying and finding out her career as soon as she finds it, she is asked to start her married life, then living under all the responsibilities she ultimately leaves her career, focuses on the family, plan a child, takes care of him and then……what? Wasn’t that enough? A woman sacrifices her whole life in fulfilling the responsibilities. According to the study, the male literacy rate is  75.3% while the female literacy rate is just 53.7% which creates a huge difference, moreover according to the latest statistics women's participation at work is just 36% while men have 64% participation.

But some women were truly inspiring and had worked so hard that now they are known as the iconic women of India, inspiration comes from where you start maybe these women become your inspiration to start.

Indra Krishnamurthy has joined PepsiCo in 1994 and had been governing the organization's international planning over the past decade. She has been ranked at number 11 in 2017 for the world's 100 most powerful women and number 2 for the most powerful women by the fortune in the same year. She imprint her name in the annals of international business when she had become the chief executive officer and chairperson of PepsiCo.

She had been the winner of the man booker prize for fiction in 1997 for her debut novel The God of small things, she studied architecture and then had written screenplays for some Indian short films and also had an interest in acting. She also took some social activism for which she had received critical responses. Apart from all of this, she has a loyal fan following and is much respected for her literary repute and humanitarian undertakings also for the support for the environment.

Coming from a poor family living in a village in Manipur she had made herself so strong and successful to be an amateur boxer who had won the world amateur boxing championship 5 times and she is the only woman who had to win a medal in each of the six worlds competitions. After her marriage and motherhood, she took a break and showed so much hard work and determination to be at this level and now she is also an incumbent member of parliament, Rajya Sabha.

Seema Rao also known as the wonder woman of India, tearing down conventions she had become the first woman commando trainer. She was also the finalist of the world beauty pageant, she is a qualified medical doctor and had possessed an MBA in crisis management. She had trained over 15, 000 soldiers and above all she is the only one of only 10 women who had been trained in jeet Kune do- a form of martial arts that was developed by Bruce Lee.

She is an Indian politician, social activist and retired police officer. She was also a tennis player and the 24th lieutenant governor of Puducherry. Kiran Bedi is the first Indian female to become an officer in the Indian police service. She started her service in 1972 and over the time of 35 years in her career she brought up numerous reforms. She also achieved international acclaim, when she was appointed as a policy advisor to the secretary of the UN in 2003. After taking voluntary retirement in 2007 as Director-General, Bureau of police and research and development, she continued to be an audacious writer and social activist.

She is known as the synonym of fearless, she is an Indian television journalist and famously known for covering the reportage of the Kargil war between India and Pakistan in 1999. Barkha Dutt is an opinion columnist with the Hindustan Times and Washington Post and also part of the NDTV. She is the owner of the YouTube news channel mojo story. She had been continuously inspiring young girls and women in the field of hardcore journalism. She had won many national and international awards like Padma Shri, India’s fourth-highest civilian honour at NDTV. Dutt was the host of the weekly, award-winning talk show 'We the People', as well as the daily prime show 'The Buck, Stops Here'.

She was an Indian politician and also Supreme Court lawyer, she was one of the powerful women and she attained the position of the Minister of External Affairs of India, also she was the second woman to hold that position after Indira Gandhi. She was the senior leader of the Bharatiya Janata Party, who was also elected as a member of parliament seven times and become three times the member of the legislative. She became the youngest Cabinet Minister of the Indian state Haryana at the age of 25. She became the first female Chief Minister of Delhi. She was awarded India’s second-highest civilian award Padma Vibhushan in 2020 in the field of public affairs. But according to the doctors at AIIMS New Delhi, she succumbed to a cardiac arrest on the night of 6 August 2019.

Fighting for all such positions wasn’t easy but they did and achieved these positions not only these but there are several other women also who had performed and went up to the mark, taking inspiration from them you can also become like them and make your identity.