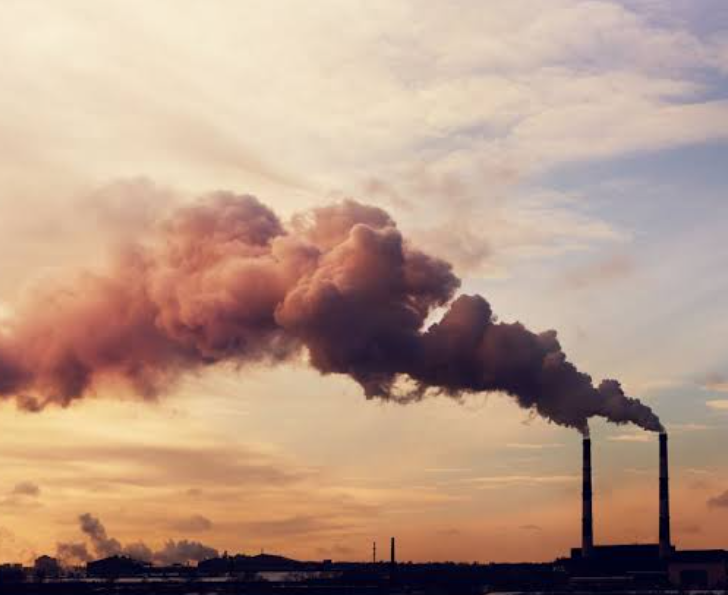 The industrial revolution refers to the change from an agrarian and handicraft economy to one dominated by industry and machine manufacturers. This process began in Britain in the 18th century and then spread to other parts of the world. It is considered an important event in world history that has had a widespread impact in the economic, political, social, and cultural fields.

Britain witnessed an agrarian revolution in the 17th century which encouraged population growth and facilitated the large-scale availability of raw materials to industries. The enclosure movement was also associated with the agrarian revolution. Britain also witnessed gradual improvement in breeds of animals. It increases the availability of milk and meat and encourages population growth in Britain.

The canals and roads were better developed in Britain, than in any other country. Large-scale capital was available in Britain, which could be invested in industries. Financial institutions such as banks and insurance companies were well developed in Britain. The vast colonial empire of Britain ensured the supply of raw materials and markets for manufactured goods. Coal and iron mines were abundant near industries in Britain.

During the 18th century, unlike other countries in Europe, the political climate of Britain was comparatively liberal and stable. The British parliament enjoyed a significant degree of independence. This liberal environment encouraged changes in all fields.

The British government gave priority to an economic interest in policy. It gave preference to industrial capitalism like monopoly capitalism. For instance, in 1813, the monopoly of the East India Company to trade with India and nearby regions was abolished.

Britain is a separate Island nation, and this kept Britain relatively free from continental conflicts. Britain accumulated a large amount of wealth by exploiting its colonies.

The social environment in Britain was comparatively liberal and progressive, which encouraged research and inventions in Britain. Important innovations like the steam engine, spinning jenny, water frame, and power loom triggered the industrial revolution. Population rapidly grew in the 18th and 19th centuries in Britain, which increased the demand for manufactured goods and also fulfilled the labor requirement.

Britain is predominantly a protestant nation with protestant ethics, which encourage material success, and hard work also played a role in implementing the industrial revolution in Britain.

Private capital played a dominant role in the British Industrial Revolution, and the state only played the role of the facilitator, and it did not play a direct role.

The revolution failed to market needs as there was a great demand for British goods in domestic and international markets. The process was fueled by indigenous inventions, and these were used to enhance the process of industrialization. It was a slow and gradual process. During the early phases of 1760 to 1840, emphasis was largely on cotton. It was based on the doctrine of Laissez-faire; it was global in its effect and encouraged industrialization in other parts of the world.

The Industrial Revolution gave birth to several problems and challenges, which increased the role and responsibility of the state. Gradually the state assumes the character of a welfare state. It strengthened the contributions of the middle class and further reduced the power and influence of monarchy and landed aristocracy.

Political and economic philosophies like socialism, capitalism, and marxism started gaining dominance in the world, especially in Europe. The role and influence of the capitalist class started increasing in government, and now they started dominating parliament in the industrialized countries.

The revolution gave birth to conflict between the capitalist and the working class. The conflict between these two classes had a massive impact on political and social relations in the times to come. The Capitalist class emerged as the new aristocratic class. The revolution also influenced a change in social values like the beginning of the disintegration of joint families and the emergence of nuclear families. It encourages the participation of women in the production process, which increases their independence.

The Industrial Revolution increased the number of slums in cities, and living conditions in slums were pathetic and wretched. Moreover, the crime rate also increased significantly in urban areas after the onset of the industrial revolution.

The success of the British industrial revolution strengthened the doctrine of Laissez Faire. It improved the standard of living of ordinary citizens in industrialized countries in general, after the second half of the 19th century. Mass-scale production became a reality. The economic gap between more industrialized and less industrialized countries enormously increased. Apart from the exploitation of the working class, it also increases the scope of consumer exploitation, because, in a capitalist system, there is a remote and indirect relationship between producer and consumer. With this revolution, a cycle of boom and slump also appeared in the economy.

The Industrial Revolution encouraged the colonization of large parts of Asia and Africa. In the Berlin conference of 1884, almost the entire Africa was divided among European powers. The increased rivalry of European powers for the colonies played a significant role in both the world wars.