Infibulation: the practice of surgical closure of the female Vulva 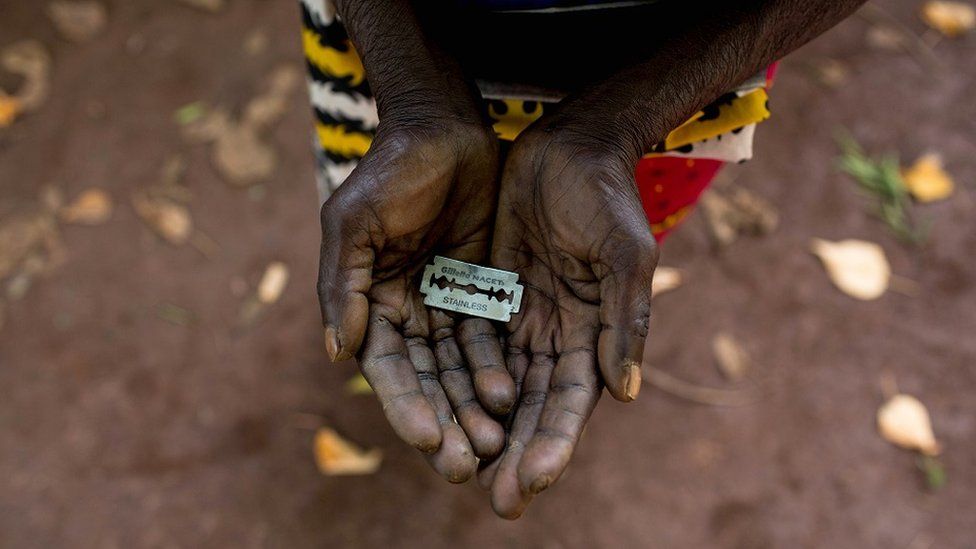 We have seen a lot of weird rituals and traditions across the world, there is such a very weird and terrible ritual we are going to acknowledge today and that is “Infibulation”. Like its name, it is a very weird ritual found mainly in northeastern Africa, particularly in Djibouti, Eritrea, Ethiopia, Somalia, and Sudan. First, let’s know, what does it mean? Infibulation is the practice of removing the clitoris and Labia (genital parts) of a girl or woman and after removing these, stitching the edges of the Vulva (outer part of the vagina) together, to prevent sexual intercourse, stitching the entire vulva and leaving a small hole for urinating. Yes, it is a very ridiculous ritual and it is highly controversial. The world health organization (WHO) refers to this procedure as Type 3rd female genital mutation. Three types of female mutations are- Clitoridectomy, Excision, and Infibulation. The word Infibulation is derived from the Latin word Fibula, which means Grip or Clasp. The Ancient Romans reportedly fastened clasps through the foreskins or labia of slaves to prevent sexually intercourse. The procedure of Infibulation or female genital mutation (FGM) is generally performed by the traditional circumciser or cutter, this procedure is done with or without anesthesia in the girl’s home, mostly the cutter is an old female, but in some regions or communities where male barbers are referred to be a health worker, they perform this procedure there. And we know what happens where the traditional procedure is done, they are likely to use non-sterile devices (not free from germs) like knives, razors, scissors, glass, sharpened rock, and even fingernails. According to a Nurse, in Uganda, a cutter or circumciser would use one knife up to 30 girls at the same time, one same knife is using over 30 girls, imagine how non-sterile it is, But in several countries like – Egypt and Indonesia health professionals are involved in this the practice of infibulation and done by the medical procedure as of 2008-16 survey.

Now let’s see to consequences of this, all the female genital mutations have these types of common consequences, but are most frequent with infibulation, like – severe pain, tetanus, infections, urine retentions, injuries to the adjacent tissues, Ulceration in the genital region, wound infection, urinary infection, high fever, hemorrhage (serious internal bleeding), etc. Infibulation and FGM also impact pregnancy, some women with FGM may find difficulties in pregnancy, and those who conceive may have problems in childbirth, sometimes resulting in foetal death. According to a report in Sudan, every girl is circumcised when she has passed 6th birthday of her, the table presents the ages of the girls at which infibulation procedure carried out in different countries.

Infibulation practice is believed to prevent women from sexual activities, and to be sure that women should be virgin till she gets married, and the question raises that when and how that girl who has been infibulating will be De-infibulate? So, after a girl’s marriage, the barrier produced by infibulation is usually penetrated by her husband by the force of his penis during the intercourse or if he will unsuccessful to do it then by cutting the connected tissues surgical and the horrifying thing is both the procedure ( Infibulation and De-infibulation) are done without anesthesia, Isn't this a crime? Shouldn't girls be given choices?

In September 2018, Guinea Bissau, Kenya, and Uganda were the only countries in Africa that criminalized and punished cross-border Female genital mutation. FGM is practiced in at least 30 countries and At least 200 Million girls are alive today who have undergone some female genital mutation or cutting. In February 2018, Phumzile Mlambo-Ngcuka, UN Under-Secretary-General and Executive Director of UN Women stated for International Day of Zero Tolerance to FGM/C that "FGM is an act that cuts away equality". Girls have to go through a lot of pain and lifetime consequences and with no opportunity to defend themselves and no voice to say no, this is a serious human right violation, according to the UN.

According to UNICEF, in Djibouti there are 78% of women or girls are subjected to infibulation or female genital mutation, a woman name Mariam Kako was cut at the age of five, she was cut by a razor blade to perform the FGM called pharaonic. After her daughter was born, she decided that her daughter would be not cut, but Koko's mother denied her wishes and showed her deeply held belief in this tradition. But unfortunately, Kako's baby girl died 40 days later at 6 months old. Now Kako works to educate the people and encouraging people by telling her story and educate people about FGM that this is not associated with religion, in religious scripture, this is not a requirement.

These types of practices should be ban across the world, such a humiliation for the human breed, and people should be aware that no religion in the world demands all of this stupidity. Genital areas are so sensitive and by doing these ridiculous traditions they are doing bad to the body's health. when we read about these types of incidents which are still happening in the world, it feels so intolerable than about those who have to face these practices and even at so early ages and have to bear the pain and the worst part is that they don’t even have choice or right to say no. these are not traditions but torture. Only one thing can end all of this right knowledge, so be knowledgeable and help others to become aware too.