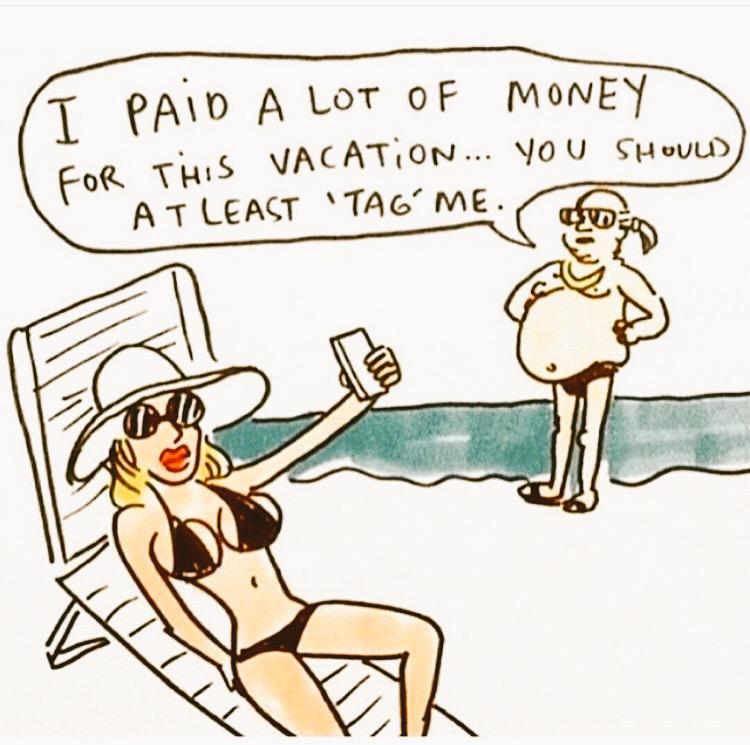 Today, Instagram is one of the most popular social networking applications. According to Investopedia, Instagram was established in October 2010 and was initially exclusive to Apple iPhone users, with the primary focus being on photos taken with cell phones. The anticipation for the newly developed app was immense when it was made available for Android users in April 2012. In 2014 there was a growth of prevalent users on the app advertising products to their followers.

The trend of 'influencing' has been a popular medium for centuries. According to Digital Marketing Institute, social media influencers are well-known personalities who market their products or services on social media platforms. This marketing strategy persuades social media users to act on the recommendations made by prevalent social media personalities. Nike saw an opportunity in 1984 to endorse their brand through a draftee named Michael Jordan, who was identified as a potential influencer as a basketball player to raise sales. This effective marketing campaign, which used a reasonably new basketball player at the time to promote a sports brand, grew into a well-respected sneaker market.

An article published by Forbes states that the Air Jordan brand has grossed over $1 billion in sales. Jordan's partnership with Nike contributed to the culture of sports endorsements, where athletes collaborate with sports brands by sporting their apparel to market the brand to their supporters. Cosmetic companies such as L'Oréal have also employed this tactic by using celebrities like Penèlope Cruz, Beyoncè, and many more well-known women and men to promote their products.

As per statistics, the average daily social media usage of internet users globally is 147 minutes per day in 2022, up from 145 minutes the previous year. As a result, advertising on social media platforms is a brilliant way for businesses to promote their products or services. If a reputable social media personality has many followers, they potentially influence them by default.

Based on Indahash's research, women are dominant in the social media influencing industry, accounting for 68% of the field. These female influencers are deemed attractive by societal standards; they are always on trend with luxurious designer attire, and their images and videos portray an almost ideal lifestyle. A specific aesthetic appears consistent with most female influencers in the beauty, fashion, and travel posts.

It is general knowledge that visuals portrayed on social media should not be mistaken for reality. In 2016, a trend dubbed Instagram Versus Reality emerged, in which users, including influencers, shared side-by-side photographs, one superficial and the other more realistic. This movement demonstrated how angles, posing, and lighting might modify images. People who scroll through social media believe the photographs and short clips represent influencers’ daily lives but created Instagram content is loosely based on real life. This produced content makes it difficult to distinguish between the glamorous portrayal of that person's life and what is real.

Most female influencers travel luxuriously, and some portray themselves as if they pay for all the luxury items they display. In 2015 Tag Your Sponsor was a website that gained traction because it exposed luxury Instagram models. They revealed these "models" that use the social media platform as a portal to exchange sex for money. The site achieved this by posing as wealthy Arabic men who would contact and persuade them to fly to Dubai and participate in degrading sexual acts in exchange for compensation. This conspiracy theory gained strength as models' biographies stated that DM for bookings, causing further suspicion.

According to Fox News, women utilise social media to lure new clients by posting enticing photographs. BBC also published an article about how Instagram models have received bids from affluent individuals worldwide. Consider Instagram an agency where wealthy men can browse through a catalogue of women they can pick from. As humiliating as the alleged sexual acts are, this may be a dangerous industry since the men associated are wealthy and powerful and thus may feel entitled to treat women as objects.

The majority of the inexplicable deaths of popular Instagram models occur under questionable circumstances such as suicide or drug overdose. Many Instagram models, including Natacha Juitt, Sinead McNamara, and Dasani Williams, have died at the hands of affluent men. According to a report by Ghana Web, Williams was a popular Instagram and OnlyFans model with a large following, and a billionaire flew her to Ghana to promote activities affiliated with his events. Before she died, she sent an alarming tweet to the US embassy in Ghana that wrote "dm."

According to Swisher, this threatening post appealed to the embassy to check their direct messages on Twitter. Unfortunately, days after that tweet, her body was found in Rayporsch Hotel in Accra, and "investigators" reported that her death was a suicide or drug overdose. "We don't trust Ghana's health authorities to do a proper job," Julie Williams said, "therefore, we want the autopsy done in the United States." USA Today reported that her family suspected foul play and that Dasani Williams was not a drug user.