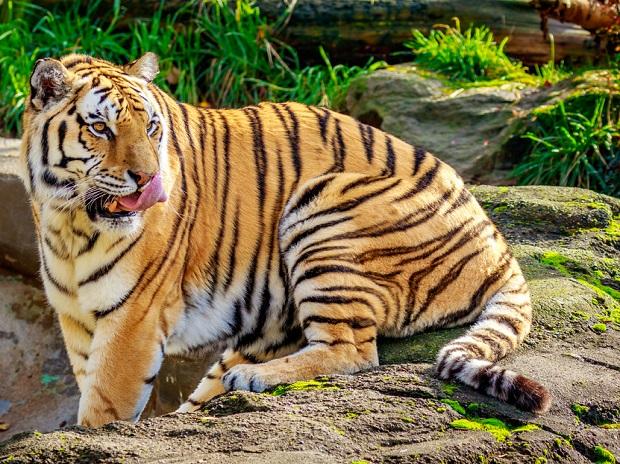 The 29th of July is Global Tiger Day or International Tiger Day, which has been celebrated every year since 2010. This day was first marked in November 2020 at the 'Saint Petersburg Tiger Summit' in Russia. We commemorate Global or International Tiger Day to raise awareness about tiger conservation and promote the protection of tigers' natural habitats. Tigers have lost 90% of their natural habitat and their world population is less than 3,900. Some of the threats that tigers face include poaching, conflict with humans, and habitat loss.

During the submission to save tigers at the ‘Saint Petersburg Tiger Summit’, around thirteen countries participated. These countries were India, Bangladesh, Russia, Cambodia, Nepal, Bhutan, Myanmar, China, Indonesia, Malaysia, Laos, Thailand and Vietnam. During the submission, every country said that by 2022 they would double the tiger population.

According to the World Wildlife Fund, there are around 3890 tigers left globally. Tigers are the world's largest living felid species, yet their number has declined by 95 percent over time. Tiger parts have been used in traditional Asian medicine for hundreds of years. Tigers are poached for their skin, meat and pets as well.

There were many great organisations out there working to support wildlife and tiger conservation during International Tiger Day. Hopefully, the future of these big cats is headed in a positive direction.

The Tiger, the world's largest feline, is a beautiful, majestic creature and a victim of wildlife traffickers. In the last century, we have already lost 100,000 tigers, equivalent to 97% of the world population. And, three of the nine known subspecies have already become extinct: the Bali tigers, Java and the Caspian tigers. Most people do not know that the Bengal Tiger is the national animal of India and Bangladesh.

"Their Survival Is in Our Hands". We may not all be out there saving tigers, but we can do our bit by just being conscious of the need to protect an endangered species, supporting the cause, especially on International Tiger Day.

If you are interested in supporting the cause, the first step is to educate yourself and others. These are some factors that contributed to the tiger decline:

There is no question that tigers are a beloved species, and they also have great historical significance. Tigers are considered an "umbrella species", which means that their conservation also conserves other species in the same area.

to save the lives of tigers. The World Land Trust is an international conservation organisation that rescues tigers, including Bengal tigers.

There are different types of species of tigers around the world. They are;

Tigers are wonderful animals, but people around the world need to understand that they are not pets. Tigers in captivity have no chance of being released because most of them are the result of endogamy, which has low genetic value in wild populations, and those in sanctuaries or rescue centres are simply enjoying the best lives they can under professional care.

There are many ongoing tiger conservation projects in India, with India's Project Tiger being one of the largest. This effort began in 1973 with the establishment of nine tiger reserves. This project was started in 1973 with nine tiger reserves. But, 51 reserves have had 2967 tigers by 2018. The largest number of tigers are in Jim Corbett and the largest numbers of tigers, around 80%, are in India.

Today, there are more tigers in captivity than in the wild, and most live in moats and cages in zoos or on farms where they are bred for their bones and skins. The massacre continues and in the last 15 years, poachers have killed about 1,800 tigers, mainly in Laos, Vietnam and Thailand. They are hunted to traffic in their bones, which are used in Oriental medicine for their supposed aphrodisiac or miraculous anti-cancer powers; to sell their fur and make carpets and decorative objects; and to tear off their claws and tusks, which are sold as amulets. The silence of leghold traps: A Death Trap.

The traps are made of wire and the victims can die for days once they catch up. Illegal leghold traps are the main cause of tiger mortality in South-East Asia and it is these three countries that are responsible for the possible extinction of the feline. Furthermore, about 700 mammals are cruelly and indiscriminately mutilated and killed.

If we talk about Sumatran Tigers, they are the last of Indonesia’s native tigers in the world. Habitat loss is the biggest threat that is bringing these mammals to the brink of extinction. As solitary big cats, each individual needs 25.000 hectares of home range area. But the wonderland covering 2,6 million hectares of the Leuser Ecosystem still enables it to be one of the homes of this critically endangered species.

According to the recent report 'The Silence of Traps: A Crisis in South-East Asia', poachers have placed at least 12.3 million loop traps in the jungles, fields and mountains of some protected areas of Cambodia, Laos and Vietnam. Most are rudimentary, made of wire, nylon or rope. They are small and hidden among the dense vegetation, which makes it hard to locate and remove them by the guards of the reserves.

Tigresses are more cautious and caring for their cubs. If tigresses find out that the place where their cubs are living has become dangerous or threatened, they immediately change and move to another location. They leave their cubs only for the time it takes to drink and hunt.

At the start of the Ice Age, when species began to evolve characters to survive in harsh cold conditions, there were apex predators who were chiselled to survive till the end of it. Watch them while you can, in the wild, for they are soon going to be part of the zoo culture.

Spare the national animal and serve the country. It is our onus to save the world and create a balanced environment that will be beneficial to our next generations.

SAVE THE TIGERS. BEFORE THEY ARE SILENCED FOREVER.