Into Dystopia: A Profile On Margaret Atwood 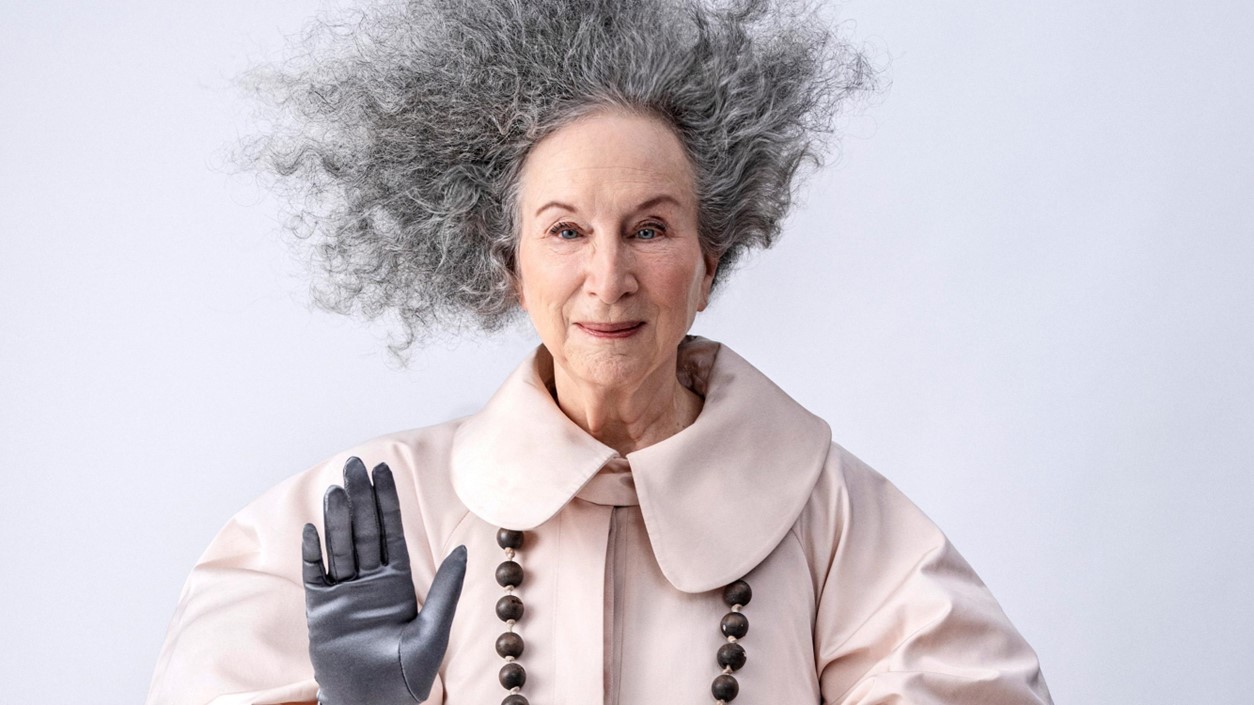 Margaret Atwood is a Canadian poet and novelist. She is known for her novels which tell stories about enigmatic and robust women. She seeks to dissect contemporary life and deal in themes of gender and identity and explore issues of power and politics.

"The genesis of a poem for me is usually a cluster of words. The only good metaphor I can think of is a scientific one: dipping a thread into a supersaturated solution to induce crystal formation".

Who is Margaret Atwood anyway?

Margaret Atwood is a Candian poet, novelist, and essayist who dabbles in literary critic, teaching, and activism. She is best known for her novels, short stories, and feminist perspective.

Atwood was born in Ottawa, Ontario, in 1939. However, her childhood is best described as dislocated. Her father's work as a forest entomologist took their family all over Canada, and they frequently travelled back and forth between Ottawa, Marie, and Toronto. Much of Atwood's early years were spent in the forests of northern Quebec. Consequently, she did not attend school full-time until she was twelve and her childhood was quite lonely.

So, Atwood turned to art, developing an appetite for literature and indulging in Grimm's Fairy Tales, Dell pocketbook mysteries, and comic books. Her love of writing stemmed from myth and folktales, and at age six, she had already begun to write poetry and plays.

By sixteen, she was resolute in pursuing a career in writing. And after graduating high school in 1957, she attended the University of Toronto, where she studied a Bachelor of Arts in English. After that, Atwood continued her studies and completed her master’s degree at Radcliffe College, Massachusetts, in 1962.

The Handmaid's Tale and much more

Margaret Atwood is best known for her novels which are characterized by enigmatic and robust female characters. She excels in telling open-ended stories which dissect contemporary life and regularly deal in themes of gender and identity, examine myth and religion, and explore the complexity surrounding issues of power and politics.

Her first novel, The Edible Woman (1969), tells the story of a young lady who cannot eat and feels that she is being consumed. Her second novel: Surfacing (1973), is about a woman's investigation into her father's disappearance; and in Bodily Harm (1982), Atwood explores the story of a young female journalist recuperating on an Island in the Caribbean.

After that, Atwood wrote The Handmaid's Tale (1986), a futuristic dystopian novel describing a woman's struggle to break free from her role. She deals with bullying among young girls in Cat's Eye (1989) and in Alias Grace (1996), explores the journey of a woman who is convicted for two murders of which she claims to have no memory.

However, Atwood began her career with poetry. Her first publication was a book of poetry titled Double Persephone (1961), which examines the contrast between life and art and explores the world of natural creation alongside human creation.

This was followed by The Circle Game (1964), which expands on these ideas and takes the opposition further. Atwood depicts human creation as a game and positions love and literature against the chaos existing within the natural world.

These works set the tone for Atwood's subsequent poetry, which is marked by duality and explores humanity's pull towards art on the one hand and our pull towards life on the other. Her poems frequently deal in opposites and examine the resulting tensions between the self and the other, man and nature, subject, and object, male and female.

This duality is presented as separation and causes her characters to become isolated from themselves, others, and their world. This isolation causes an inability to communicate, and in turn, Atwood's characters struggle to break free from exploitative relationships or understand their role in society.

Atwood's early poetry deals with problems of alienation and the need to form a real human connection and establish bonds and community. In this sense, her poems encourage an acceptance of duality and the need to work within it. Echoes of her childhood can be felt within Atwood's poems. She spent much of her early life surrounded by nature and turned to art early on, but she was separated from her peers and was dislocated from place and community for a long time.

In addition, Atwood's writing reflects her own struggle and effectively depicts the modern woman's anguish in finding ourselves isolated and exploited by the imposition of a gendered power structure. All of Atwood's female characters suffer, but never passively. She explains that while she began as an apolitical writer, she "began to do what all novelists and some poets do: I began to describe the world around me. Her suffering characters stem from real life. Her women suffer then because most women seem to have suffered.