Is India a racist country? 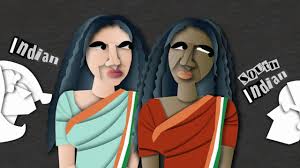 Whether it is the colourism in America or the prejudice every Asian face in western countries like Britain, nothing has changed so far. It is happening beyond our imagination. We are aware of the slavery system that used to take place in America, which was a symbol of white superiority over black people. The slavery system in America ended in 1865, but the belief in white supremacy is still there. It is not just the American issue but everyone who has an obsession with white skin tone.

The death of George Floyd shook the world in 2020.  Justice was served, but this incident shows the reality of our society. After the outbreak of coronavirus, many Asians faced racial discrimination in western countries, especially in America and they are still facing it. Another example would be Meghan Markel, the Duchess of Sussex, who faced racial discrimination by her in-laws because she is half black.

The above-stated points are a clear example of how racism still exists in our society and how we all are part of this discrimination. Moving on to the topic of this article that is India a racist country? This question itself reveals the idea of racial discrimination we Indians witness in our everyday life. Some are racist (people who discriminate against other’s colour, caste and ethnicity) and some are the victim of such racial discrimination. We see the racists, and we see the victims, but we choose to remain silent.

The first and foremost discrimination based on the race we witness is colourism. Every day, people with dark skin colour are often called ugly. Especially people in north India call dark skin tone people as south Indians as an insult. Now, this is not only the discrimination that dark colour people face in India (especially in the north India region). Also, the kind of image that every north Indian have in their minds for south Indians. It is an insult to the region of south India. A shameful act of generalizing one sort of a region and community.

The children in schools are also the victim of racial discrimination as they are bullied by the other students. They are being targeted for jokes and make fun of them. Families are forcing their dark skin daughters to use skin whitening cream to look pretty. It is where it all starts with family. We are talking about a society where people during an arranged marriage get rejected due to their skin colour. We neglect discrimination every day because we believe it’s normal to find someone good looking (people with white skin tone) enough for the marriage.

We live in a society where people having white skin tones are called pretty, while dark coloured people are called the ugly ones. There is no second thought about the fact that we Indians do have an obsession with white skin tone. It does not end here; we promote our obsession with white skin tone. The marriage advertisement in the newspaper where it was noticed people mentioning, “Looking for fair skin coloured girl/boy”. And the ads on television promoting racial discrimination like “fair and lovely” is another big example of how we Indians promote racism.

Moreover, Indians do have a different perspective on foreign tourists. The tourists with white skin are treated differently in India than the tourists with dark colour skin. The dark colour skin tourists (mainly Africans) are denied many causal things which are available for white skin coloured people. Dark coloured people, categorized as drug dealers or people who are involved in illegal business. They are being denied rented apartments in many societies, whereas people happily welcome the white skin tourists for the rented apartments. Yes, this is how we welcome tourists in India.

Furthermore, the discrimination the northeastern people face in their own country is another shameful act. Being called by names such as “Chinki” and “Nepali” is another disturbing thing that every northeastern people face in big metropolitan cities like Delhi and being called an outsider. There has been an increase in the number of discrimination cases against northeastern people after the outbreak of coronavirus. They are being blamed for the spread of coronavirus. The looks they are getting from the rest of the Indians is quite disturbing. They are still the victims of untouchability after the coronavirus outbreak.

The city of widows: Vrindavan