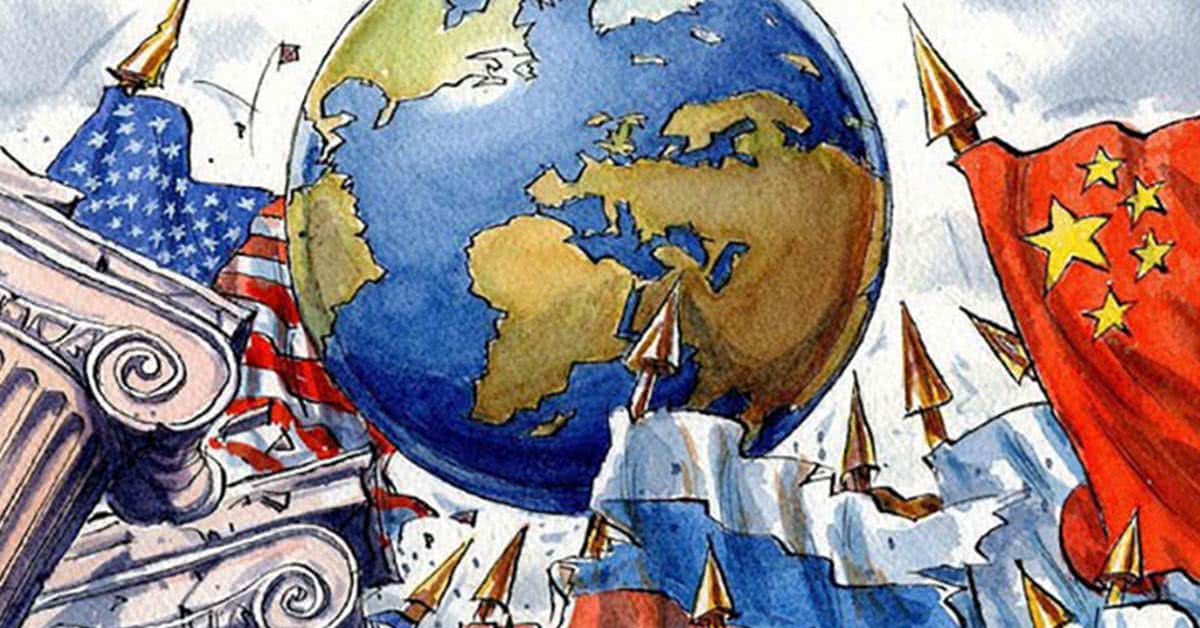 The dissolution of the USSR and the end of the Cold War left the US as the one true global superpower that dominates world affairs. The US has long succeeded in shaping the global economic patterns, preoccupying policymakers, and placing itself on top of the hierarchical military power scale. With a GDP of approximately $2.10 trillion in 2021, the US remains the most powerful country until now. The US is indeed still dominating the political and economic arena.

However, the superpower disparity between China and the United States is narrowing. China is slowly penetrating the world market, making itself the second-largest economy in the world. Under the current president, Xi Jinping, China's economic growth in 2021 was 8.1%, compared to a growth rate of 5.7% for the US.

What makes any nation considered a global superpower? Scholars believe that a global superpower is created through the combined means of military, economic, political, and cultural power as well as a great diplomatic and soft power influence.

With a thriving economy, a large armed force, an aspiring space program, and a permanent seat in the UN Security Council, China is on its way to becoming a global superpower and is gradually transforming the international system's framework.

Professor Anne Gerritsen who teaches the history of China and global history at the University of Warwick stated that China has long been considered a superpower in terms of manufacturing and production.

Indeed, the spread of globalization along with the new open trade policies that China adopted in the 1990s facilitated its integration into the world economy.

Some experts think that the US will not remain a lonely superpower and the Asian giant may succeed in asserting its dominance in world affairs.

The multipolarity of the world could be achieved through the rise of multiple great economies. Indeed, India’s dramatic economic growth is giving this aspiring country the opportunity to be considered a major superpower.

India’s rise has certainly been impressive and warrants the attention that it has commanded. For over a quarter of a century, India was proven to be one of the world’s best-performing economies, lifting millions out of poverty and becoming the world’s third-largest economy in terms of purchasing power parity (PPP). In 2015, India became the world's fastest-growing economy with a 5% estimated GDP rate.

According to the 2022 Global Firepower (GFP) annual defense review of 140 countries, India's military is the 4th most powerful. Over the last decade, India has tripled its defense expenditure to become one of the top ten military spenders. In stark contrast to Asia’s other billion-person emerging power, India has simultaneously cultivated an attractive global image of social and cultural dynamism.

India’s rise is not only crowned by its global economic growth, but also by its ability to contain China’s regional dominance.

China and India’s rise in geostrategic terms are considered a catalyst in changing world affairs, initially dominated by the US. With the recent events concerning the Ukrainian war, experts acknowledge Russia’s role in doing so as well. The Russian-Ukrainian war further portrayed how Russia is taking a huge step in showing its military capabilities are threatening not only to the US but also to the world economy.

Russia has made it clear any country that would challenge its decisions concerning the war on Ukraine would face its atrocious military power. These attempts to assert Russian dominance on the global level are not only portrayed on the military level but it is also implemented in its economic agenda.

The Russian Central Bank announced in March that the ruble would be pegged to the gold standards with a price of RUB5,000 (85.83 USD) for a gram of gold. Soon after, on March 23, Russian President Vladimir Putin demanded that all “unfriendly” European countries must pay for their natural gas imports in the Rubles instead of the US dollar or the Euro. As Russia provides the European Union with 40% of its natural gas requirements, the currency shift from the US Dollar or Euro to the ruble would result in an economic boost.

This new economic decision ought to de-dollarize the bilateral trade and alleviate the economic sanctions placed upon Russia for its attack on Ukraine. Putin’s attempts to strengthen the value of the Russian currency were proven to be successful as the ruble has reached its highest value this week since 2018. Currently, the ruble is considered the second-best performer, competing against the US dollar.

The well-defined hierarchy of power in the unipolar world allowed the US to loom largely dominant for many years and resulted in a stable and clear-cut world order. However, the rapid rise of new powers such as Russia, India, and China could soon result in a return to a multipolar international system, and the end of the US hegemony.