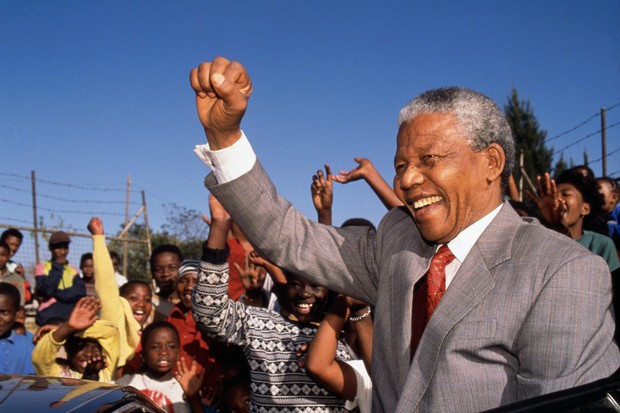 This day was announced in recognition of the contributions made by Nelson Mandela, the former South African President, to the culture of peace and freedom.

The day is not a public holiday but to celebrate his life, the sacrifices he made, and the works he did for the people and the country through volunteering and community service.

The reason behind celebrating “Nelson Mandela International Day” on 18 July is because it falls on his birthday. Mandela announced this idea on his 90th birthday by saying that “It is time for the new generation and new hands to lift the burden now everything is in your hands.”

Nelson Mandela spent 67 years of his life improving the lifestyles, and the struggle which was faced by all South Africans, black and white, from political, social, and economic division.

It gives opportunities to the people of South Africa and all the people over the world to do something for others for 67 minutes. On this day it allows you to help others for only 67 minutes in recognition of the 67 years that Madiba spent fighting against apartheid.

Everyone tries to remember Nelson Mandela in a very unique way. In all parts of the world, various events are held to remember and honor the work of Nelson Mandela Various. On this day every person tries to encourage the work he started for people's wellbeing. Even after his death, various projects are still running which he started for the poor and needy people. To celebrate this day various activities, including volunteering, sport, art, education, music, and culture are conducted.

Nelson Rolihlahla Mandela was the full name of Nelson Mandela. He was born in the village name Mvezo, in the Eastern Cape, on 18 July 1918. Nelson was very young when he lost his father, he was just 12 at that time in 1930 and his mother died in 1968 when he was in jail. He was a black nationalist and South Africa’s first democratically elected black president.

Nelson Mandela started involvement in politics in 1942, he joined the African National Congress in 1944 when he helped to form the ANC Youth League (ANCYL).

On 11 January 1962, by using the name David Motsamayi, Mandela secretly left South Africa. He traveled to Africa and went to England to gain support for the armed struggle. He got his military training in Morocco and Ethiopia after his training he returned to South Africa in July 1962. While returning from KwaZulu-Natal on 5 August, he was arrested by police.

After his arrest, he was moved to Robben Island on 27 May 1963 and returned to Pretoria on 12 June.

Mandela and his other seven people were also accused. Their names were Walter Sisulu, Ahmed Kathrada, Govan Mbeki, Raymond Mhlaba, Denis Goldberg, Elias Motsoaledi and Andrew Mlangeni, on 11 June 1964 all eight were sent to Pretoria Prison and all of them were convicted and the next day they were sentenced to life imprisonment. Goldberg was sent to Pretoria Prison because he was white, while the others went to Robben Island because they were black.

Even while in prison, he had wide support from within the black community. It is said that he rejected three conditional offers for his release during this time.

He was given another chance to leave prison but in exchange, he ensured that ANC will give up violence, but as usual, he refused this offer too. Prisoner 46664, that’s what he was called when he went to prison in 1964. When people spend their life enjoying with their friends and family at that time Mandela spent 27 years of his life in prison.

After 27 years he came out on Sunday, February 11, 1990. There were thousands of supporters who were standing across the road. He came out on the balcony of City Hall in front of 50,000 people and thanked them. He said thanks to every person who supported me in this country and all corners of the globe, who tried their best for my release from the prison."

Both the presidents F W de Clerk and Nelson Mandela were awarded the Nobel Prize for Peace in 1993. He was the president of South Africa from 1994 to 1999.

Mandela did not seek a second term as the president but retained an extremely strong international presence, trying to ensure the propagation of peace and social justice.

As he had made a promise, Mandela stepped down in 1999 after one term as President. After he left the president chair for politics, he started working for the Nelson Mandela Children’s Fund. He set up this in 1995 and established two more foundations for needy people the Nelson Mandela Foundation and The Mandela Rhodes Foundation. After that Mandla Mandela was chosen as the head of the Mvezo Traditional Council.

“I dedicate my life and my struggle to the African people. I have fought against white domination, and I have fought against black domination. I have cherished the ideal of a democratic and free society in which all persons will live together in harmony and with equal opportunities. It is an ideal for which I hope to live for and to see realized. But, My Lord, if it needs to be, it is an ideal for which I am prepared to die.”- Nelson Mandela

"I Am Prepared to Die '' is the speech which was given by Nelson Mandela on 20 April 1964. His one of the most famous speeches and the longest speech. This speech was around 3-4 hours long, which was given from the dock of the defendant at the Rivonia Trial.

After he left politics in 1999, he spent the rest of his life working to end poverty and raise awareness on HIV/AIDS.

Nelson Mandela never let anyone stop him from his devotion to democracy, equality, and learning. When everyone tortured him for having a black colour then also, he never answered racism with racism. His whole life is an inspiration to all the people who are oppressed and deprived. Everyone should learn about his life. The sacrifices that he made.

Nelson Mandela always wanted to spread positivity amongst people. When he wrote his autobiography he mentioned, “To be free is not merely to cast off one's chains, but to always live with the respect and always respect others freedom.” “The exact test of our devotion to freedom is just beginning.”