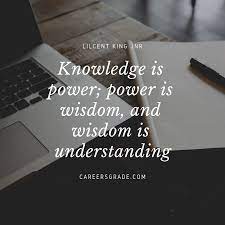 Countless theories, inventions, practicals have been executed to transform the much-owned civilization to bring alive the human nature hidden inside the primitive human. His knowledge has enabled him to go to space and bring about revolutionary changes by finding space in the celestial bodies.

His acquisition of knowledge is anything that is based on a random survey. Mostly he gains knowledge after experimentation and observation.

At first, the man starts his work with a hypothesis that later leads to experiments, ultimately proving to be a successful invention. In other words, he embarks on a random project, and the result at the beginning is positive or, rather, sometimes may be harmful as well. The falling of the apple was noted by Newton, marked as starting one of the discoveries in human civilization.

All the arms and ammunition that have made the nations, especially the United States, is due to humans' knowledge. Countries like JAPAN, UNITED STATES, and EUROPE are famous for their rich knowledge that serves the well-being of humanity. Today many countries like India are walking on the path of human revolution to bring alive the toilsome of gaining knowledge.

The progress of society and its prosperity is all related to its knowledge application. He can deal with all kinds of natural and unobvious problems by applying knowledge. Knowledge has made him a natural protector of the vast world. His knowledge of life, the morphology of earth, living has made it possible to create different types of sciences. His understanding of surgeries and medicines has enabled him to be a successful doctor who later is treated as the god of sciences. He can even save the life of birds, animals, and other living objects with his science and experimentations.

Knowledge about life has given him many avenues for his sustenance. His spiritual life has made him more disciplined and meaningful. His understanding of the invisible power made him realize the almighty's value or the importance of being optimistic in any program. Man only understands that mechanism on the earth in particular and those of the whole universe in general. He is the sole master of this incredible creation. The fate of this great planet lies in his hand.

Let knowledge be the protector of life on earth. Let humans be the compass to guide in the future. Human knowledge should be used for constructive purposes and not for harmful purposes. If there is any way that leads to negativity, that will be a loss for humanity.

Men's knowledge should not be constricted up to any boundaries. It should always be boundary-free and is always ageless. A person in need is a person indeed should be the primary logo of every human being as for they are the actual creators of this mother earth. He is the natural creation of GOD on his planet. He is the accurate propagator and dictator to guide the life of his own and his family on this earth. Thus humans are the actual constructor and destructors of this universe.