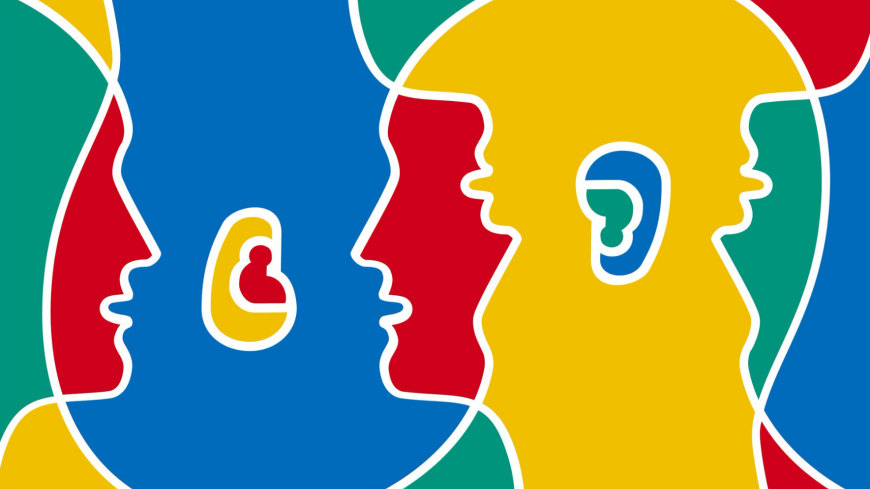 “Anything that has never been expressed, doesn’t exist”.

Reality develops the language we use; our ways of communicating will have a place in our reality.

Relating the importance of language, the writer and philosopher Briceño Guerrero says: "It is the medium that makes it possible to formulate questions and answers. The structure of knowledge, consciousness, and reasoning is linguistic. Its structure, as conceived and used by man, is linguistic. Language is the place of the human; in it, we live, we move, and we are.

As humans, our evolution is thanks to communication and understanding between us. Other living creatures, such as animals, also practice communication, but language is a faculty that only people have developed. This way, every language, and culture compose their reality as expressed.

Ever since Ferdinand de Saussure and his Course in General Linguistics, we have known that every linguistic sign consists of two parts: a signifier, the word itself, and a signified, the concept associated with the term. The indivisible relationship ultimately makes communication possible; the association between the spoken string we utter and the concepts and realities we refer to. It is necessary to have a symbology of every word we use, which means, Every time we say what we think, images representing what the language is referring to emerge. For example, when we say the word “dog” everybody might have in their conscience the image of a dog, but this dog might be different for each one. Some of us might think about the dog we have at our homes; others might think about a specific race due to an experience with this one.

Reality is different for every one of us, as well as there is not an only true statement about anything. It's not the same to say “today is a beautiful day”, then “today is a sunny day”, the result of this assertion is the same; the sun has come out today. But the way is expressed by every one of us reveals the reality that we create in our minds; for a person that prefers rain rather than the sun, maybe it is not a beautiful day.

This same argument is valid for the way we educate toddlers. When we teach children, it‘s essential to keep in mind what we try to transmit and the kind of communication we are building with them. For example, it‘s not the same to say “you can’t touch that” as saying “it’s not possible/ its forbidden to touch that”. In the first statement, you are stating to the kid that he is not able or capable to touch that; you are making him believe that it‘s a prohibition kept for him. On the other, the second statement gives information; in this case, that thing is not supposed to be touched. The difference between the two is almost invisible, but it creates a whole different reality, not only about the message transmitted but also in the way we are constructing the world for the child.

Somehow, humans managed to make communication a tool for development that evolves with their evolvement. Communication means have significantly expanded over the years.

Interculturality has also made communication essential for the globalized era we live in. Languages and cultures haven’t been mixed, but education has become bilingual in many countries, which makes understanding much easier. This evolution, doesn‘t necessarily stand for the best of humanity and society, but the sooner we recognize the role of communication, the better use we will make of it.

Last but not least, as an example of the way languages construct reality, we are going to learn about a language very little-known language from the north region of Spain. This ancient idiom called Euskera or Vasc is what we call an isolated language because of its unidentified organization. But what it‘s also particular about this lingo it’s the etymology of her words. For instance, “moon” is called "llargui" in Vasque; but its literal translation "light of the dead" is much more poetic. Additionally, "maiteminduta" means "beloved" in English; and the translation is "hurt by love."When people from the Vasc Country want to say « homesick » they use the word « herrimina » which means: « town hurt », in this case, much more similar to the English one.

As you can see, language is everywhere and vital transforms reality giving qualities and existence to everything, and can create our vision of the world. Every language is constructed in the culture in which it develops, and the same happens in terms of communicating, learning, and understanding its intricacies, which makes it all the more beautiful and integrated.