Let us fight breast Cancer together! 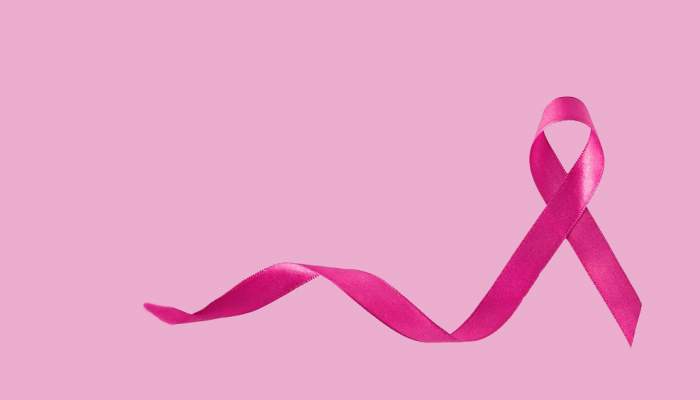 The month of October is celebrated as the Breast cancer awareness month, to raise awareness about the impact of breast cancer.

Breast cancer is one of the most common types of cancer detected in women. Globally, the cases of breast cancer are increasing. However, breast cancer can be treated successfully when detected at an early stage. It has been seen that even young women, starting from the age of twenty, are often affected.  To prevent the risk of disease, one must go through regular screening and self-examinations.

Kearston Wesner, teacher of celebrity culture and media studies at the Quinnipiac University at Connecticut spoke to the New York Times and said, “The photos aren’t touched up. They’re not presented in any way other than the reality she’s going through. There is some feeling that when she is communicating with you, she is coming from an authentic place.”

Breast cancer is caused when the cells are grown abnormally. Thereafter, the cells grow much faster than the healthy cells forming a  lump of mass. Doctors and researchers also believe that breast cancer can be caused

due to hormonal and lifestyle changes too.

The severity of breast cancer depends on the stage of the disease. The staging is classified by the size and location of the tumour, whether the disease has spread to the lymph nodes or other parts of the body, the probability of growth and spreading of the tumour. For treatment,  doctors use TNM ( Tumor- Node-Metastasis)  and other markers to determine the severity of cancer. Under this system, Breast cancer can be classified into five general stages from 0 to 4.

Stage 0 cancer is difficult to detect and mostly detected by accident such as a breast biopsy for any other reason. This may be detected by breast self-exams. Stage 1 cancer may also be difficult to detect as cancer may be limited within the breast tissue and not spread to the lymph node and the tumour is usually less than 2 cm in size. Stage 2 or invasive breast cancer indicates a slightly more advanced form of the disease where the size of the tumour is between 2cm to 5 cm and cancer has spread into the surrounding breast tissue and not spread to a distant part of the body. Stage 3  is a more advanced form of cancer where it has a presence in several underarm lymph nodes and may be quite large (up to 2 inches) and even extend to the chest wall or skin of the breast. All these 3 stages respond well to treatment. Stage 4  or metastatic breast cancer is a serious form of the disease as cancer has spread to the distant part of the body like the lungs, liver or even the brain.

For Patients with a family history or with a gene mutation, recurrence of breast cancer is high although 7 to 11 per cent of women with early breast cancer can face recurrence within five years of treatment.

Some common warning signs of breast cancer are swelling, Redness or visible differences in one or both breasts, change in size or shape of the breasts/nipples, nipple discharge other than breast milk and general pain in any part of the breast Lumps felt on or inside of the breast.

Breast cancer can be found in males too. Symptoms in male breast cancer can be similar to those experienced by a woman. It can include a lump in the breasts, which is usually painless, thickening of breasts, discharge from nipples and also changes in the nipple or breast size (which includes dimpling and redness too).

HER-2 negative and HER-2 positive are two types of breast cancers that are very commonly present.

HER-2 stands for human epidermal growth factor receptor-2. Even though is it considered healthy, but if too much if present can be a sign of breast cancer. People with breast cancer usually possess a normal portion of protein, which is HER2- negative.

Recently studies have shown how cancer and dementia can be related. Studies have shown that people who have undergone chemotherapy, at times developed the risk of dementia than those who were not treated for cancer. Dementia with levy bodies is one of the common types of dementia present.

However, we should take all precautions to prevent the disease.  Some important measures include limited usage of alcohol, maintenance of a healthy weight, being physically active, breastfeeding and limited postmenopausal hormonal therapy. Although

The best way to detect breast cancer is to perform a self-examination. If one notices something unusual, such as a lump, skin change or discharge, one should consult a doctor as the symptoms may be due to other ailments too.

The pink ribbon, which is an international symbol of breast cancer awareness, expresses moral support to women fighting breast cancer. These ribbons are commonly worn during the National Breast Cancer Awareness Month to express solidarity.

Impact of "Substance-Abuse" on Children!