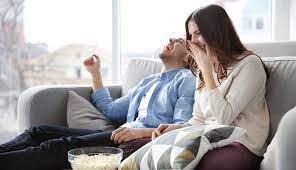 The bond between a guy and a girl can be perplexing at times. It is assumed that a boy and a girl cannot be merely friends without having a love interest in each other. Even though you know that you both know that you are the best of friends, others may think it’s something more. You don’t think about them in that way but they are someone whom you care about and admire a lot.

Well, you could be in a platonic friendship if you think this way about someone. We don't talk about platonic friendship very often, and I'm not sure why. This is also why most of us have no idea what it truly means, so let's look at what it is and how you can tell if what you have is the same or not.

What exactly is platonic friendship?

There are several examples of friendships like this. Whether it's Harry and Hermione's friendship or Phoebe and Joey. We've all been awestruck by them at some point and wished we could share the same bond with someone.

A platonic relationship is one in which two people have a strong bond but are not romantically or sexually involved. Platonic friendship is defined as a friendship between two people who are attracted to each other in theory. This implies that the friendship is solely based on mutual respect for one another and that there is no romantic element. People frequently believe platonic friendships will fail, especially if one of you "catch feelings" or misinterprets certain signals as desire or liking.

A sexual or romantic connection is the polar opposite of a platonic relationship. While the word is often associated with opposite-sex friendships, it may also refer to same-sex friendships.

Signs of a platonic friendship.

A platonic relationship has several things that set it apart from other forms of friendship. Aside from the lack of a sexual component, this form of relationship is also characterized by:

While the lack of a sexual relationship is what distinguishes this form of relationship, it does not necessarily imply that the persons involved are not attracted to one another or might develop feelings for one another.

How would you tell if the friendship isn't platonic?

In general, any healthy friendship that works for you is a good thing. Regardless, a friendship that comprises the need to seek romance or sexual intimacy, whether or not you share those emotions, is not platonic.

1.   Love that isn't reciprocated - Maintaining a friendship is still feasible if you have a crush (or something stronger) on one of your friends. If you're hoping for a love relationship, you can't consider that friendship platonic. If you're on the receiving end of this, things get a bit more complicated. You may believe you have a platonic friendship when the truth is that you have no idea how they feel. It's fairly uncommon to develop romantic feelings, particularly if you spend a lot of time with them.

F   Friendship with a hidden agenda - It is not a platonic relationship to become friends with someone with the hopes of one day dating them. It's also a little dishonest. It's typically preferable, to be honest about your feelings. You can't make someone fall in love with you just by being close to them and being patient (though pop culture might lead you to believe otherwise). Also, if they grow to feel the same way about you in the future, they may not be pleased to learn that you deceived them about your feelings and intentions. Even if they never find out, a relationship built on lies isn't going to go well.

Friendship after a breakup - It's quite common to terminate a relationship and remain friends. These feelings might be perplexing, and you may question if you should try again. You may split up and re-unite, or you may have an on-again, off-again relationship. Though some individuals do go on to become excellent friends after a split or divorce, it doesn't happen for everyone, and it may be extremely difficult, so creating clear boundaries and putting work into the connection you want will increase the likelihood of a healthy friendship.

What would life be like if we didn't have our closest friends? Someone who understands you keeps you company, and makes you laugh is a friend. Friendships can sometimes become so strong that they feel more like family. We also tend to exaggerate romantic connections, as if having a boyfriend or girlfriend as a life friend is the most essential thing.

• Being present in both good and bad times, even if it's just to listen quietly.

• You are free to express yourself without fear of being criticized or ashamed.

• Despite distance or hectic schedules, you make an effort to keep in touch with each other.

• You respect each other's ideas and seek counsel from one another.

• You're willing to be vulnerable and transparent with one another.

• You adore each other, and you'd miss each other if this person wasn't your constant company.

Some people believe that when you find a wonderful friend, the total of the parts is larger than the parts. That implies that while you're together, you're both better individuals than when you're apart. A platonic friend provides value to your life, is loyal to you, and is always there for you.

As you can see, a platonic friendship has a lot of advantages, regardless of whether or not you get into a relationship! Even whether they are of the opposite sex or the gender to whom you are most drawn, you can enjoy all of these advantages with someone.

How to form and maintain a platonic friendship?

Platonic relationships can be beneficial to one's mental health. Social support has been shown to play a significant part in mental health, so forming a network of individuals that includes family, platonic friends, and other loved ones may be extremely beneficial.

Some things you can do to help develop platonic connections include avoiding being nervous when meeting new people since you never know where it may go. There are a few more factors to bear in mind with a platonic friend:

• Encourage friendship without indulging in intimacy by doing the following.

• Keep an eye out for feelings of jealousy.

It's vital to learn how to preserve the platonic friendships you already have healthy and robust, in addition to creating new ones. Being helpful, keeping limits, and practicing honesty are all examples of how to accomplish this.

Some challenges you may face

If maintaining a platonic friendship is vital, this might be an issue. While such a connection has the potential to develop into a great love relationship, if you end up breaking up, you risk losing your friendship. Focus on setting and keeping clear boundaries if having a platonic relationship is vital to you. Set boundaries on things like time spent together, touch, and physical closeness, for example.

A platonic relationship is a rare, yet incredibly lovely, bond. While platonic friendships may not be ideal for everyone, there are situations in which they can be effective. Even while it might grow tiring to continually stating, "Yes, we're just friends," platonic friendships can work. Keep in mind that good boundaries and open communication are crucial to keeping and maintain your friendship — and any other relationship for that matter.