Making a Mummy - Resting Testament of Skill and Patience 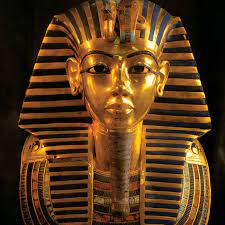 The moment we think of Egypt, our mind conjures up the image of a colossal pyramid containing mummies, treasures, curses, and our perspective converts to that of a tomb raider.

These are doors to the past to get in touch with their culture and knowledge even after thousands of years. They provide us with facts like bloodlines of rulers by isolation of DNA samples and causes of their demise in that time and inspired endless fiction. Similar to the profession of sailing and discovering new lands gaining fame after the Renaissance, Captain Cook and Marco Polo being heroes, archaeologists found the glory arguably after the unravelling of Egypt, with Howard Carter being a household name.

There is a riveting tale of how the process of mummification began. Osiris was a Pharaoh, and his wife was Isis. His brother Seth wanted the throne for himself, so he planned a trick. He made a wooden chest according to Osiris' measurement and told everyone to try to see who would fit in it. As Osiris lay in it, he nailed it and threw it in the Nile. Soon, he got scared of ISS and decided to bring the chest back, cut the corpse into pieces, and throw them in four different directions. Isis got suspicious and began searching for Osiris. When she found the pieces, she assembled them by embalming the body in linen bandages, stuck by tree resin. She then recited spells and brought her husband back to life. Though he returned, he wanted to remain the God of The Underworld and went back. So as the legend goes, that is how the culture of making mummies began, the primary rationale cited in mythology is that for the soul to be in the next life, the body needs to be intact. Hence people during the time worked hard to ensure that the priests preserved their bodies.

The priests had a fair amount of work cut out for them, many times more than priests of other countries. Preparing the mummies was the job of the priests who wore black Anubis masks (the jackal-headed God of the dead). Their first task was to kill the enzymes which break down the body, so they began by inserting a metal tong in the nostrils to pull out the brain, then putting insulation on the left side of the abdomen to remove the liver, stomach, and intestine, followed by the lungs. These are moist and so are stored in separate 'Canopic' jars. The principal preserver is Natron, a mixture of Soda Ash and baking soda, a potent salt that kills bacteria. It has the property of turning fatty membrane into a hard soapy structure, giving proper shape to the corpse.

The corpse had to be buried in a natron bath for 70 days so that all the fluids could be absorbed when the organs were being pickled separately in the canopic jars. These jars had lids sculpted as the faces of the sons of Horus - Hape lid for lungs, Duamutef lid for the stomach, Imsety lid for the liver, and Duamutef lid for the stomach. The heart, according to legend, had to be weighed against the feather of truth and justice, so it was left inside the body. Finally, the shrivelled body was uncovered; it was stuffed with Myrrh, a mixture of spices and sawdust to retain its original shape. It was now covered with tree resin and wrapped in linen bandages.

In between the layers, perfumes, amulets, jewellery, a wig, and eyes with lucky charms were added. A face mask was put on top, after which the priest sang some hymns and spells, wishing a safe journey through the underworld to the afterlife. The mummy was ready to be placed in a wooden chest for commoners and a stone coffin lined with gold for Pharaohs. The priests added several articles of daily use, coins, and statues called 'Shabti' to help the person in the afterlife. So, from the time of death to the placement of the mummy, it took around three months of patience and procedure.

Aside from setting the backdrop to great novels like 'Death on the Nile' and 'River God', they have inspired students to take up archaeology. They provide a wealth of information about the health of early civilizations, which helps better treat diseases today. They are now finding signs of everything from prostate cancer to malaria in mummies. These mummies have many uses, providing unique though challenging resources for understanding history. These mummies are a repository of information and representation of culture. In aspects, texts say little about, they continue to speak to us still not 'curses' but definitely 'blessings in a gold disguise'.