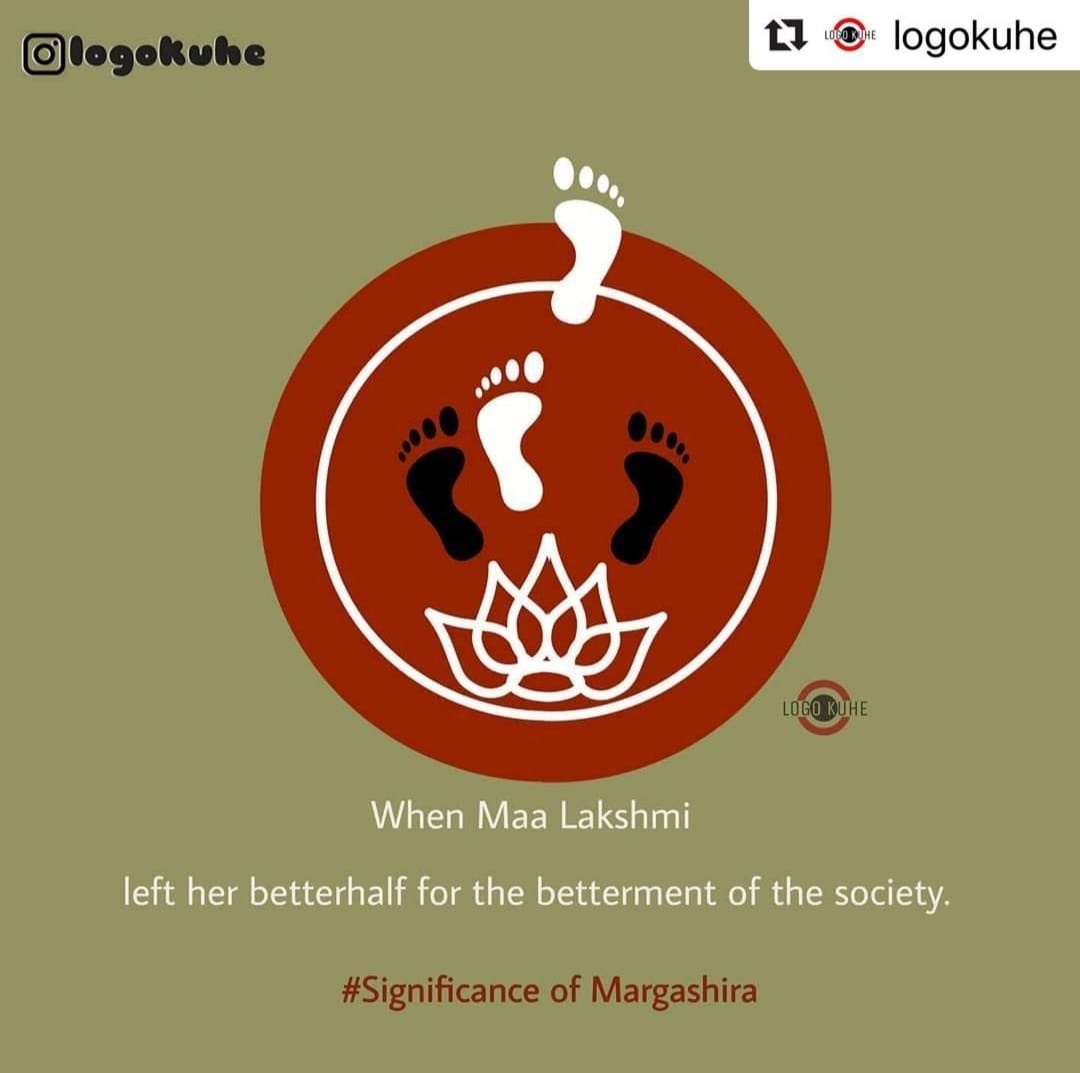 India is called the land of festivities. No other country can boast of a richer diversity of customs, traditions, festivals, and cultural heritages. The plethora of celebrations is so diverse that one may find a different one as one travels across even a few kilometers from one place to the other. Each of these myriad festivals is invariably associated with the commemoration of some legend, some event, some idea or even to celebrate the changing seasons and weather.

One would scarcely believe that there is a festival emphasizing feminism and equality in India. Can you imagine? Yes, you heard it right. Behold ‘Manabasa Gurubar’ a little-known festival celebrated across the state of Odisha.

Manabasa Gurubar directly translates to celebrating a bountiful harvest on Thursdays. It is primarily celebrated to observe the season of harvest in the month Margasira (Nov-Dec), the ninth month as per the Hindu- Odia calendar. Goddess Mahalakshmi is worshipped as the presiding deity thanking her for bestowing wealth and prosperity. It is popularly believed that the Goddess herself visits every household and removes pain and sorrow. 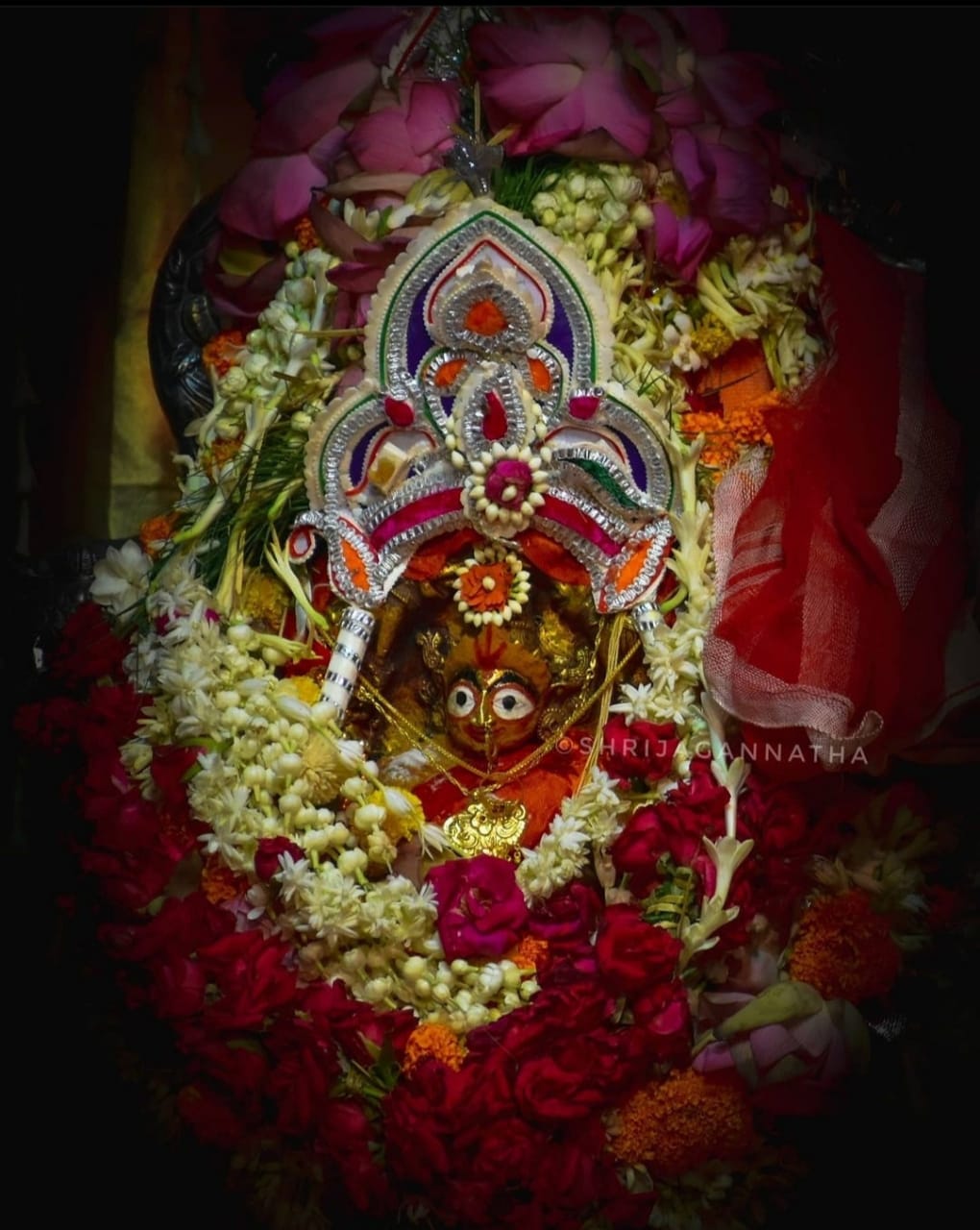 But the festival also signifies another very important message that is beautifully ingrained in the narration attached with the festival. It emphasizes the importance of women in an Indian household, breaking of caste barriers in society, and shattering patriarchy, all rolled into one beautiful mythology weaved as a part of the festival. 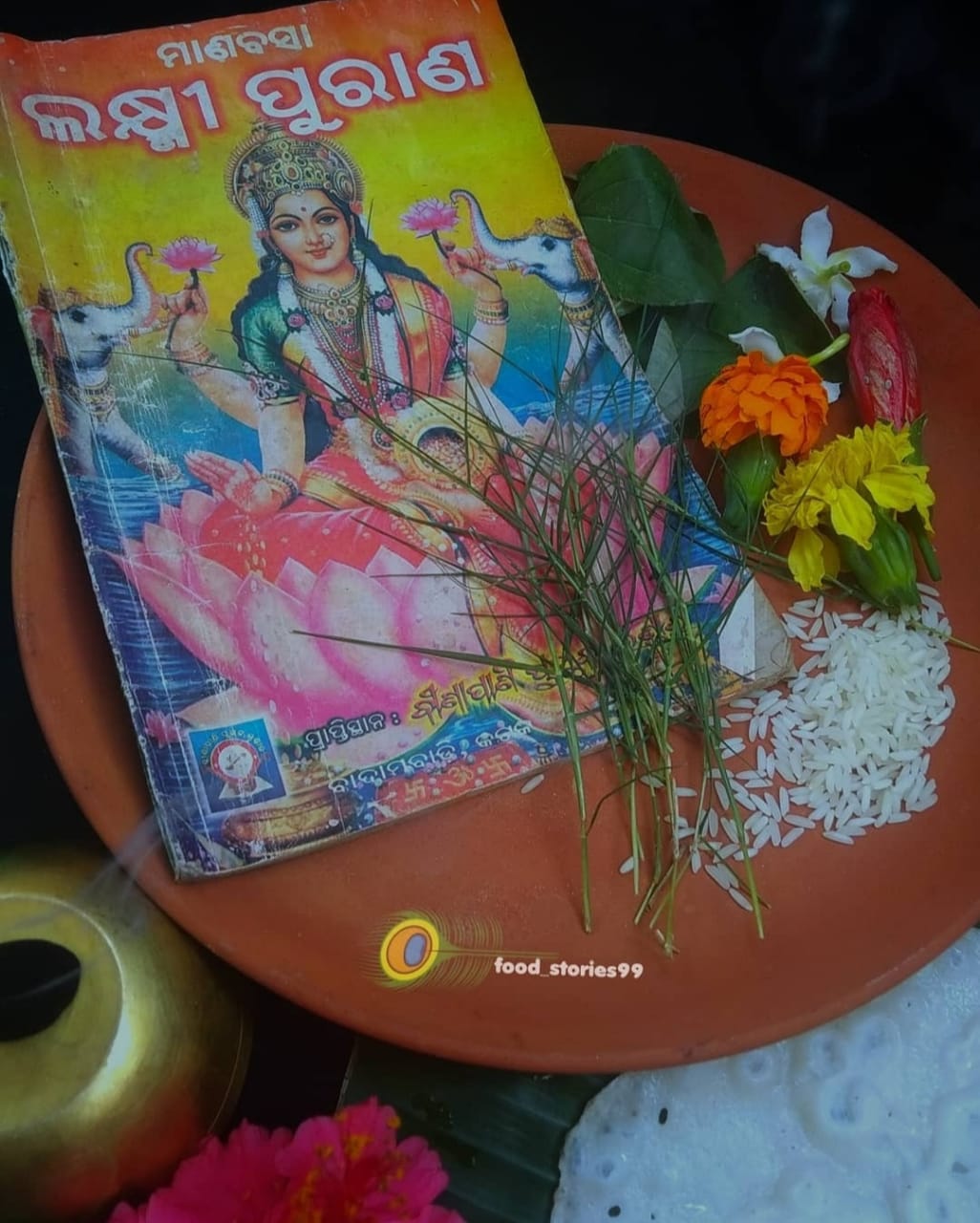 The legend goes that once Goddess Lakshmi was on a tour of the society. During her visit, she came across the house of a scavenger low caste woman (untouchable) called Shriya. She was impressed by her devotion and the clean maintenance of her house. Lakshmi, being the Goddess of beauty, love, and joy, was touched by the woman and entered her house to bless her.

Incidentally her elder brother-in-law Balarama saw her visiting the low caste woman. Being a staunch upper-caste Brahmin he was enraged by this deviation. He made his vehement disapproval quite clear to Jagannath, his younger brother, and husband of Lakshmi. He declared that she was contaminated and unfit to live with them. Additionally, he instructed Jagannath to warn Lakshmi of such unruly digressions.

So when Lakshmi returned that day from her tour, she was confronted by Jagannath at the gates of Srimandir. He barred her entry into the temple and castigated her for her actions. A fierce argument ensued between the two. Lakshmi enraged by such insult questioned Jagannath and his elder brother’s various births across multiple avatars in different forms and castes.

But when Jagannath listens to none of her righteous arguments, Lakshmi seething with pure and well-founded indignation decides to leave Srimandir, rather than apologise. She goes on to return every last bit of belonging and jewellery given to her by her husband. She vows to teach them a lesson and curses them to undergo immense suffering for insulting the woman of the house. She promises to make them understand the depth of their folly.

What follows is a detailed narration of how fate unfolds for the trio. For twelve years Jagannath and Balaram, though Gods themselves, suffer the consequence of admonishing and disowning Lakshmi from their lives. As a punishment for their superiority and over-confidence, they are reduced to begging and hunger because of the absence of Lakshmi who is depicted as Sri and Prakriti, the essence of everything tangible and intangible.

After a prolonged ordeal without food, water, and shelter, the brothers traced this catastrophe to their rejection and disrespect of Lakshmi. They learned that the Goddess of wealth is not affected by the puny concepts of impurity and inequity. Food will satisfy without prejudice the hunger of all, be it a sweeper, a king, or a God.

They finally reach the doors of Lakshmi, who they had castigated as a lowly woman and deemed her unworthy of their high status. They realise that no one can help them as long as Prakriti doesn’t want it. Finally, the Gods realise their mistake, beg apology for the same, and bring back Lakshmi into their lives by returning to the temple.

Lakshmi makes them declare the end of caste discrimination and uphold the importance of women in society. To this day, it is maintained that the Puri Mahaprasad is accessible to all without any consideration of caste or creed.

This wonderful and thought-provoking narration is a testimony to the fact that sexism and caste discrimination are not the norms of any progressive society. In the eyes of the Goddess, everyone is equal. She, who is Prakriti, the essence of nature, the very basis of everything we see and feel, doesn’t discriminate.

The inherent feminism, the ability of inclusiveness are all-pervading. It is inside every one of us. It is us who have to realise it and activate it in us. The essence of Prakriti or Mahalakshmi prevails more visibly in women. The tale establishes the need for equality for women in society. She needs to be respected and acknowledged for her monumental task of sustaining society. A society devoid of the divine feminine can never find peace and stability. A society without Lakshmi can never progress.

The very nature of the Devi or Goddess is to accept and settle in those places where She is worshipped and respected. It goes to teach us that there is peace and happiness in any society or even a home where the womenfolk are respected. The progress of a society lies in the active and joyful participation of women, as directly or indirectly they create, foster and nurture. 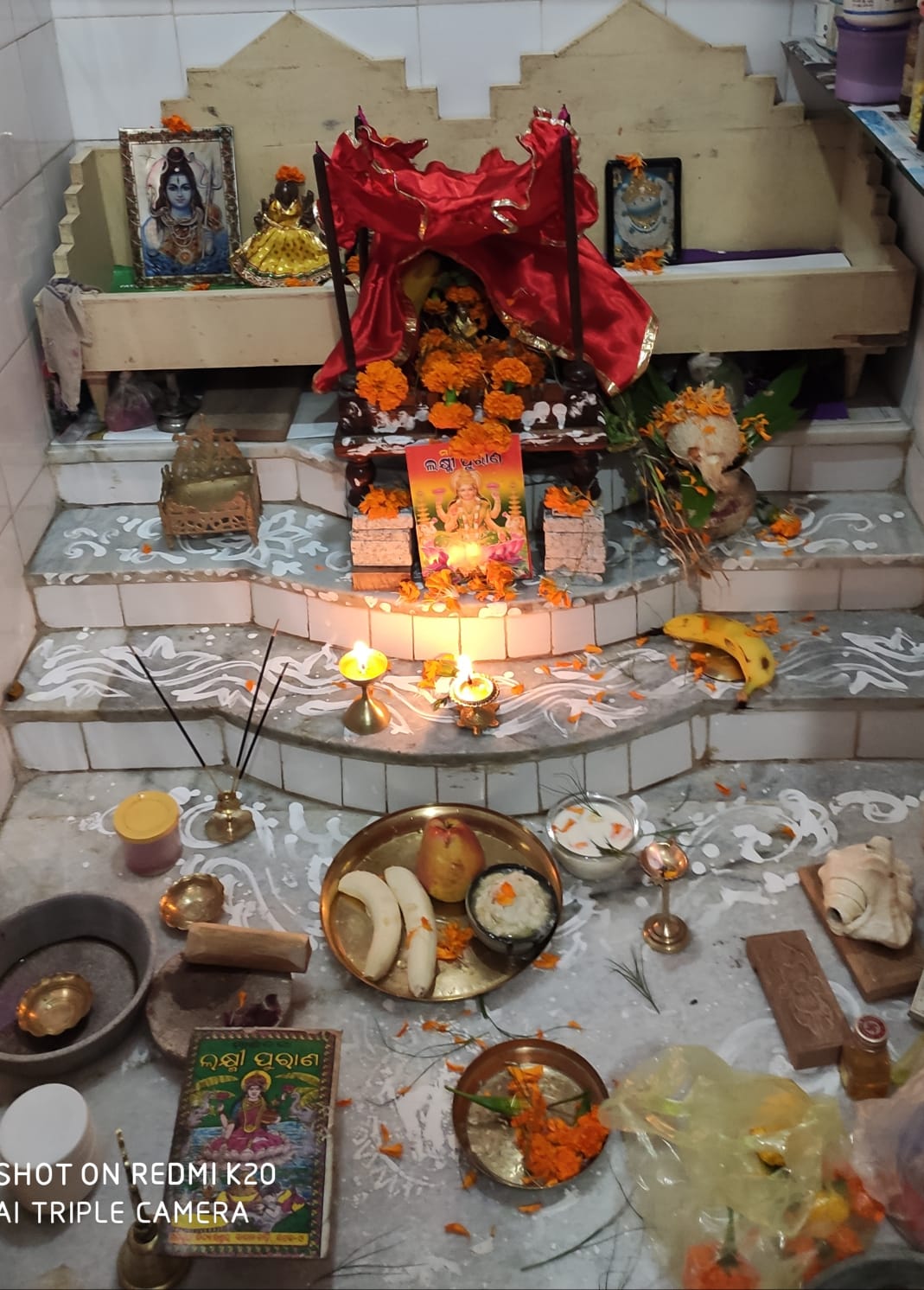 Lakshmipurana is thus religiously read by the worshippers during the festival month to remember, learn and apply the subtle message in their lives. The book also details pointers to lead a happy family life which the devotees are instructed to follow to impress the Goddess. It also gives women a guideline to sincerely perform their duties and responsibilities.

The essence of Manabasa Gurubar lies in the reading of the ‘Lakshmi Purana’. The text was written by ancient poet Balaram Das which dates back to the 15th century. It was perhaps the first attempt in India towards speaking of feminism and casteist discrimination.

The retelling is anything but Brahmanical. It is not just a directive, instructive or prescriptive text but it is reflective. The traditional storytellers of Odisha never looked upon deities as historical or supernatural beings. The deities are regarded as living beings that live ordinary lives amongst common masses to communicate the sublime. This can still be seen in the daily rituals of the Puri Jagannath temple.

The Purana touches on three very important issues of our society; casteism, cleanliness, and feminism or women empowerment. It describes the social structure and gender inequality persisting in the society, raises voices against the evil practices of untouchability, and stresses the importance of female power to resist male hegemony.

On the days of the festival, houses are cleaned and decorated with colors, flowers (especially marigolds of different hues), and incense. Special designs are done on walls and floors called Jhoti/Chita (AKA Alpona in southern states). A special design called ‘Lakshmi Paada’ (the holy footprint of Lakshmi) is a mandatory feature. It is drawn along the entrance to the altar as if charting the way Lakshmi will follow. It is said that Lakshmi is attracted to cleanliness and orderliness, so every small detail is taken care of. 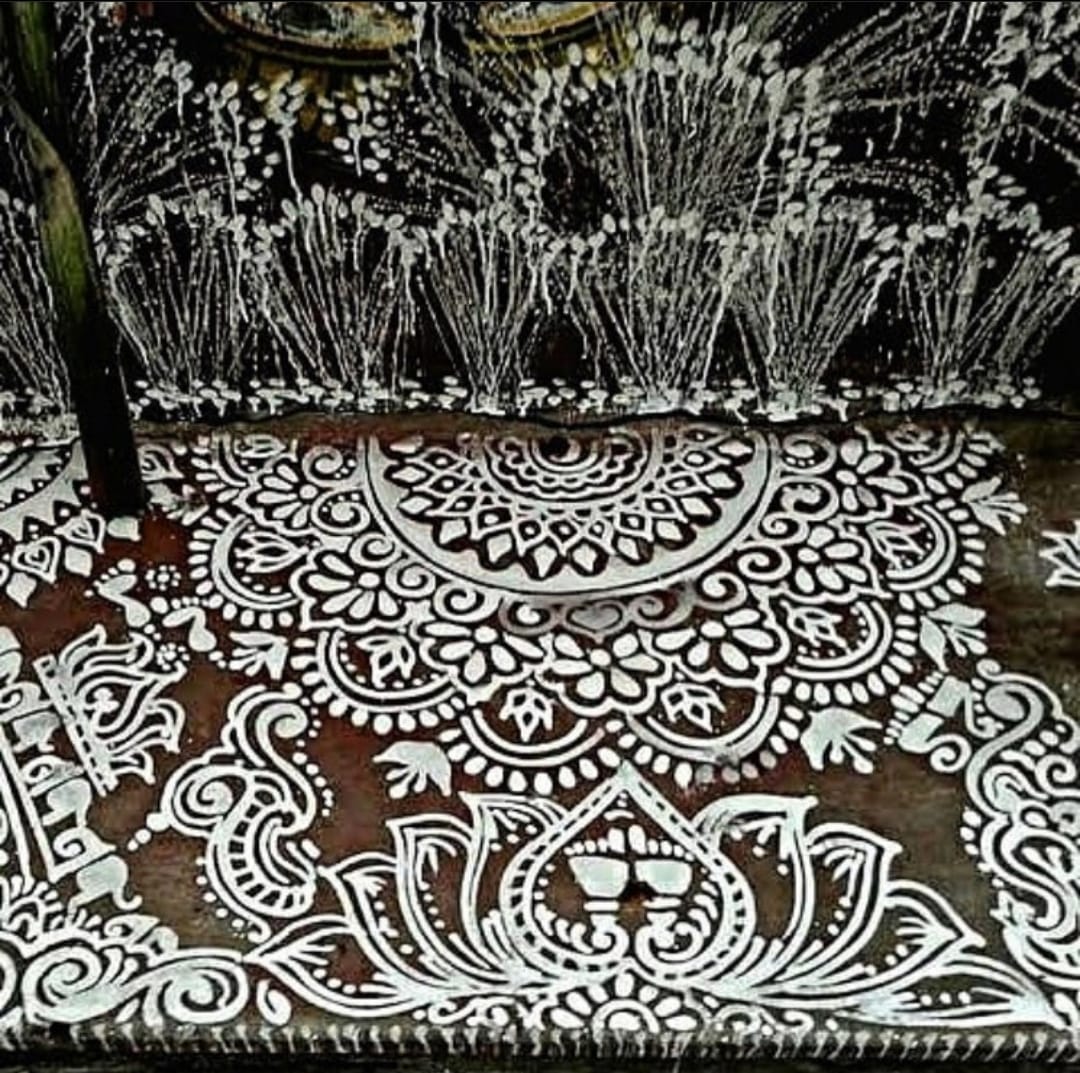 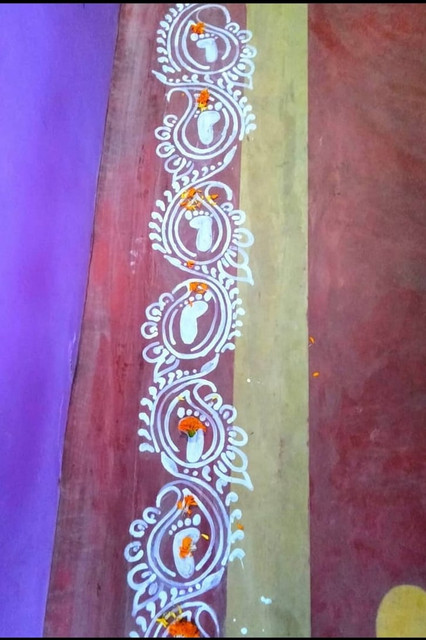 Each Thursday of the festival month is dedicated to a different and unique set of food items. Delicacies like Manda-pitha, kakera, kheeri – the authentic Odia sweets & desserts are prepared in abundance for offering to the Goddess. Woman devotees are told to dress in new sarees and deck themselves up to cheer the Goddess and be one with the prosperity. 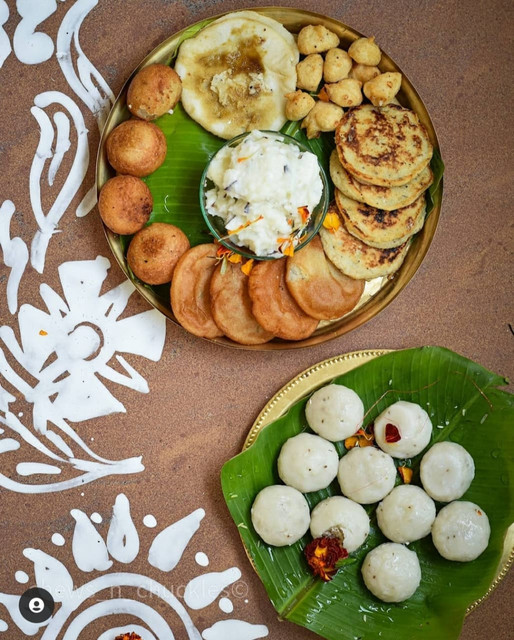 Then finally Lakshmipurana is read to reflect on the teachings, pray for our inner cleansing, of our souls and our minds, and reject traditional casteist beliefs. To recognise that women have their own choice and will not be tied down by patriarchal beliefs and traditions that aim to keep them enslaved to the authority of men.

The last Thursday is reserved for the grand finale celebration. An elaborate menu is prepared consisting of every food item mentioned in the Puran. By the end of it all, the atmosphere is of somber realization and introspection. 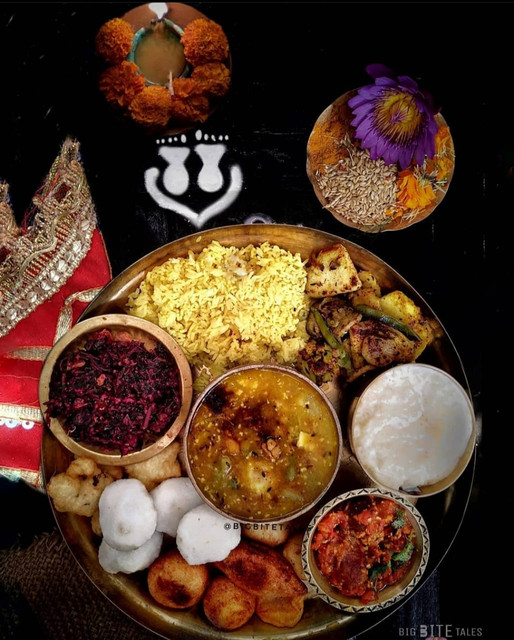 Indian festivals are not just about observing and preserving our cultural legacy. It is also imperative that we look beyond; find out and understand their real essence invariably entrenched in them, which is much more than just the decorations, food, clothes, or the rituals. We must ask ourselves, what is the message that this festival is giving us? What values are we trying to pass on through it, to our next generations and the society at large?

Celebrating festivals like this, we must take the opportunity to look within ourselves, delve deeper, and realize their real spirit. That would mean keeping up our great Indian tradition; not just following the rituals but successfully preserving these intangible heritages and passing them on for posterity.

Can an Ambulance fly in the air?