Masculine and feminine roles are not biologically constructed, but socially made. It’s time we did something about it. 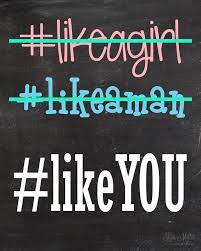 “Gender norms are societal rules that regulate how girls, boys, women, and men should behave and limit their gender identities to what is considered acceptable”. Gender norms are neither universal nor rigid, and they shift throughout time. Some standards are beneficial, such as the rule that children should not smoke. But on the other hand, some are not like women are only good at household work.

Girls should not participate in sports or other physically demanding activities. On the other hand, men and boys frequently pursue active combat roles due to the connection of masculinity with defending families and communities.

“Since our birth, gender stereotypes have been instilled in us.”

We are taught that a man and woman should behave to be socially accepted from the moment we are born. A girl is given dolls, play kitchen sets, makeup, and other (socially certified feminine toys) to play with as a child because she is expected to grow up as a sophisticated woman who will take care of the household and raise children, while boys are given bats and balls, gaming toys, and other (socially certified masculine toys) because they are expected to grow up as a tough and strong man who will be the head of their family.

Men are still brought up in an atmosphere where showing emotion is frowned upon because it makes them appear weak. A woman, on the other hand, is not treated the same way; a vulnerable woman is welcomed by society. Every day, we come across a plethora of examples that we fail to notice because they have become a part of what we consider normal.

Are the norms beneficial? Well, that is up to you to decide. How do you feel when you are expected to act a certain way or modify yourself for society to accept you? Though there may be some rules that aren't that awful, the vast majority are. Gender norms begin at a young age and have long-term implications. Many social expectations for males and girls become established throughout adolescence and have detrimental consequences that last into adulthood.

Some of the harmful gender norms.

1. Girls are supposed to be well-behaved at all times, whereas guys are expected to act out.

2. Boys should participate in athletics rather than engaging in more creative pursuits.

3. To demonstrate their ‘manliness,' men are supposed to employ violence and aggressiveness.

4. A female who has a lot of male friends is deemed improper.

5. A bully might understandably target a kid at school who does not employ violence or aggressiveness.

6. To appeal to males, a girl should be slim and attractive.

7. Women who do not desire children have something wrong with them.

8. Men who prefer to spend time with their families at home are less manly.

10. It's difficult to come out in front of your family since only around 12% of parents accept you for who you are, whereas, the rest tell you to get over it and it’s just a phase.

What are gender roles?

Gender roles in society refer to how we're should act, speak, dress, groom, and behave based on our sex. Girls and women, for example, are expected to dress a certain way and be courteous, accommodating, and caring. Men are expected to be powerful, aggressive, and courageous.

They exist almost everywhere. Pink, for example, was formerly thought to be a feminine color, whilst blue was thought to be manly.

Women are viewed as less competent when they conform to gender stereotypes (e.g., by displaying emotional sensitivity and care for others). However, if they violate expectations and act "like a guy" (e.g., by displaying dominance, ambition, and logic), they will face a backlash. This is something that successful women in male-dominated industries are fully aware of. When men do not comply with gender norms, they might be punished as well.

What can be done to stop it?

Whether you're thinking about yourself, your children, or others, focusing on accomplishments is far more beneficial than focusing on physical characteristics. When talking to and about girls, it's all too common for individuals to focus on "being attractive." Frequently, they are given little credit for their skills. Adult women are in the same boat. Putting too much emphasis on a man's physical strength may be just as detrimental, especially if the man isn't as physically powerful as society expects.

2. Colors should be chosen based on personal preferences.

It's counterintuitive to believe that you should choose a color simply because it's the right color for a person of your biological sex. In truth, the colors for boys and girls have varied over the years depending solely on the fashion industry's whims. If you're a man who wants to wear a pink shirt, go ahead and do it. If you're a lady who likes brown corduroy to adorn your home, go ahead and do so.

3. Develop skills in areas that interest you.

Previously, all women were expected to master skills such as sewing, cooking, and child care. Even today, women who attempt to acquire skills such as automotive or computer repair are frequently ridiculed. A man who spends his leisure time stitching, on the other hand, maybe deemed effeminate. Find the perfect teacher or class for the skills you wish to learn, then get to work. You could, on the other hand, discover your new calling.

Every marriage must decide who will do the home tasks, particularly ones that no one loves. It's unjust to assume that women should do all of the cooking and cleaning if they don't enjoy it. It's also unreasonable to expect males to perform all of the yard work if they'd prefer help in another manner. So, who is responsible for the household duties that no one wants to do? Make a fair decision so that both men and women share the responsibility.

5. Accept No Violence from Anyone, No Matter What Their Gender Is.

Violence is never acceptable, regardless of whether the perpetrator is a man or a woman. Never accept any sort of violence.

It's not only the females; it's the men too.

When women act in ways that contradict their gender stereotypes, such as being aggressive, they are seen as less pleasant, but the same may be said about males. Men, too, experience blowback when they don't conform to macho gender norms, such as when they show vulnerability, act kinder, show empathy, express grief, show humility, or declare themselves feminists. This is concerning, not least because it inhibits men from acting in ways that are known to help their teams and careers.

Men are trained not to seek aid or to be vulnerable, and when they do, they risk being punished. Empathy is another crucial feeling that few guys display. Women, on the other hand, are more likely than males to be given “credit” for it. Men need to be sensitive and caring just as much as women do. It's not anything to joke about. It's something to be proud of. Men who follow a skincare routine and are interested in fashion are typically thought to be homosexual. Why? Can't they just select what they want to do and attempt to be the best at it? I do not think there is anything wrong with it, and I do not think anyone else should either. It is critical to promote a more contemporary kind of masculinity at this time. Traditional characteristics of masculinity such as responsibility, aggressiveness, and competition, as well as compassion, humility, and kindness, may and should be celebrated by organizations. This is not only an ethical thing to do, but it will also create an environment where men, women, and organizations may flourish.

Various things happen every day that do not feel bad because that is simply the way things have always been, and we have accepted them and probably do not want them to change. These changes will not happen quickly; they will take time; we will need to educate ourselves and know what is good and wrong; nonetheless, these are the adjustments that we must make to improve. Again, I believe that everyone has the right to be what they want to become or whatever they choose. We have no authority to evaluate or judge them, let alone tell them that they are wrong, whether it is career-related, emotional, or physical.