Media and Migration: How Media narratives shapes the identities of the Migrants 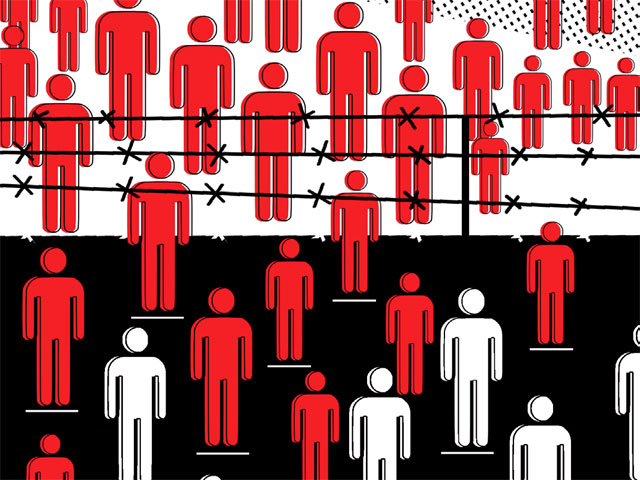 ‘Different media tradition are contingent on national history experiences of migration differs from country to country and even norms of the role of journalism can be fundamentally different’ these words of McNeil have clearly pointed out the contemporary role of media and its influence over the identities of migration. The world after globalisation have seen a large influx of migration across the world some countries have seen it probably more. - There are various reasons for the migration of people and in the post-liberalisation era with increased use of ICTs have enabled a further proliferation of migrants across the countries which along with crisis also provide opportunities to the host countries. It is thereby becomes important to analyse how media constructs a particular trend of migration and its consequences in order to have a further detailed area of research for migration studies in the contemporary world.

UNESCO reports provides an important analysis on how the media coverage and reporting widely affects the psychological and social aspects of the audience. They are in a mission to provide an ethical and fair point of view and balanced information of the migrants so that the audiences or the larger masses could get a fair point of view regarding the migrant conditions. Its programme- ‘Empowering young people in Africa through media’ is an example of such work by UNESCO where the main works included- engaging in global discussions or media responses as well as developing capacity building resources. India has seen many facets of it as well, particularly in the state like Assam where the issue of  immigration and migrants has already caused a disturbance and  where the media has played a crucial role in constructing a different image of the migrants. The state’s regional news channels has although widely covered a broader range of immigrants issues, rather showing the real facts and statistics or the conditions of the migrants who are falsely detained, they had focused on more for ‘entertainment’ purpose. During the October-November period the news channels were flooded with the news of how Bengali -Muslims constructing a museum which would represent their culture created a havoc amongst the civilians and between two dominated religions.

The ethical connotations of the media should be strictly followed when producing contents, as entertainment of sensible issues can only ignite the fire which disrupts the social cultural apparatus along with the economy. Thus, while media is considered as the fourth pillar of democracy, it should maintain its honour by strengthening the very aspects of democracy and avoid being an instrument causing civil disorder.

Invasion of personal space by the media