Mysterious Places you can visit 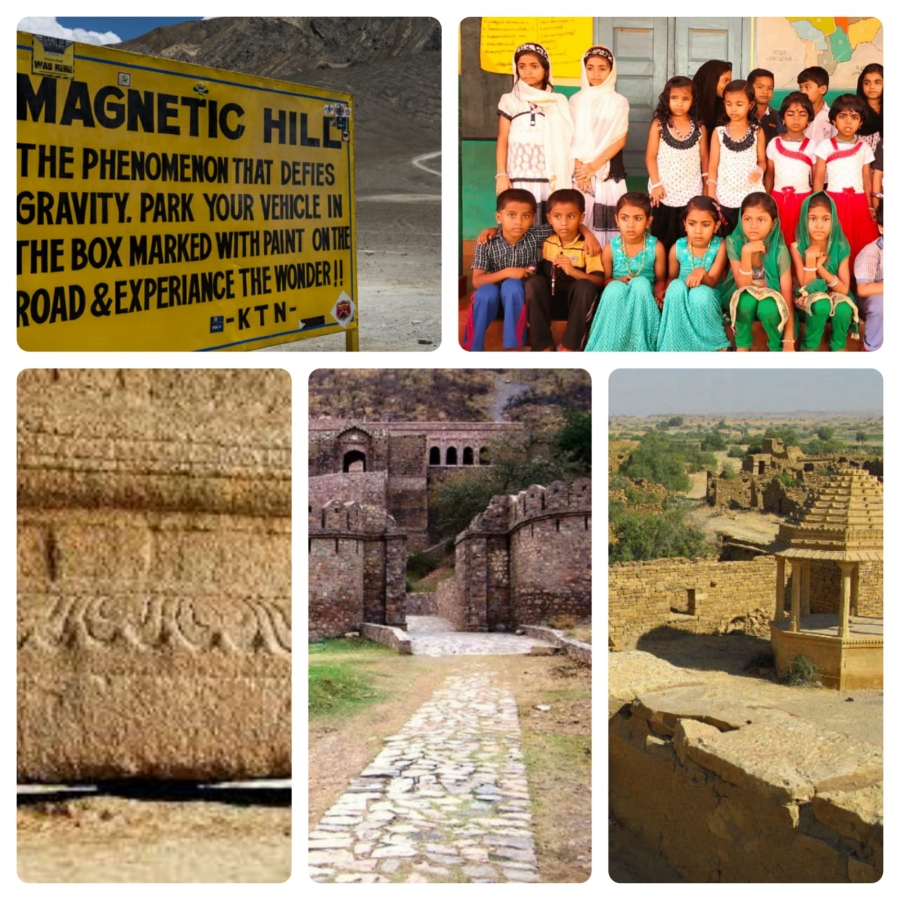 The word is mysterious when it enters the ear, and our senses are immediately alerted to it. The quest for reality is undoubtedly what motivates us to go on excursions. Don't forget to visit the places filled with enigma and surprises. Imagining scouting such a spot can send your heart racing. Nature never ceases to surprise humans.

Whether spiritual or natural, these places evoke curiosity in a person. They might seem mysterious to some, or they might be full of amazing hidden secrets. India is adorned with a great number of places that are still enigmatic to scientists. That's why they are continuously trying to find an answer to it.

There are few things more thrilling than unravelling the most thrilling secrets of nature, especially for travellers bored of stereotypical tourist destinations.

Here is the list of Top mysterious places you can visit:

The haunted Bhangarh Fort in Rajasthan would be an essential part of any list of the best mysterious places to visit in India. The Fort, which is complete with a sign by the Archaeological Survey of India prohibiting visitors from entering after sunset, is without a doubt one of India's most mysterious places. There is no roof on any of the structures inside the fort, which once flourished like a bustling city.

There is a nominal fee to enter the fort during the day, and entry is prohibited after sunset. The fort attracts tourists from all over the country and internationally as well.

Some say a curse has come to the fort, while others think it is the legacy of an evil magician who fell in love with the princess. No matter what story lies behind the fort, it is definitely worth a trip to Bhangarh, one of the most intriguing places in India.

One of the most mysterious places in India is the temple dedicated to Lord Shiva in Lepakshi, known for its floating pillar. It is one of the most important archaeological and historical sites in India.

People visit the temple and pass items under the pillar - believing it will bring prosperity to their lives - because it is suspended in mid-air among the 70 pillars at the site.

Temple builders of ancient times were well known for their genius tricks, including this one.

3. The Village of Twins, Kerala

Kodinhi, or the 'Village of Twins', as it has become known, is one of the more mysterious places in India due to the staggering number of twin births that its residents witness.

As soon as you enter Kodinhi, you'll start seeing doubles everywhere! The village has over 200 pairs of twins and three sets of triplets at present. Even Kodinhi's women who don't live in the village can end up having twins or triplets too if they are married outside.

A chemical component of the local water is believed to be responsible for this strange occurrence.

4. The Magnetic Hill of Leh, Ladakh

Magnetic Hill is one of the most unusual places to visit in India, located 11,000 feet above sea level and enchanting visitors with more than mere beauty.

The cars driving up the hill get pulled up by themselves, which means that the ignition of your vehicle does not need to be turned on to drive up this hill.

The hill's gravitational pull is responsible for this amazing phenomenon.

5. The Abandoned Village of Kuldhara, Rajasthan

This is one of the best places to visit in Jaisalmer since it is no longer inhabited by Paliwal Brahmins and is just a barren land with abandoned houses and broken structures.

It is believed that over 1,500 Paliwal Brahmins fled the village overnight about two centuries ago. They never returned; thus, it is one of the most abandoned places in India. There is a feeling of unease in Kuldhara when tourists step foot inside the village as 'paranormal activities' chase tourists away at night.

A curse was left on Kuldhara by its rightful inhabitants, which would prevent anyone from settling here after them.