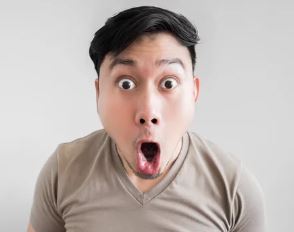 Awe, is such a little word, only three letters, but it has such an impact.

The concept of awe was first described in the 18th century by An Irish philosopher called Edmund Burke. I think there was an explosion of thinking about the value of nature in the 18th century because people were moving out of the countryside and farms and into the city propelled along by a new way of thinking harnessed by the Industrial Revolution and the Age of Reason.

In 1757 when Burke was 28 years old he believed for something to be truly astonishing, it needs to have “vastness of extent”, an experience of horror, and a degree of difficulty in making sense of what it was you were seeing for the first time.

In 1757 when Edmund Burke was 28 years old he wrote an essay titled: “The sublime and beautiful”. He defined the sublime as a highly volatile emotion characterized by feelings of amazement and fear. The depth of these emotions is triggered by how grave the danger is, its majesty, or the degree to which it is unknown. Sometimes the sublime even carries a “delightful horror”. Overall whatever a person is seeing or experiencing, it is perceived to be greater than oneself, maybe even spiritually Deistic.

“This kind of awe”, he says “Inspires humility, wonder, trepidation, and an outward perspective”.

Another 18th-century theologian and philosopher believed awe mostly appears when we spend time in nature and warns his comrades: “The intellect of most men is barren. They neither fertilize nor are fertilized. It is the marriage of the soul with nature that makes the intellect fruitful, that gives birth to imagination…without nature-awakened imagination, most persons do not really live in the world. They merely pass through it as they endure dull lives of quiet desperation”

Emerson, a third eighteen-century philosopher, nature-lover, and loner amalgamated both Burke and Thoreau’s awe-inspired understandings that an experience of vastness most often perceived in nature is truly humbling. He wrote in his 1836 essay called “Nature”: “Standing on the bare ground my head bathed by the blithe air and uplifted into infinite space, all mean egotism vanishes. I become a transparent eyeball, I am nothing.”

Even Einstein, a revolutionary thinker also of the 18th century sighs, “The most beautiful emotion we can experience is the mysterious.

Everyone in the 18th century was raving about experiencing awe but how does that transform our lives in the 20th century? I think we live mundane, eco-alienated lives and have forgotten to be awe-inspired as there has been little research or mention of this amazing emotion since the 18th century, until Paul Piff, a psychologist at the University of California, said in 2015 that there are degrees of awe, but “Essentially awe is something that blows your mind”.

Piff showed 1500 people across the USA nature-related awe-filled pictures and then asked them to complete a questionnaire that measured how predisposed they were to experiencing awe. The subjects then participated in a game in which they were given 10 raffle tickets and had to decide how many, if any, to share with someone who did not have any tickets. Researchers found a significant association between generosity and the tendency to experience awe.

In conclusion, Piff says, “Our investigation indicates that awe, although often fleeting and hard to describe, serves a vital social function. By diminishing the emphasis on the individual self, awe may encourage people to forgo strict self-interest to improve the welfare of others.”

What is the most awe-some experience you have ever had? Was it filled with a vastness of extent; you couldn’t quite make sense of? Were you filled with a degree of horror? Did it change you?

My most gob-smacking experience was with an elephant matriarch I was observing together with another researcher and two game guides. She decided she had enough of us being too close to her precious herd she was trying to protect. I was in and out of the reserve, whereas the other three travelers in our khaki-brown safari vehicle were stationed there permanently.

"She is about to charge", I squirmed.

I am pinching my objecting blue, thin-lined lips with an invisible peg, and wriggling uncomfortably on the bone-hard, brown seat of the grey-green safari vehicle. I adjust the video lens and watch her sway her front leg backward and forwards, uncertain.

As a psychologist, I am used to reading body language. Her stature changes. She decides her next move. Beuga swivels and moves along the shoulder-high brush between us. Her red-brown, mud-stained back looks like a mounded hill on the move.

Suddenly her bulk bolts through a gap between the bushes and cartoon-like she thrusts her front legs forward to skid to a halt.

"No Beuga!" yells Bradley, the game guide driving the vehicle and sitting in the front seat.

"You are spraying me with your spit", Graham, the researcher sitting next to Bradley squeals, trying to minimize the reality of what is going to happen next.

The huge vehicle heaves into the air at a 45-degree angle. She ramps it up with a massive white tusk that arches menacingly in the sun surrounded by a hallo of shimmering heat. We bounce down again, and then with split-second timing, before we can gasp a response, Beuga lifts the vehicle again and flips it onto its side.

Bradley opens the front door and runs, Smiley, a second game guide sitting next to me flies over my head with Graham soaring with him in close pursuit. They land just outside the vehicle and run screaming, together with Bradley, for the stumpy, surrounding trees and bushes. The roof canopy hits the hard blood-red, earth just above my head. Dust sprays like a sandstorm. I crawl onto the front door of the vehicle lying sideways in the dust. The right door is above my head, a metallic roof, and the steering wheel jabs into my ribs.

I was so proud of Beuga, she put her life at risk to provide safety and care for those she loved. She has inspired me ever since to try to do the same. I even wanted my grandchildren to call me Beuga, but my children refused, “Sounds too much like bugger”, they teased. Beuga in the Zulu language means “to look”.

The most recent research on this topic was in 2019 when two hundred and eighty Spanish students from Madrid engaged in exploring nature-inspired sublime emotions, that was broken down into two conceptual components: Awe as defined by feelings of fear, threat, vulnerability, fragility, and respect for nature, which is perceived as vast, powerful, and mysterious; and Inspiring energy defined by feelings of vitality, joy, energy, oneness, freedom, eternity, and harmony with the universe.

Interestingly, researchers found that participants experienced awe when contemplating wild animals more than being, or remembering being, in mountains, large valleys, or forests. They also found that awe can lead to increased spirituality and a feeling of oneness with the environment that leads to caring for others”.

In conclusion, they found that sublime emotions inspired people to be more nature-loving, but not many new environmentally aware participants took action in a conservation initiative. As an Ecopsychologist, who takes people into wild places to gain personal and professional life-changing understandings, I have seen great shifts in participants in Wilderness Encounters towards giving back to wild animals and wild places where their lives were changed. I wonder if actions of- gratitude more frequently follow personal transformation when those who experience these life-changing transformations have had time to reflect and process the wildlife experience straight after they happen.