No More Killing of Innocence: A Brief On POCSO ACT 2012 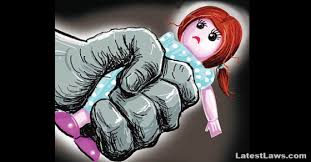 A 35-year-old man had taken a girl on a cycle ride on the pretext of taking her to a festival instead he took her to the jungle and committed the brutal rape and murdered her.

Avinna Pattnayak, Special Public Prosecutor told, "The court has found the accused guilty of raping & murdering the girl. He took her to the jungle where he raped & murdered her by strangulating her. The court considered it a heinous crime & awarded death penalty to him".

The Ministry of Women and Child Development- championed the Concept Of Protection of Children from Sexual Offences (POCSO) Act 2012 to effectively address the heinous crimes related to sexual exploitation, abuse, harassment to the children through less ambiguous and more stringent legal provisions and provide the establishment of special courts and to trial such offenses. In 2019 the Act was amended to make to provision for enhancing the punishment for different purposes to dater the perpetrators ensuring security, safety, consciousness and, a dignified childhood for a child.

The POCSO Act recognizes the best interest and welfare of the child as a paramount matter which is important at every stage for ensuring the health, physical, emotional, intellectual, mental, and social development of the child.

The Act is gender-neutral and only takes the concern for protecting the futures of the nation that is the children.

The Act defines the “child” to a person who is below 18 years of age and elaborates various forms of sexual abuse, exploitation, harassment, including the use of children for pornographic purposes, penetrative, and non - penetrative assault aggravated Sexual assault, and also protecting the children from these type of offenses and punishing the offenders under the various legal provision.

An offense is considered to be graver if the offender is a police officer, a public servant or, any member of the staff at a remand home, observation or protection home jail, educational institution and, hospital, or member of an armed or security forces.

The Act mentions stringent punishment graded as per the gravity of the offense with a lengthy term of imprisonment for life and with a fine.

A sexual assault is considered “aggravated” under such circumstances where the child is mentally ill or abused by a person in a position of authority or trust who has a connection with the child for example a guardian or a family member, teacher, doctor, etc.

It specifies “child pornography” as any visual depiction of sexually explicit content, to direct involvement of a child that includes video, photographs, computer-generated or indistinguishable images from an actual child, and the images adapted, created, and modified depict a different situation and actions of the particular child.

POCSO Act 2012 is aimed at giving protection to children under the age of 18 years against getting trapped in sexual offenses, the types include :

3.   Sexual assault- It includes any sexual intention or touch in the vagina /penis /breast/ anus without involving penetration.

4.   Aggravated sexual assault- It includes sexual assault by a person in a position of trust or authority like a police officer, members of armed forces, teacher, a commission of gang sexual assault, or assault on a mentally ill child.

5.   Sexual harassment- It involves any sound or gesture with a sexual intention or constantly following or contacting the child or showing or using a child for pornographic purposes.

1. Penetrative Sexual Assault (section 3)-Whoever committing a penetrative sexual assault on a child who is below 16 years of age shall be punished with a term not less than 10 years or 20 years of imprisonment, it can also lead to imprisonment for life and also be liable to fine under section 4.

2. Aggravated Penetrative Sexual Assault (section 5)- According to section 6, a person committing aggravated sexual assault on a child will suffer from imprisonment not less than 20 years extending to imprisonment for life with a fine.

3. Sexual Assault(section 7)-Section 8 mentions the person committing sexual contact without penetration will suffer from imprisonment not less than 3 years and extending up to 5 years with a fine.

4. Aggravated Sexual Assault by a guardian or person in authority (section 9)-According to section10 punishment will be not less than 3 years and extending up to 7 years with a fine.

6. Using children for Pornographic purposes (section 14)- Punishment not less than 5 years and fine also in the event of subsequent the conviction which may include 7 years of fine or imprisonment section 14(1).

7. Penetrative Sexual Assault while using a child for pornographic purposes-in case the child is below 16 years punishment shall be not less than 20 years, and above 16 10 years.

8. Sexual Assault of a child while using pornographic purposes- The punishment awarded is 3 years extending up to 5 years.

9. Aggravated Penetrative sexual assault for using a child for pornographic purposes- punishment no less than 20 years of imprisonment with fine

10. Aggravated sexual assault while using pornographic purposes- Punishment suffered would be 5 years extending up to 7 years.

11. Any person intentionally tend to share or transmit child pornography or storing or possessing pornographic materials by any form of involving a child that eventually fails to delete or destroy or report to the designated authority shall be awarded a fine not less than 5,000 also in the event of second subsequent offense along with the fine of Rs 10,000. Any person storing or possessing pornographic materials and which includes involving a child to satisfy commercial purpose shall be punished in the very first conviction a punishment not less than 3 years extending up to 5 years with fine or with both.

12. The consecutive or subsequent convictions shall be not less than 5 years extending up to 7 years with a fine.

13. Any person storing or possessing pornographic materials and involving a child for propagating or transmitting or even displaying or distributing in such a manner at any point of time excluding the purpose of reporting for example using the evidence in court shall be punished with imprisonment up to 3 years with a fine or with both.

The POCSO Act 2012 which came into force on 14th Nov 2012 was passed by the parliament as a special law to prevent children from sexual harassment, offenses, and abuse but still, it remains to be an implemented law that is unknown to many. Authors are in a conclusion that law is beyond any information or knowledge of those who need to apply it. One would be surprised to come across unfortunate rape cases of remote areas as well as cities like Delhi, Kolkata, and Mumbai where crimes are unreported or hidden to feed social orthodox and political reasons. It is now the matter of central and state government improvises (by including reformative measures) and implementing these laws by creating effective machinery in or to check heinous crimes of gross sexual harassment and abuse all children by enlightening the nation and concern department about the POCSO Act. In 2018 in local court announced and awarded capital punishment to an offender for raping and murdering a minor girl of a tribal community.